Seth DeMoor raised at least $20,000 for those who lost their jobs due to the COVID-19 pandemic. 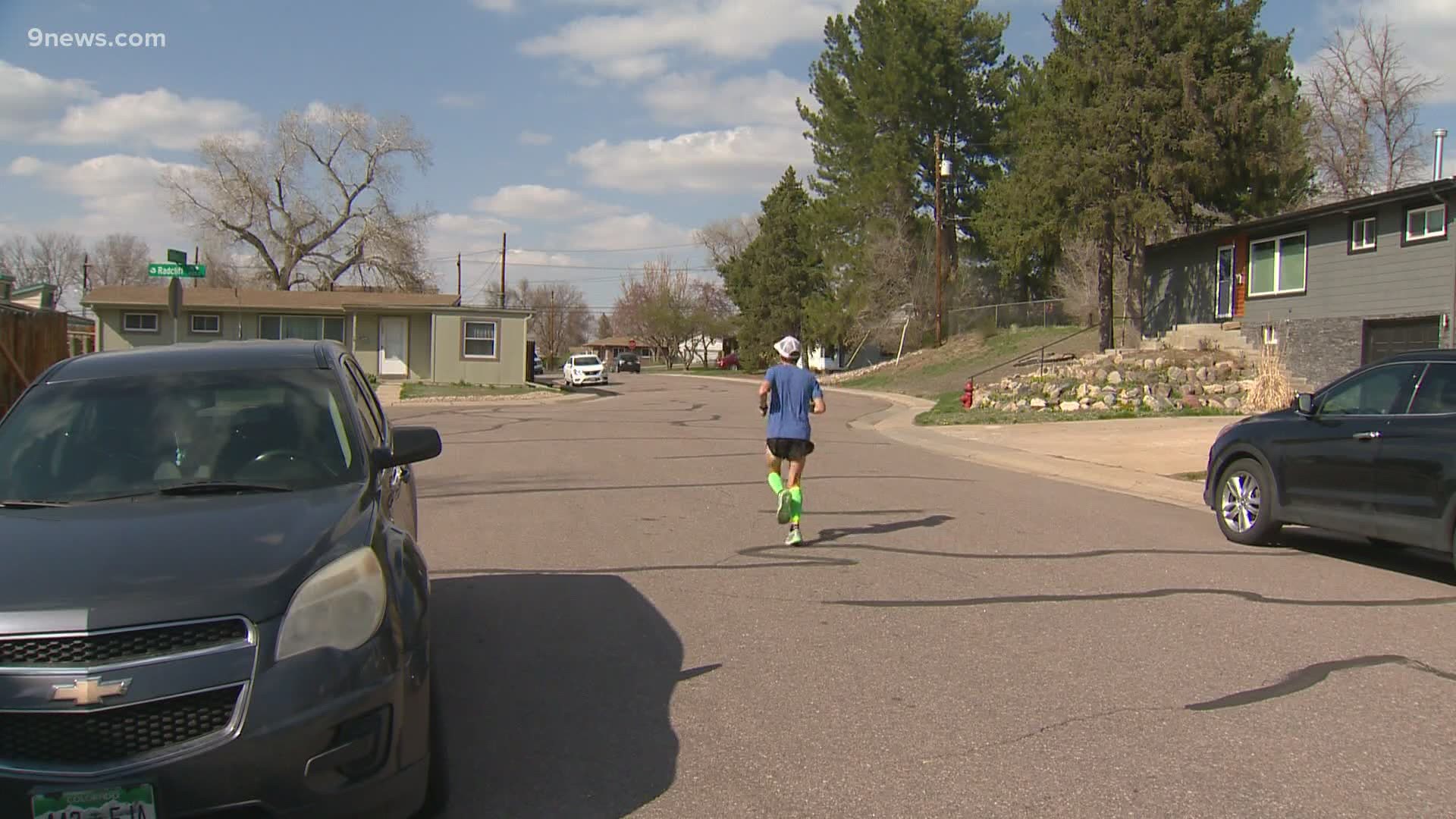 ENGLEWOOD, Colo. — Throughout the COVID-19 pandemic, we have seen Coloradans continue to step up and help each other in so many different ways and using whatever gifts or talents they may possess.

Some people are crafty and are sewing masks, others can cook and are prepping meals for their neighbors and many people are using their strong vocal cords to cheer on the workers on the front line of the outbreak every night at 8 p.m.

RELATED: Chef who was laid off volunteering to prep hundreds of meals for metro-area families

Then there's Seth DeMoor. He wasn't gifted with a couple of the talents listed above, but the man can run -- and for a long time.

DeMoor was supposed to run a marathon in Germany, this weekend. Clearly, that's not going to happen. So, DeMoor decided he'd run farther and with a much bigger purpose.

He vlogs his runs daily on YouTube and has accrued a following of nearly 72,000 subscribers. When stay-at-home orders started being issued across the U.S., some of those subscribers asked DeMoor for help.

"I started hearing stories of people down in the comments sharing how they lost their job and they don’t know how they’re going to pay their rent," DeMoor said. "I just can’t even imagine that anxiety and not knowing how you’re going to pay your bills or your rent the next month. It’s really tragic."

Wanting to help, DeMoor hit the ground running -- 50 miles, to be exact. He asked people to pledge money for every quarter of a mile he ran. If you do the math, that's about 200 laps.

DeMoor planned to run those laps at a track, but all are closed while stay-at-home orders remain in place.

Instead, DeMoor ran the miles around his neighborhood.

"The looks I received yesterday were very interesting," he said. "I’ll just put it that way. They didn’t know what was going on."

Most people who pledged money made a promise of $1 for every quarter mile. A few people pledged $10. Totals are still being tallied, but DeMoor said at least $20,000 has been raised so far.

"Again, I cannot sew," DeMoor said. "But I do know how to run, so using our talents to help people through these tough times."

Initially, DeMoor planned to donate $1,500 each to nine families.

"But, obviously, we went well over that amount so we’re actually going to reach out to some more families because we have the gifting ability now to help more people," DeMoor said.

DeMoor said they hope to start sending the money to each family as early as this weekend.