The Italian carmaker heard about the 3D replica and made the Backus family a part of their holiday commercial. 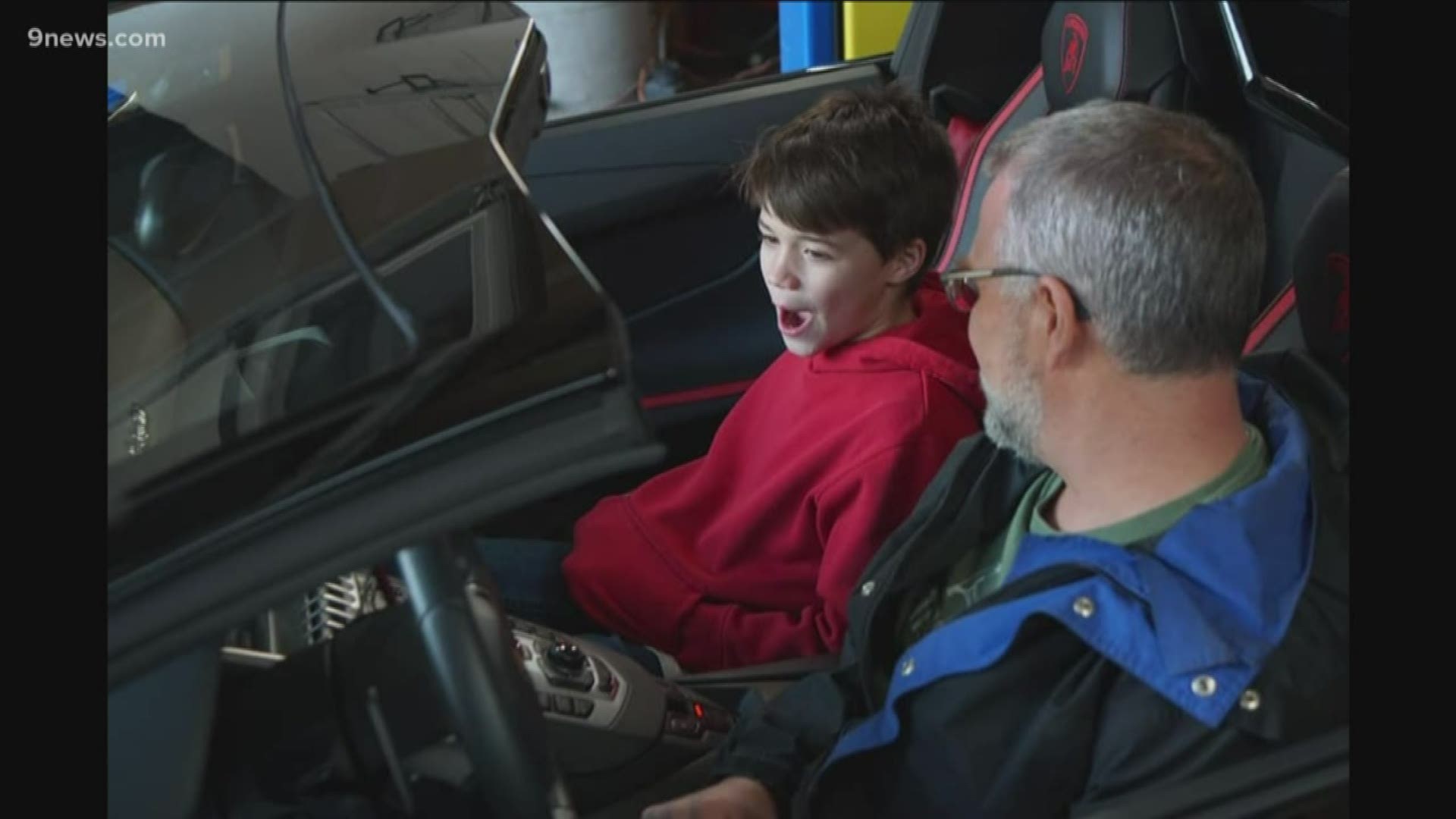 ERIE, Colo. — The Backus garage isn’t like most in the neighborhood.

In between welding tools and steel plates, a wild dream has come to life.

"We do have a lot of failures and things that go wrong. We have to solve those problems one at a time," said Sterling Backus. "It’s really one of those epic things that happen to people that is absolutely fantastic."

Two years after they started, Backus and his son Xander are almost done 3D printing a Lamborghini replica. And as that dream car comes to life, another dream became reality.

"This has gotten way bigger than I thought it was going to be. I didn’t think we were going to have Lamborghini offer us a chance to be in their second advertisement ever," said Xander Backus. "It was awesome. It’s not every day you see a Lamborghini Aventador inside your garage."

When the legendary Italian supercar-maker heard about the Backus’ obsession with Lamborghini, they flew halfway around the world from Italy to Erie, Colorado to make them a part of their holiday commercial.

Xander Backus said he had no idea his 3D printed replica would be replaced by the real thing. The holiday shoot came with the best Christmas present a 12-year-old kid could ask for.

He’s still young now, but whether it’s a 3D replica or the real thing, Xander Backus will be driving the cars most kids only see on posters.

You can watch Lamborghini's commercial shot with the Backus famil in Colorado here.