The tip was divided among the Notchtop Cafe's seven employees. 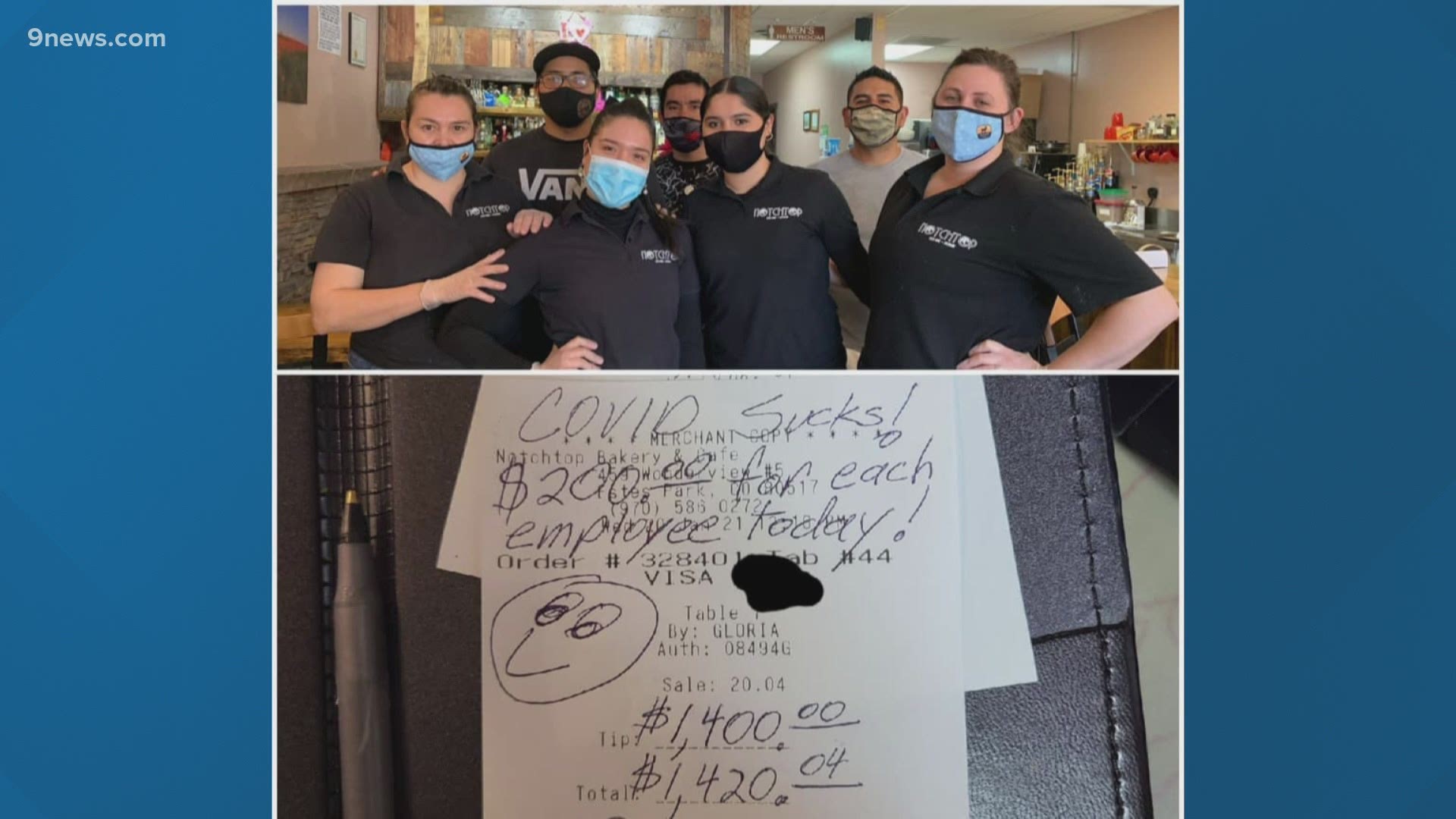 ESTES PARK, Colo — A remarkable act of generosity brought some unexpected joy in dark times to the employees of a cafe in Estes Park.

According to Notchtop Cafe owner Nailya Khametvalieva, one of the eatery's regular customers came in last Wednesday and had a conversation with his server, Gloria, about the difficulties brought on by the pandemic and recent wildfires.

He had worked in the restaurant business before and said he knew how hard it could be, Khametvalieva said.

He asked Gloria how many people were employed at the cafe, and she told him seven.

"I think it's wonderful," Khametvalieva told 9NEWS. "I think we need some good energy like that, especially with the circumstances restaurants are going through...things like that bring hope to my staff."

The customer preferred to keep his identity private, Khametvalieva said, preferring just to be called "The COVID Bandit."

RELATED: 'There is kindness all around us': Restaurant server receives $600 tip

But the generosity didn't end there. Since posting about the gift to the cafe's Facebook page, Khametvalieva, said, at least eight different customers have left $100 tips for her staff.

"It makes us feel like we're not alone here," she said.