The crash happened in January at the intersection of North Broadway and Speer Boulevard. 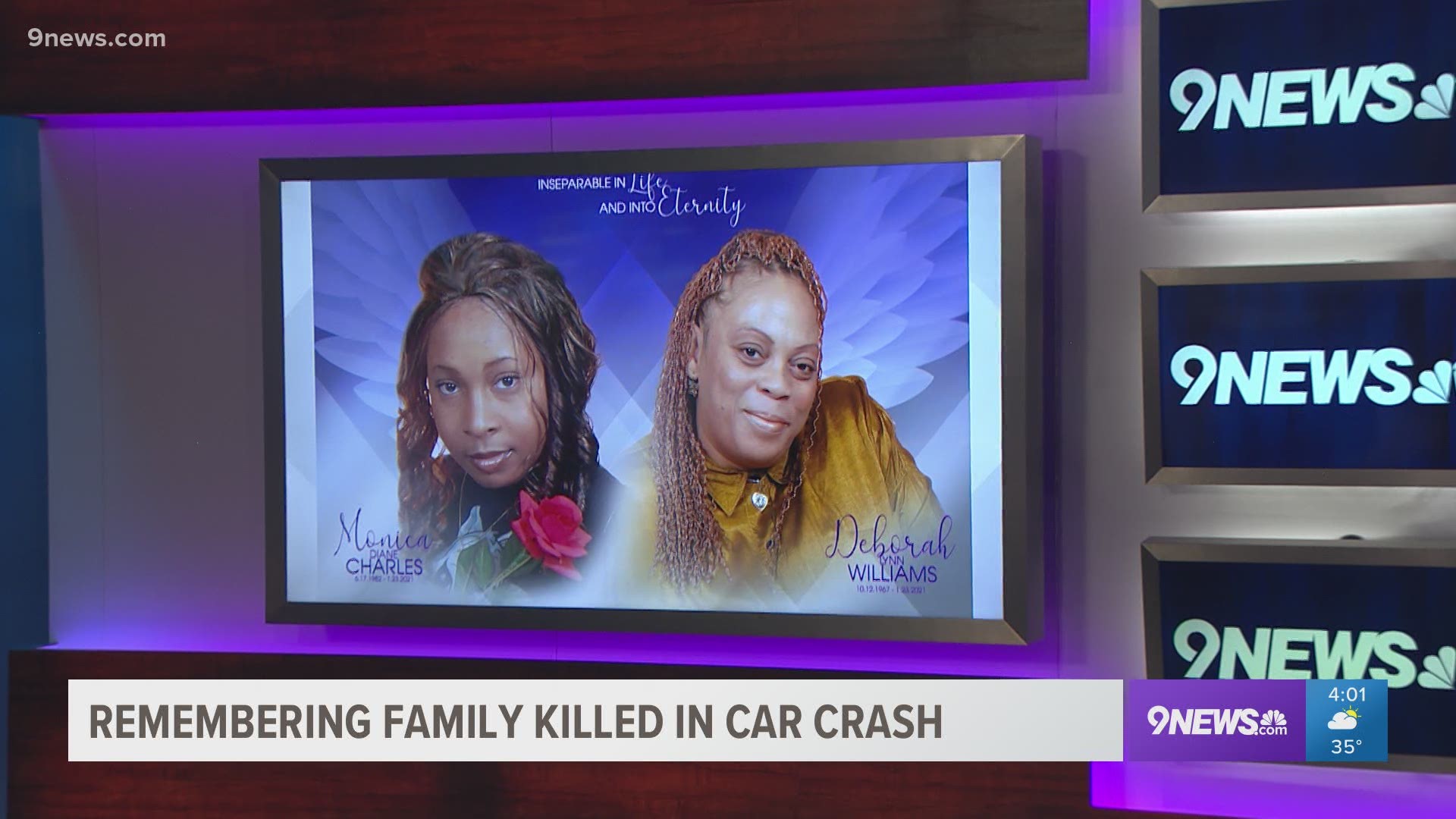 DENVER — The wind scattered snow flurries across the front yard of Shaun Charles' apartment. As cold as it was on a Wednesday morning, as she held a photo of her cousin Monica, she didn't even tremble.

"She's that girl," Charles said with a smile. "She just was so beautiful."

It was the photo Charles knew her cousin would want her to use at her funeral. In it, Monica was dressed in all black with long brown hair and a smile like she was hiding a secret.

Charles remembered the photo vividly because it was one of the only ones without Monica's mother, Deborah Williams, in it.

"They just lived two lives together," Charles said. "I think they were way smarter than the rest of us, they didn’t want to do it alone."

In January, Monica, her boyfriend and her mother were driving near North Broadway and Speer Boulevard when they were hit by a Denver firetruck.

Charles said Monica's boyfriend was still in the hospital. Monica and Deborah Williams both died from their injuries.

Charles and her mother Cynthia said they took peace in knowing Monica and Deborah Williams didn't have to live their lives without one another.

"We always say we’ll do anything for our kids, and my auntie is living proof of that," Charles said as she mentioned Deborah Williams died shortly after Monica.

"Deborah and Monica were absolutely the strongest women in my life that I had the privilege of knowing," she added. "Strong and independent and fearless, absolutely fearless."

As Charles attempted to instill some of that fearlessness ahead of the mother-daughter funeral on Wednesday, she was reminded of the fragility of life and encouraged everyone to try and embrace it.

"If you have that chance, call your family, tell them you love them," she said. "Just like my cousin Monica said, 'You're not promised tomorrow, you don't know your next day.'"

Denver Police told 9NEWS on Wednesday the investigation into the crash is still ongoing.