We have a female VP for the first time; Here's what women in Colorado had to say

Kamala Harris, 56, shattered racial and gender barriers Wednesday when she was sworn into office. 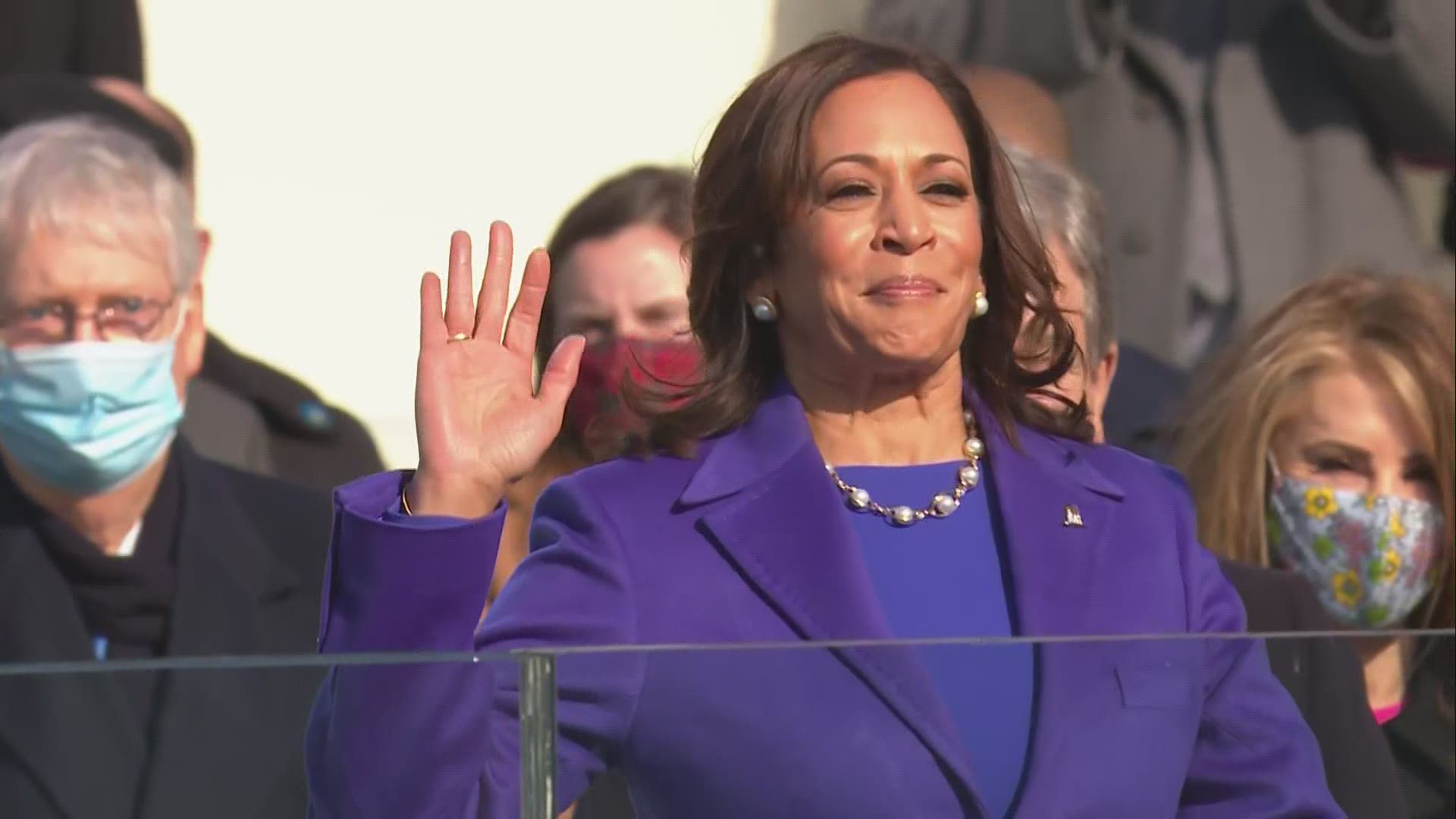 DENVER — Madam Vice President is a term we're all hearing used officially for the first time in the U.S.

And for women in Colorado, seeing the first woman, first Black woman and first Asian American woman become vice president of the United States is a big deal.

Kamala Harris, 56, shattered racial and gender barriers Wednesday when she was sworn into office.

“I am here today because of the women who came before me,” Harris said in a Twitter post hours before being sworn in.

I’m here today because of the women who came before me. pic.twitter.com/ctB9qGJqqp

Here's a look at how women across Colorado spent Inauguration Day and what the historic day meant. 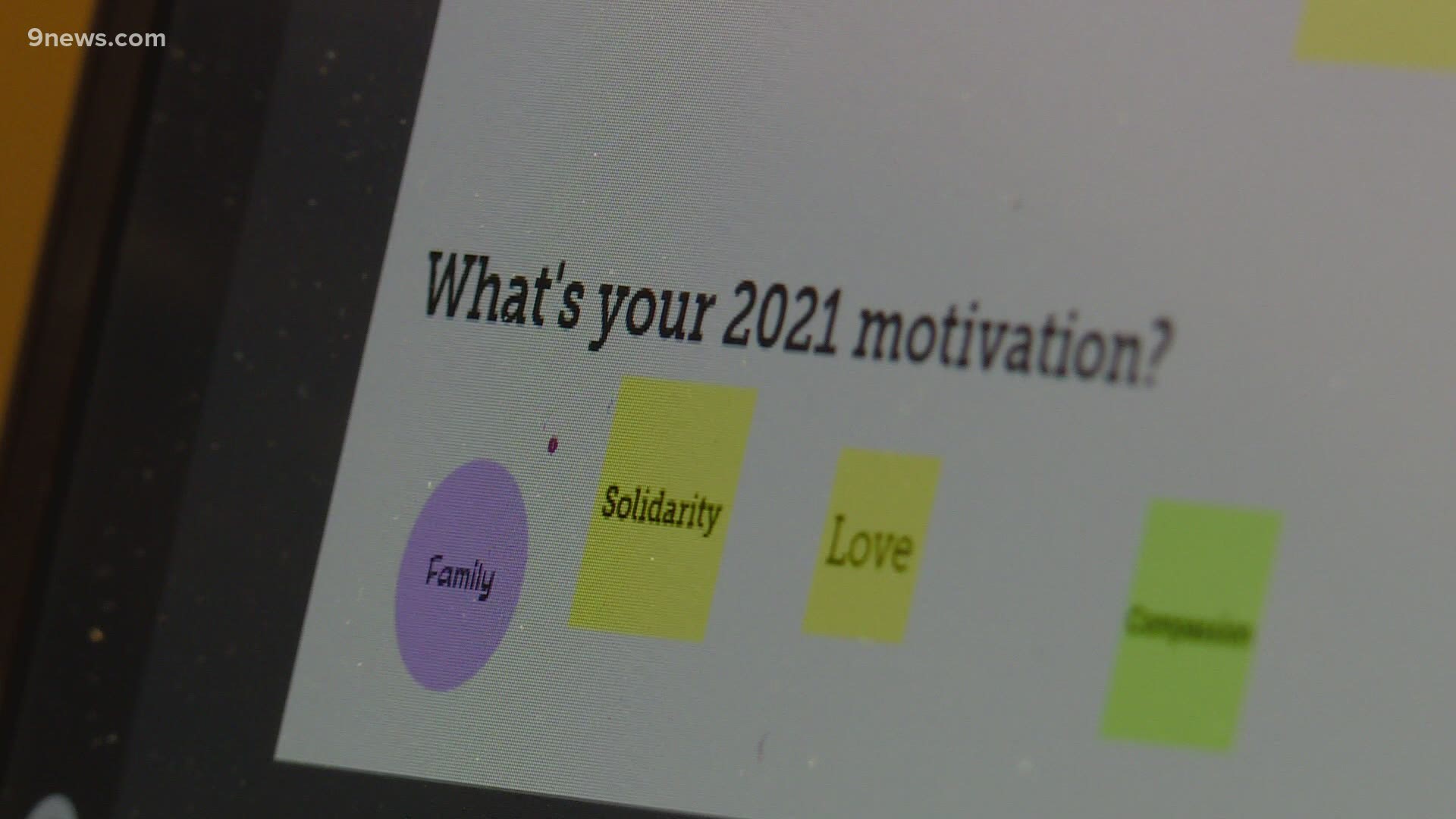 In honor of Harris breaking ceilings, Womxn's March Denver got to work Wednesday morning, launching a virtual motivation mural in place of an in-person gathering

The mural project seeks to share what people would be marching for today if they could march.

For some, it's climate change.

For others, it's representation.

"Just seeing more women contribute to this and participate, it gives me hope that I'm not the only one with hope," Schuckman said. "I think that it's really important that we're all in this together.

"It's not a moment, it is movement," Schuckman said. "So we want to make sure to keep that moving forward. So that's also why we wanted the question, 'what's motivating you?'"

>> The motivational mural can be found here 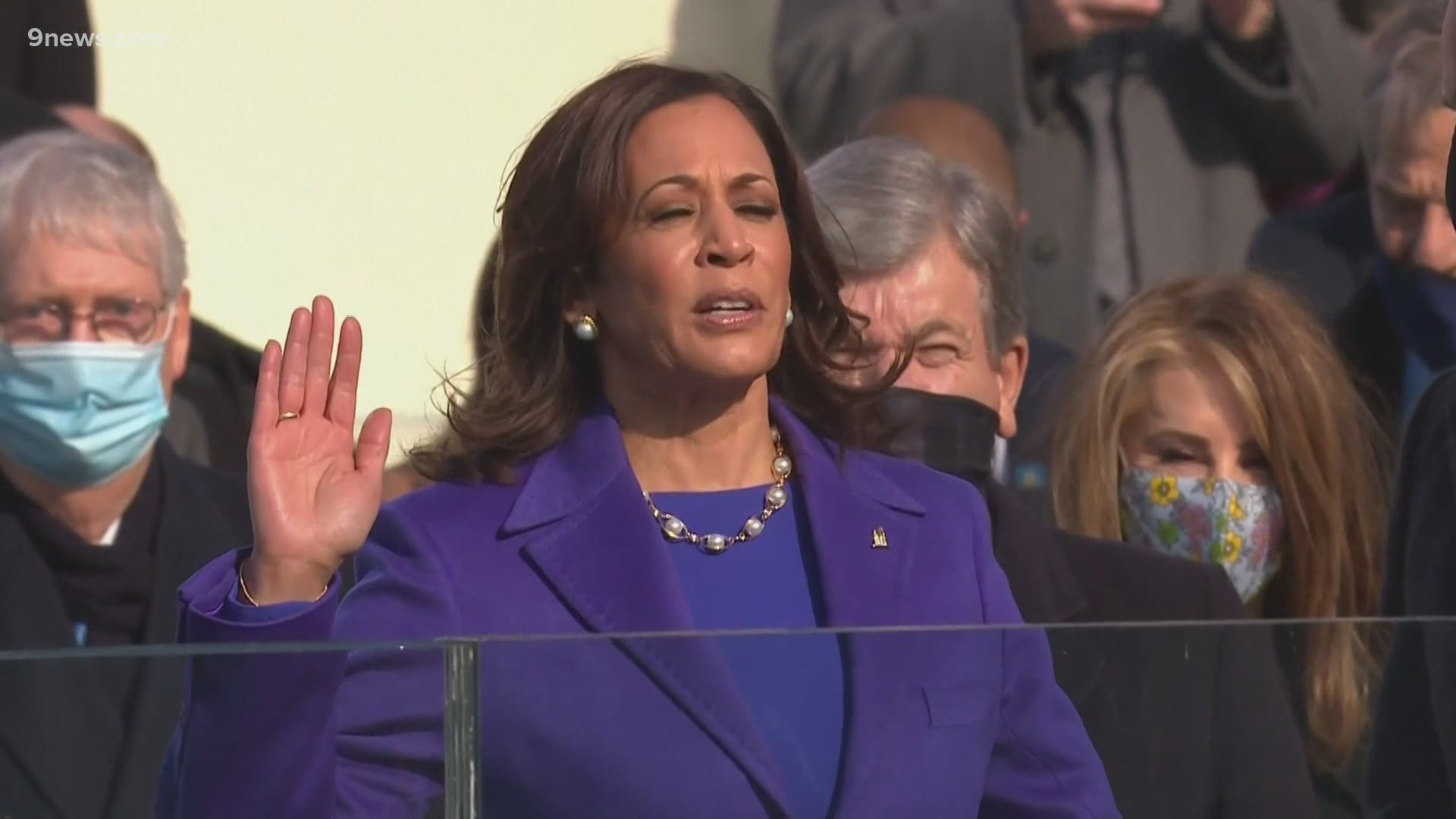 For Adya-Shere Walker, a woman of color, opening the door to the White House is personal because she said it opens doors for her 10-year-old daughter, Lauren Badger.

"I was just watching in awe. And I was like, is this real?" Walker said. "Like, is this really happening? I was still in shock that we're in this time right now, because who would imagine right? Who could imagine seeing history being made like this?"

As the executive director of Emerge Colorado, Michal Rosenoer wants more moms to realize these opportunities aren't just for their daughters.

The local political organization is hoping to use the momentum from the first female vice president to recruit and train even more women in Colorado to hold office in every level of government.

Since 2002, Emerge Colorado has trained thousands of women to run for office.

"We want working women, women who have struggled, working mothers, to think of themselves as future leaders," Rosenoer said.

"We're not going to be able to address the problems facing [Colorado] unless the people closest to those problems are in office," she said. "That's our vision, a truly equitable representation in government for all women."

When asked herself about the historic day, Rosenoer said, "I for one will be crying ugly tears for many days to come."

With eyes on Harris as she made history Wednesday, many women in Colorado saw someone in a significant government role who, for the first time, reflected and represented them.

But with the excitement and inspiration comes the question: Why did it take so long to get here?

"It’s about time," said Terry Nelson of the Blair Caldwell African American Research Library in Denver. "We knew it was possible ... the hard work paid off.

"With my daughters, who are very grown, said 'why did it take so long?'" Nelson added. 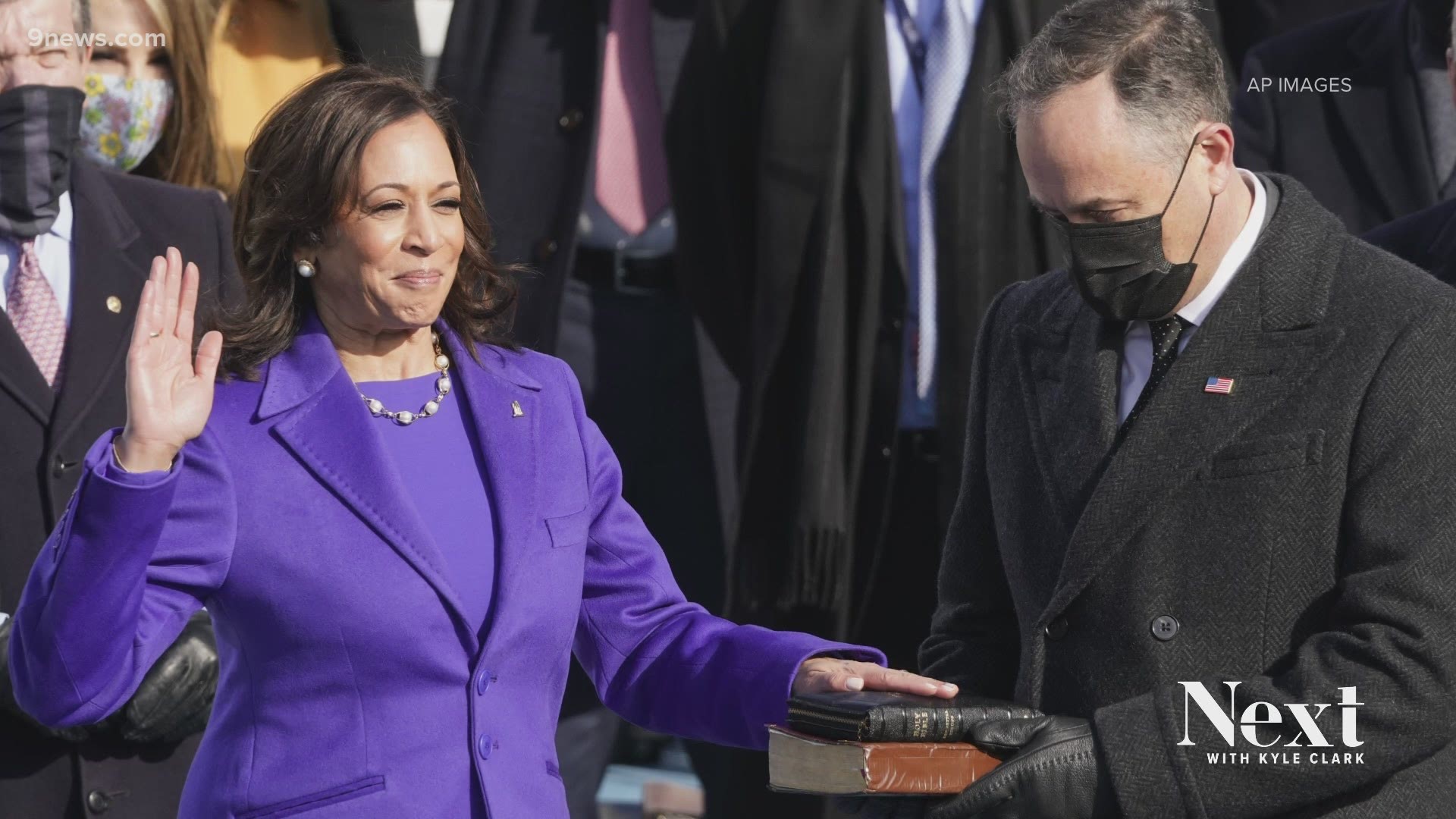 Ward agreed, saying she believes there is more work to do.

"The fact that we are still sitting here and having the conversation about a woman of color as VP is still happening," Ward said. It’s still a big historical thing. I think that means there is still so much more to do."

"This is so impactful not just in the nation but all over the world," she said adding that her community specifically needs more representation Muslim or Palestinian.

"We don't have enough people speaking out for us," Ziyadeh said."Not only do we need to progress and elect more people who represent our communities, but also fix unfair systems." 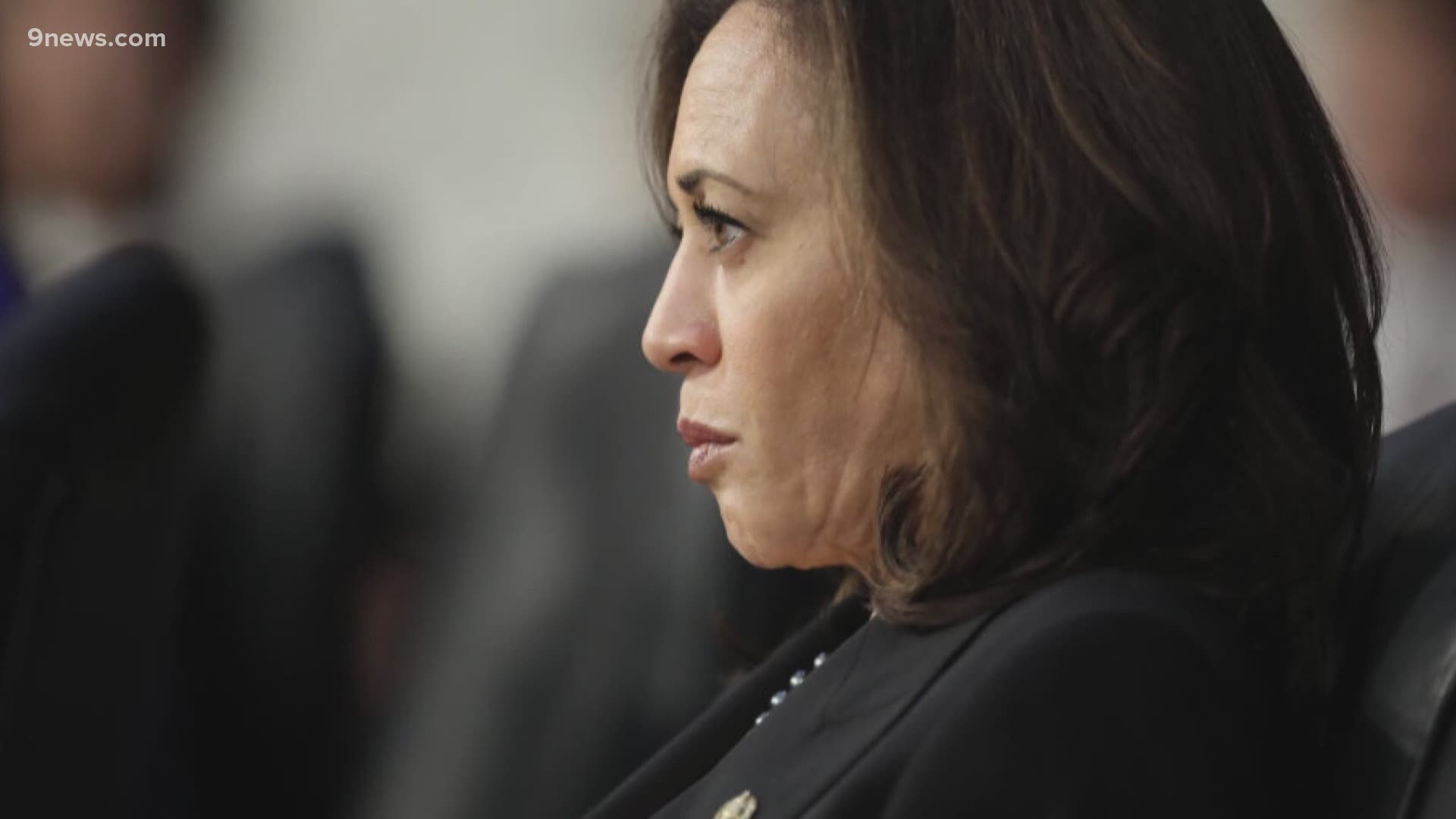