For those who feel at a loss, there's a local way to support El Paso and Dayton

A group of mass shooting survivors in Aurora is offering support to recent survivors, through a love letter on a crane. 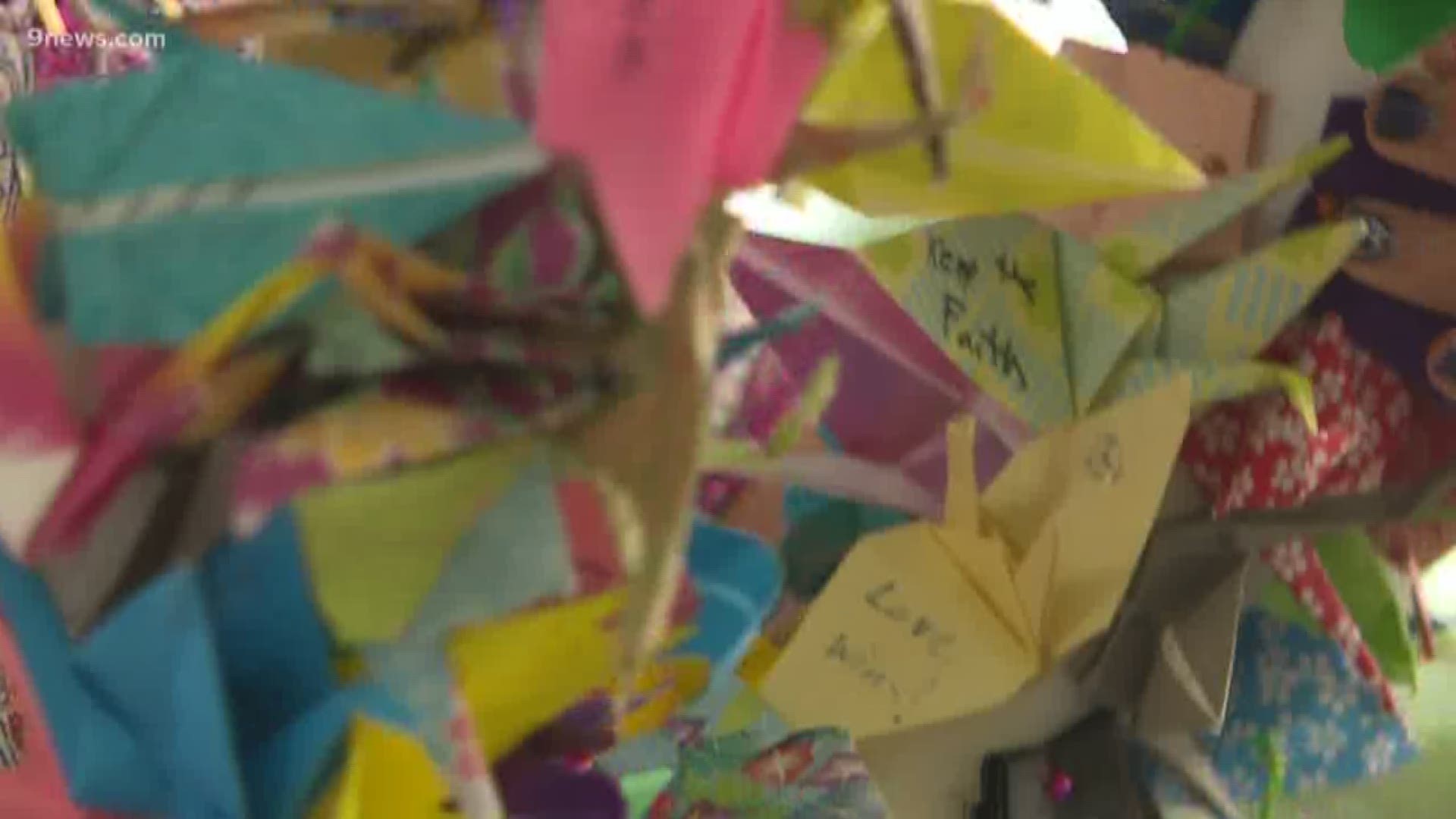 DENVER — For those who feel at a loss, faced with the news of more mass shootings, there is a local way to send support.

Dearman is the vice-chair of the 7/20 Memorial Foundation, a group made up of families of victims, survivors, and others directly impacted by the Aurora Theater shooting.

They also work to send letters of support to other communities, through the Paper Crane Peace Project.

The idea is to make a wreath out of origami cranes that are filled with notes of love and support.

According to the Paper Crane Peace Project's website, the members "know first- hand the impact that banners and words of encouragement sent to us in 2012 had on us," and this project is their unique way to pay that support forward.

"We’re going to send cranes to these communities who really do need our love and support right now," Dearman said.

While she said she collects increasingly more cranes than she'd like, she is far from giving up on this show of support for mourning communities.

"You can't just stop because it's happening too much," Dearman said. "We’ll be able to fill wreaths up quickly because tons of people want to give their love."

"There is more love in the world than there is hate," she said. "We appreciate that this story is important enough to share with others because we need to get that message out there."

If you would like to contribute a paper crane to be sent to the communities in Gilroy, El Paso, and now Dayton - you can send your message on Facebook to the 7/20 Memorial Foundation.

They will write your message on a crane to be included.

You can also mail your note to the Aurora Municipal Center:
15151 E Alameda Pkwy
Aurora, CO 80012