Daniel Toliver has built his own Ghostbusters mobile and has been scaring up smiles by showing it to people all over Colorado. 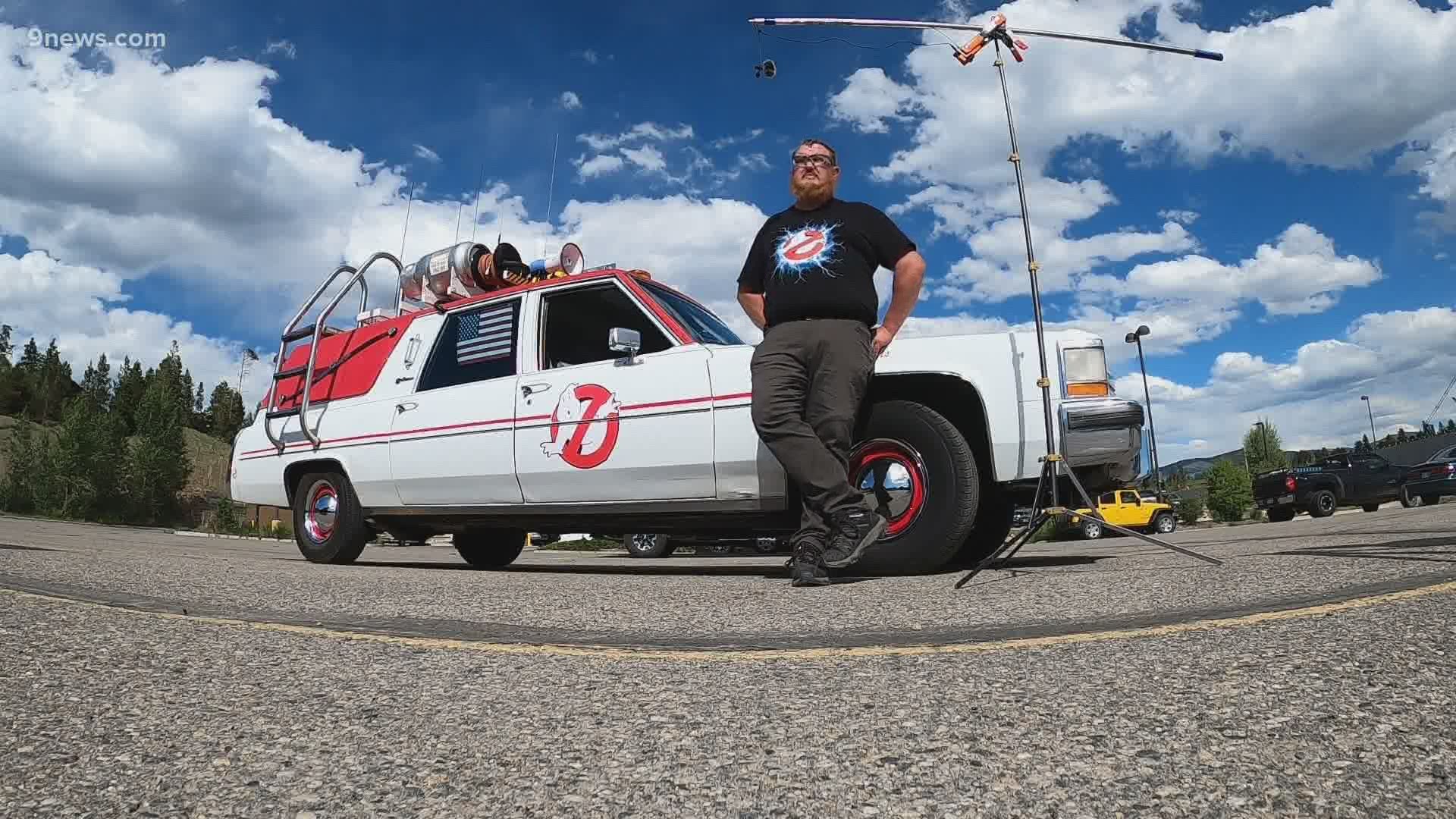 SUMMIT COUNTY, Colo. — Daniel Toliver has been driving around Colorado a lot these days. He lives in Broomfield but stopped in Summit County about an hour west of Denver for some camping recently.

When you see the car he drives, you might think he’s going to be doing a little ghostbusting as well.

“I can’t pull into anywhere without someone yelling 'Ghostbusters' or 'who ya gonna call?'” said Toliver.

That’s because Toliver has turned a 1981 Cadillac hearse into a pretty close replica of the Ectomobile seen in the 2016 Ghostbusters film.

“I took this car and decided I was going to go movie star style, said Toliver. “I researched it and spent many hours searching the web and talking to my Ghostbusters buddies.”

It took about a year to build but now the hearse has Ghostbusters logos, a white and red roof and looks frightfully like the car in the movie.

Toliver said he found most of the props he needed to replicate the car at hardware stores and around the house.

"I have about 80% of the stuff you would find on the roof,” said Toliver .”I fabricated them out of wood. I used PVC pipe from the hardware store. There’s a propane tank from a fork lift.”

The car has working lights and a traditional Ghostbusters siren that’s usually waling as Toliver pulls into a parking lot.

"Little kids are screaming and jumping up and down. We have adults from the 80s hollering,” he said. ‘It's a big scene.”

That big scene also comes with a big payoff. For the last several months during the COVID-19 pandemic, Toliver has been driving all over Colorado trying to put smiles on people’s faces,

He's driven at birthday parades, graduation parades and just about anywhere else people might like seeing the Ecto-1.

“We went to the Berthoud, Loveland area to deliver diplomas. We did different parades for pediatric cancer,” said Toliver. “We did over 300 miles Memorial Weekend and it’s just to make people smile.”

RELATED: This 100-pound puppy is helping people feel welcome when they vacation in the mountains