Girl finds 3 bottles with messages inside at Horsetooth Reservoir

Eden Carlson says it was just a "normal day" until she realized the sunglasses she thought saw were actually buried bottles. 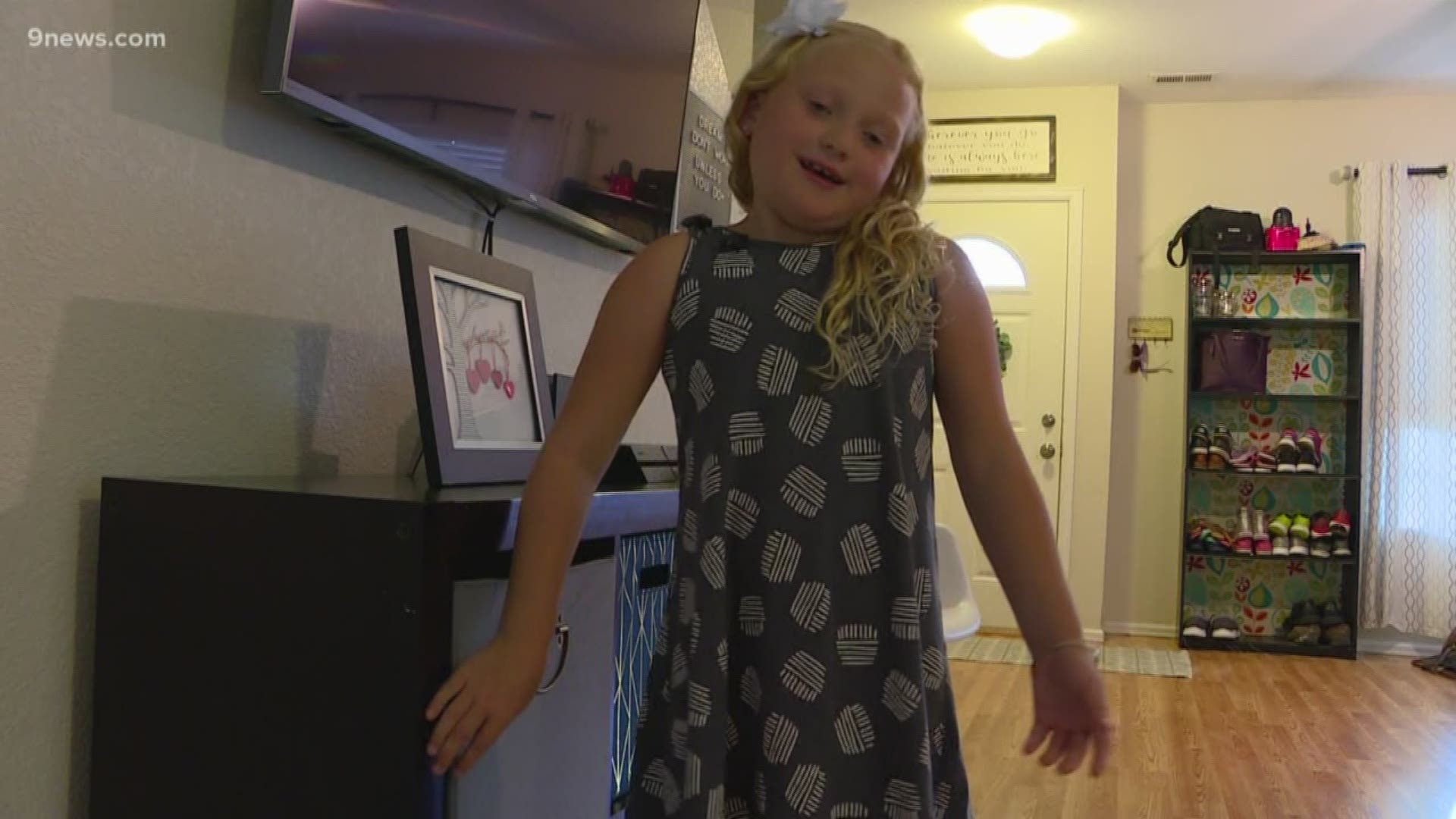 FORT COLLINS, Colo. — On the very last day of August, Eden Carlson said her life changed forever on the beach at the Horsetooth Reservoir.

"It was just a normal day," said the 7-year-old, making sure to point out that everyone but her and her mom were tubing, so she was the only one exploring in the sand.

As she walked around a tree, she spotted something that looked like sunglasses in the sand.

Her curiosity peaked, so she began to dig. Eden realized the sunglasses were actually bottles with pieces of paper stuck inside.

“I was like this could be important," she said from her living room in Henderson. "Like I can’t read this, but this could be really important. Like I didn’t know what to do, so I just told mom."

Credit: Michelle Carlson
Eden and her brother Kale posing in front of the tree Eden where would eventually find the bottles and their messages.

Her mom helped her break a bottle and read the first note.

It was tough, but they were able to decipher one from a man named Josef Schneider, some names on another, and the date May 13, 2013, on the third.

The note by Schneider reads "I am a freshman at CSU and I am from California and I love my life. Thanks for the memories."

The back of his note is the most puzzling for Carlson.

"It's pretty weird," she said.

It turns out, Josef Schneider ended up getting a job at CSU, and he always thought the messages had washed away.

9NEWS tracked him down, found his number, and asked Eden if she wanted to give him a call.

"Hi," said Eden. "I was the one who found your messages in the bottles."

"That's so exciting," said Schneider. "I didn't think those would ever be found again."

"I was only one when you made these," Eden proudly proclaimed.

He went on to tell Eden he and friends were celebrating after finishing their finals, and they all had a special bond they wanted to remember forever.

Credit: Josef Schneider
The 2013 photo Schneider and his friends took the day they wrote the messages.

The "Eagle Powers" message was a quote from their favorite movie, Nacho Libre.

“It says something about going to the movies with people we love," said Eden, reciting the messages to Schneider, who had forgotten what was written.

The messages don't include anything of historic importance, just moments of happiness bottled up in 2013 and saved to make Eden Carlson happy 6 years later.

"It's just so exciting," she sighed. "This is actually really cool, and I would rather find this than just a bunch of gold."