'I just hope we all do right by my dad:' Daughter hopes people come together to make streets safer after father dies riding his bike

Scott Hendrickson was killed in a crash while riding his bike earlier this month. Tuesday, his daughter and friend made a 'ghost bike' in his honor. 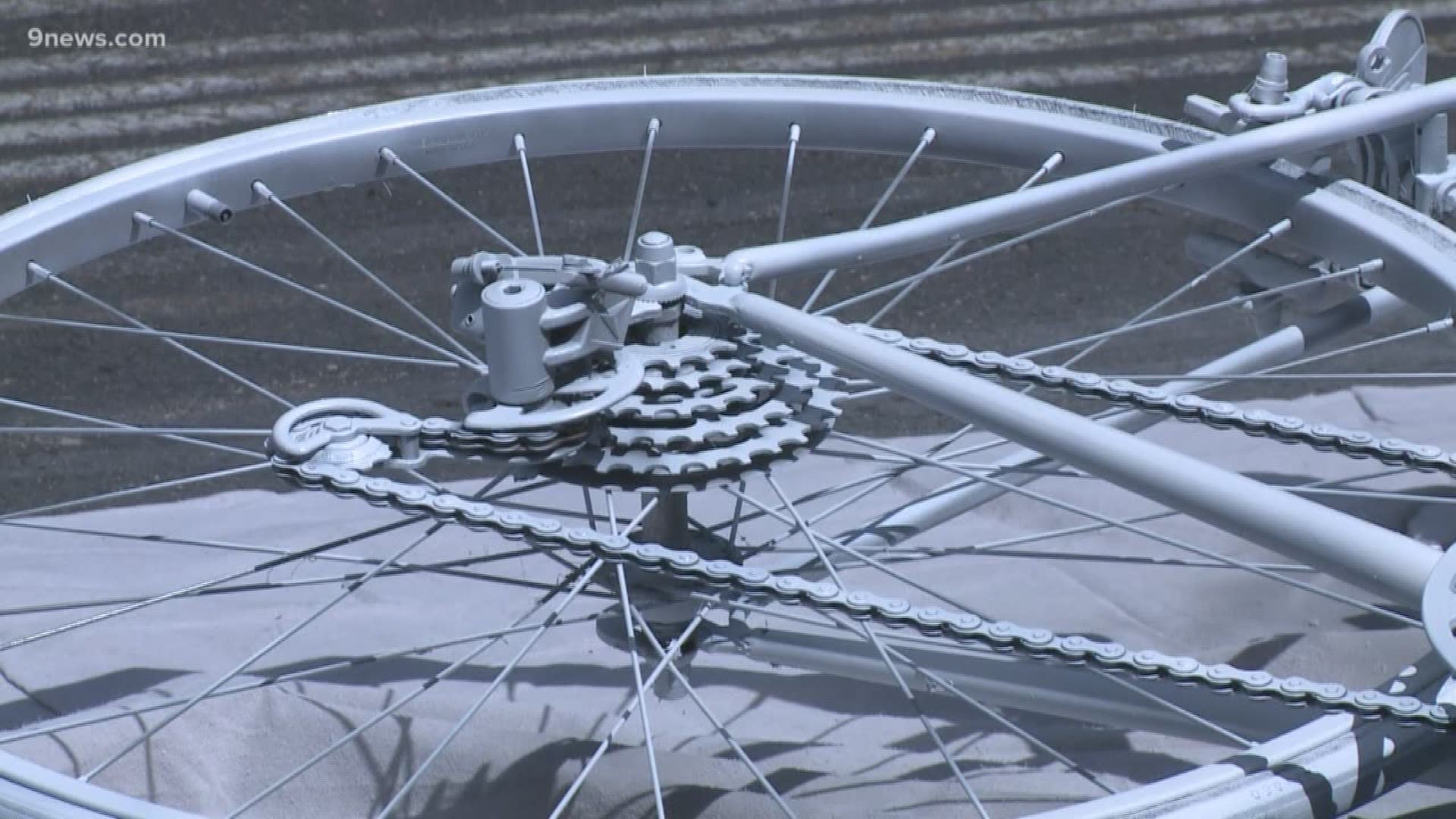 Madison Hendrickson was remembering her father while standing with a newly painted bike. “It’s gonna hurt for a really long time,” she said.

To friends, he was known as ‘Crazy Uncle Scott.’ To Madison, he was simply ‘dad.’

Scott Hendrickson was an avid cyclist, a pedi-cab driver, a bike shop worker and an advocate for better bicycling infrastructure on Denver streets.

“When I think about my dad, biking always comes up,” Madison Hendrickson said.

Scott Hendrickson died following a crash with a car on July 12. He was riding his bicycle near West Bayaud Avenue and South Tejon Street in Denver’s Valverde neighborhood.

“As long as I can remember, my dad was on a bicycle,” Madison Hendrickson said. “It was what he did. It’s what he loved to do and I shared that with him for a really long time.”

Madison recalled riding a tandem bike with her father on bike to work day, riding bikes with him in Denver parks and riding to Dairy Queen on occasion just to get a little treat.

“We’d get vanilla ice cream cones and a cherry dip,” she said.

One of Scott Hendrickson’s first road bikes will soon stand as a memorial to him, painted white Tuesday by Madison and one of her father’s friends.

The 'ghost bike' will stand at the intersection of Scott Hendrickson’s accident.

“This is a device that gets people to think about their own safety, the safety of others when they’re riding or driving,” said Brad Evans, a close friend to Scott Hendrickson.

“I hope this will remind people to look twice, to look four times when they go through an intersection or they turn a corner,” Madison Hendrickson said.  “Think harder about what you’re doing and who it could impact.”

She also believes her father would approve.

“I think he’d be honored that he was kind of a jumping-off point for more involvement, more knowledge about what’s going on,” she said. “I think he would revel in the fact that so many people are rallying together to support safer streets and cyclists and pedestrians.”

Scott Hendrickson was the first bicyclist killed in a traffic crash in Denver in 2019.  Alexis Bounds became the second after a crash near the Denver Country Club on July 24th.

Both will be honored Wednesday. The group behind the Denver Cruiser Ride will dedicate its monthly ride to them. A candlelight vigil will also be held Wednesday night to honor all the people killed in Denver traffic crashes in 2019. It begins at 9:30 p.m. at the intersection of South Marion Parkway and East Bayaud Street.

“I know he’s still going to be with me and there are a lot of ways I can go about life to honor him and remember him in ways that will make him happy,” said Madison Hendrickson. “If this is a rallying point for people to sign petitions for better bike lanes or overpasses for bikes or safer streets, then I think that’s a great thing. I just hope we all do right by my dad.”