'It's amazing!': 4-year-old's reaction to her first time playing in Colorado snow

Trinity was told by doctors that she would never walk. Tuesday, she got to play in the snow. 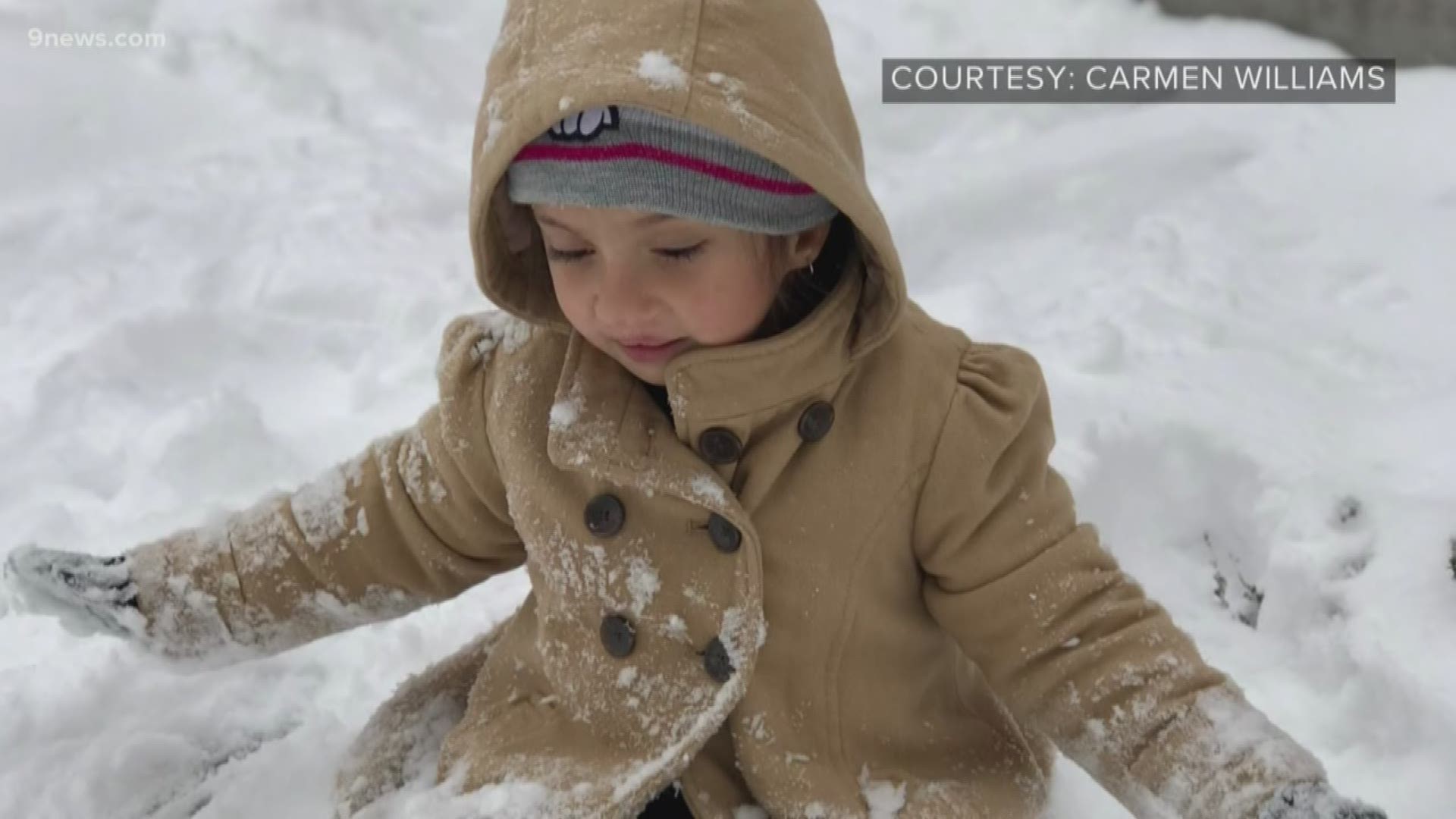 LAKEWOOD, Colo. — You may not remember the first time you played in snow, but it's hard to forget a four-year-old girl's experience in Lakewood this week.

Trinity Lucero was born with Caudal Regression Syndrome, a disorder that impairs the development of the lower half of the body, according to the U.S. National Library of Medicine.

Williams said her daughter was also born with a bilateral club foot.

"She was not able, for a long time, to wear shoes," Williams said.

In August 2018, Trinity had surgery to correct her feet which Williams said was a game-changer. She's now able to wear leg braces and has become more mobile with the help of a walker.

"Everything they said she could not do, she's done," Williams said.

That includes playing in the snow for her first time.

Trinity's legs require special protection from getting wet or cold since she can't really feel them.

"She wouldn't be able to know that they were cold," Williams said. "So, if anything were to happen after, I wouldn't really know. So, we could not let her feet get exposed to something like that because I wouldn't know if it hurt her or anything like that."

Williams eventually found shoes and boots with zippers that fit Trinity's feet while wearing her braces. Because of that, she decided to let her daughter experience her first time in the snow.

In videos recorded by Williams, Trinity is heard shouting as she played in the snow, "Mama, this is amazing!"

"I cried," Williams said. "I had cried just because it's the little things like that people take for granted. So when she does do them, it's exciting."

Williams said this just adds to a growing "laundry list" of things doctors said her daughter could never do. Though she expects Trinity will need the leg braces for the rest of her life, Williams said she knows they won't hold her daughter back.