There’s a Parks and Rec-style feud happening between JeffCo’s libraries and open spaces, and we’re here for it

There is a Tammy 2 and Leslie-caliber feud happening in the west Denver metro area (on Twitter). 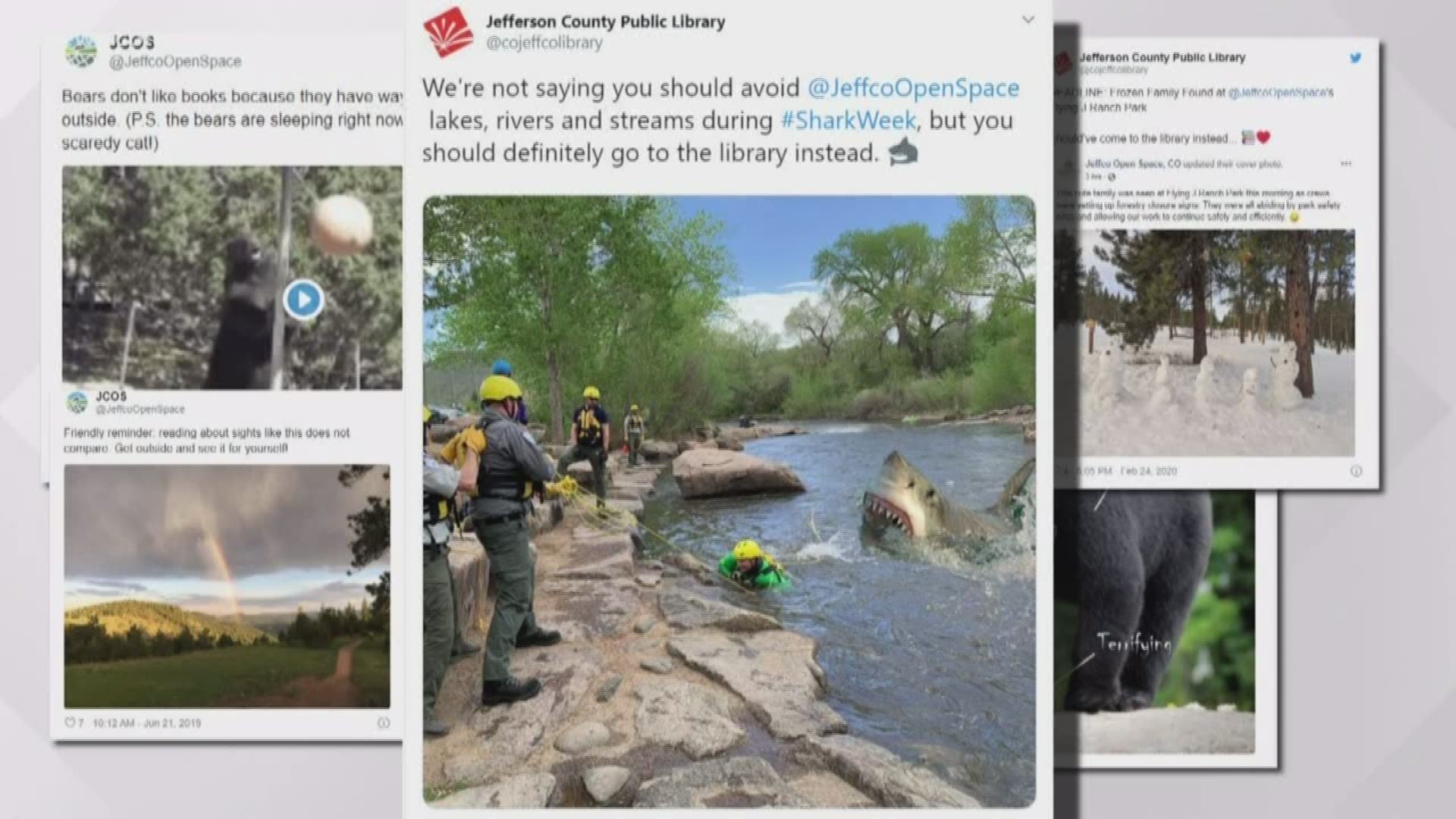 JEFFERSON COUNTY, Colorado — There is little backstory to the fictional community of Pawnee, Indiana’s legendary war between the Parks and Recreation Department and the public library.

”Pawnee’s library department are the most diabolical, ruthless bunch of bureaucrats I’ve ever seen,” the otherwise nice Leslie Knope once said. “They’re like a biker gang, but instead of shotguns and crystal meth, they use political savvy and shushing.”

While it’s difficult to draw comparisons between the world of “Parks and Recreation” (which is better than “The Office” – don’t @me), a similar rivalry is currently occurring in the real world … and has been for months.

The most recent shots were fired on Tuesday, when the Jefferson County Public Library tweeted a seemingly innocuous graphic about proper hand washing amid COVID-19 concerns in Colorado.

The lyrics to the library’s hand washing song read: “My library is better than Jeffco Open Space, I’d rather read a book than get mud on my face, Leslie Knope may be fictional, but she’s who we blame, our relationship with parks may never be the same.”

The song also makes a reference to “book jockeys” and staring at trees all day.

While the feud between Jeffco’s parks department and library hasn’t escalated to Tammy 2 levels, it has been playing out on Twitter for quite a while.

RELATED: It’s been a while, so let’s unpack how funny the Cheyenne Police Department is on Facebook

RELATED: Once again, we need to talk about how funny the Cheyenne Police Department is on Facebook

For instance, when Jeffco Open Space tweeted a warning about coyotes, the library made the fair point that you don’t typically encounter these predators inside.

But, when the book jockeys at the library informed the parks department that bears don’t like books, they fired right back.

The library, meanwhile, hopped into Jeffco Open Space’s mentions to remind potential park users that there’s never mud or wetness at the library.

But, the library has also attempted to counter “fake news” on the part of open space.

And finally, there was this pretty well-done Photoshop:

Maybe now’s the point where it’s worth mentioning this is all in good fun. Again: it’s a reference to “Parks and Recreation,” not true Ron- and Tammy 2-style animosity between parks and libraries.

And in today’s day and age, it’s always refreshing to see people who don’t take themselves too seriously!

And on that note, here are more tweets from the “feud” between Jeffco’s library and open spaces: