Jim started his walk in Cheyenne, Wyoming on New Year's Day and ended today at the Colorado State Capitol alongside Justin Smithey's friends and family. 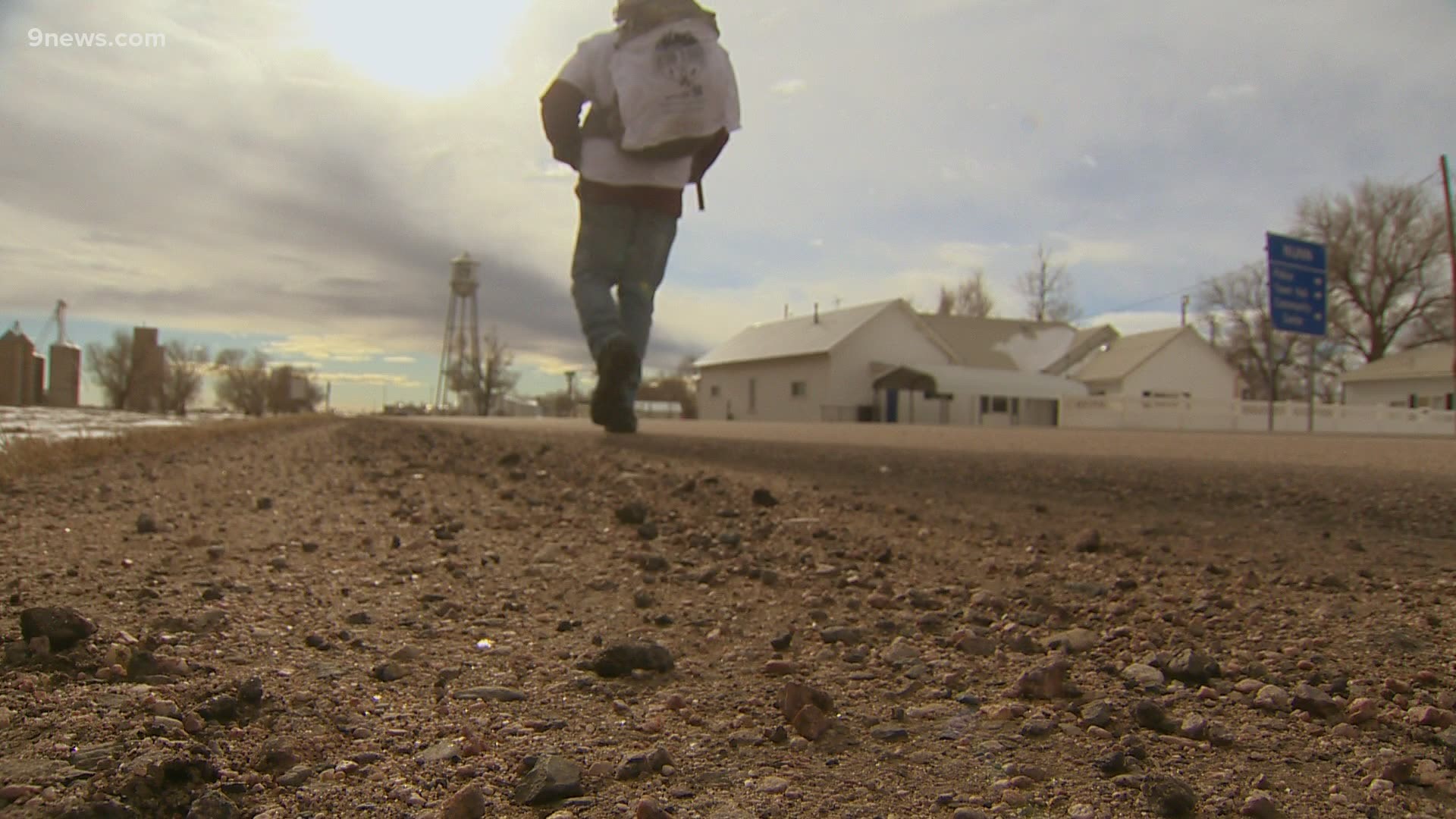 NUNN, Colo. — In 24 years, Jim Hickey, a former marine, has walked 8,500 miles for different people with cancer.  Sunday, he added 128 more after finishing his walk for 21-year old Justin Smithey. Smithey was diagnosed with brain cancer in September.

"There's just a feeling that I know he's going to beat this," said Hickey. "It's because of the love and support that he's getting from so many people who care so much about getting involved with him."

Life for Smithey since September has included multiple seizures a day.

“It was mind boggling, life changing," Smithey said. "You know, never would I have thought one day I would just wake up and be told you have brain cancer. But you know anything can happen in life. And that’s just what life is.”

Smithey said he was told by doctors at UCHealth Greeley that his brain tumor is inoperable. He's had radiation, and said the treatment options in Colorado are slim.

Smithey was able to visit with doctors at the Mayo Clinic in Jacksonville, where they said doctors successfully treated a woman with Diffuse midline glioma, the same diagnosis as Smithey.

He hopes to start chemo soon, as another treatment option recommended by doctors at the Mayo Clinic. 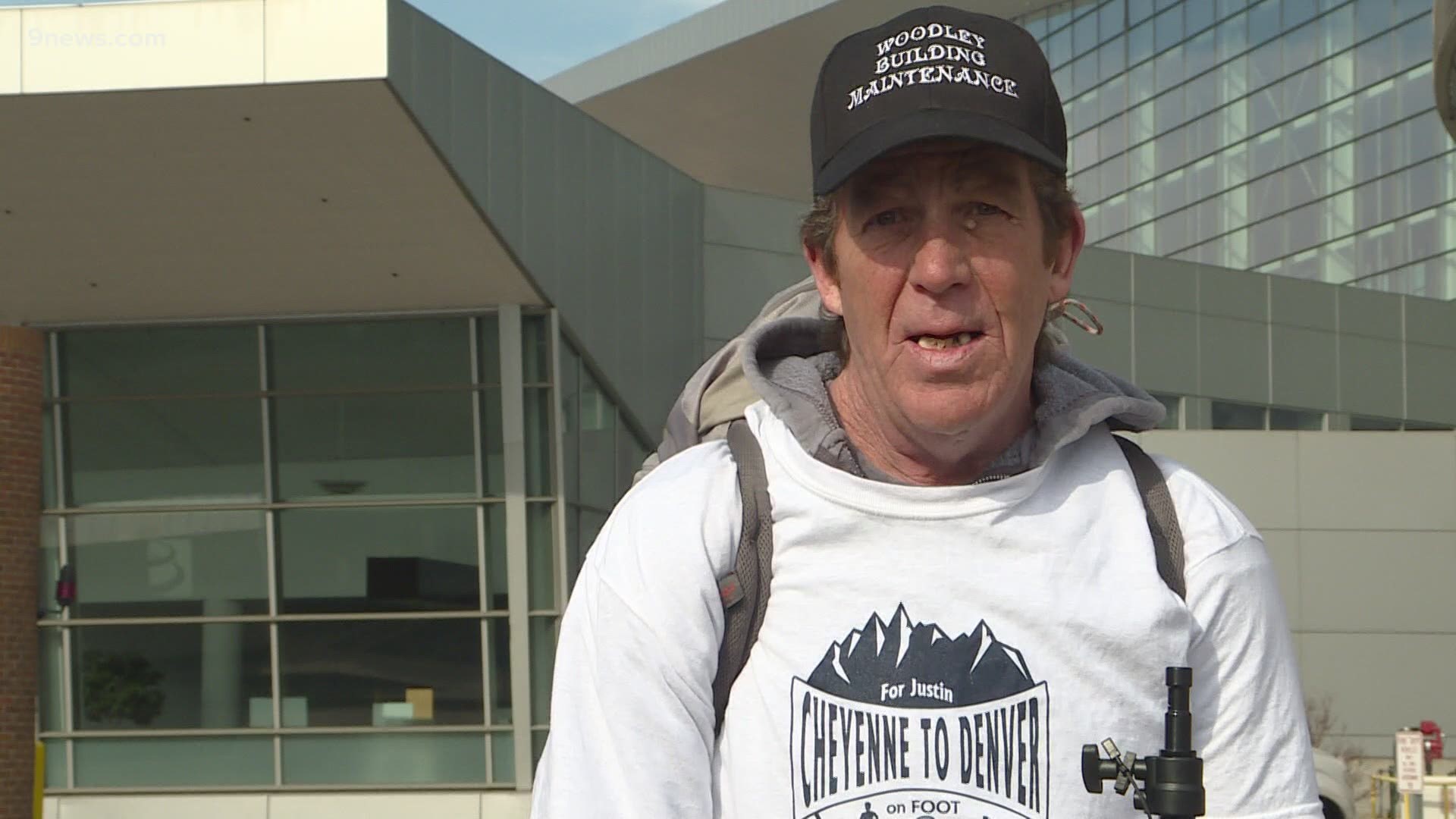 Hickey started walking to raise awareness for cancer in 1998, but says this was the first time someone's friends and family joined him for the last mile. He started in Cheyenne, Wyoming on New Year's Day and ended at the Colorado Capitol.

"I'm hopefully helping them and making a difference, said Hickey. "For me, it's putting meaning to my dad's pain."

His first walk was personal.

“My dad died in September of 95 of prostate cancer," said Hickey. "Had him home for the last month and actually saw my dad take his last breath. And the pain that my father went through... was horrible. And then six months after that my brother was diagnosed with prostate cancer at 41.”

Hickey's brother survived after a successful surgery, but in the six months before his surgery, Hickey started walking to raise awareness for cancer, and the harsh reality that cancer in America is not affordable. 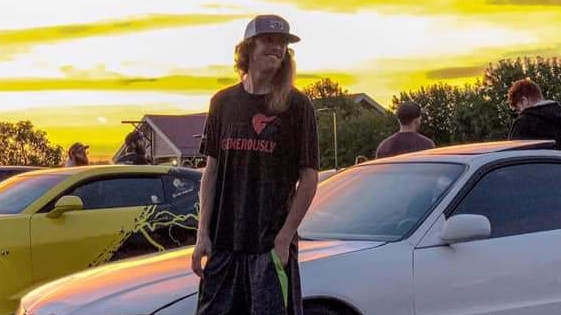 Justin Smithey's fight against a brain tumor, organized by Amanda O'Leary
On September 19th, Justin Smithey and his family received news that no one should ever hear. Justin has a brain tumor... From the first call that something might be wrong, to his diagnosis at Anschutz, the family has found out only limited information.

"It seriously is not cheap at all to get told you have cancer," said Smithey.

Hickey said he hopes his walk helps Smithey raise money through his GoFundMe. Not only will the money help cover medical costs, but it also helps Smithey with meals while he can't work.

Smithey said he hopes getting his story out there will also help him find someone with the same diagnosis, since it can be lonely going through brain cancer with no one who understands.

“I know that if there’s someone out there and I have the ability to raise awareness by going out there and walking for them, by not doing it I feel like I’m being selfish," said Hickey.