A Denver Theatrical troop has been doing pop up performances to spread joy during the pandemic. It's Positively Colorado! 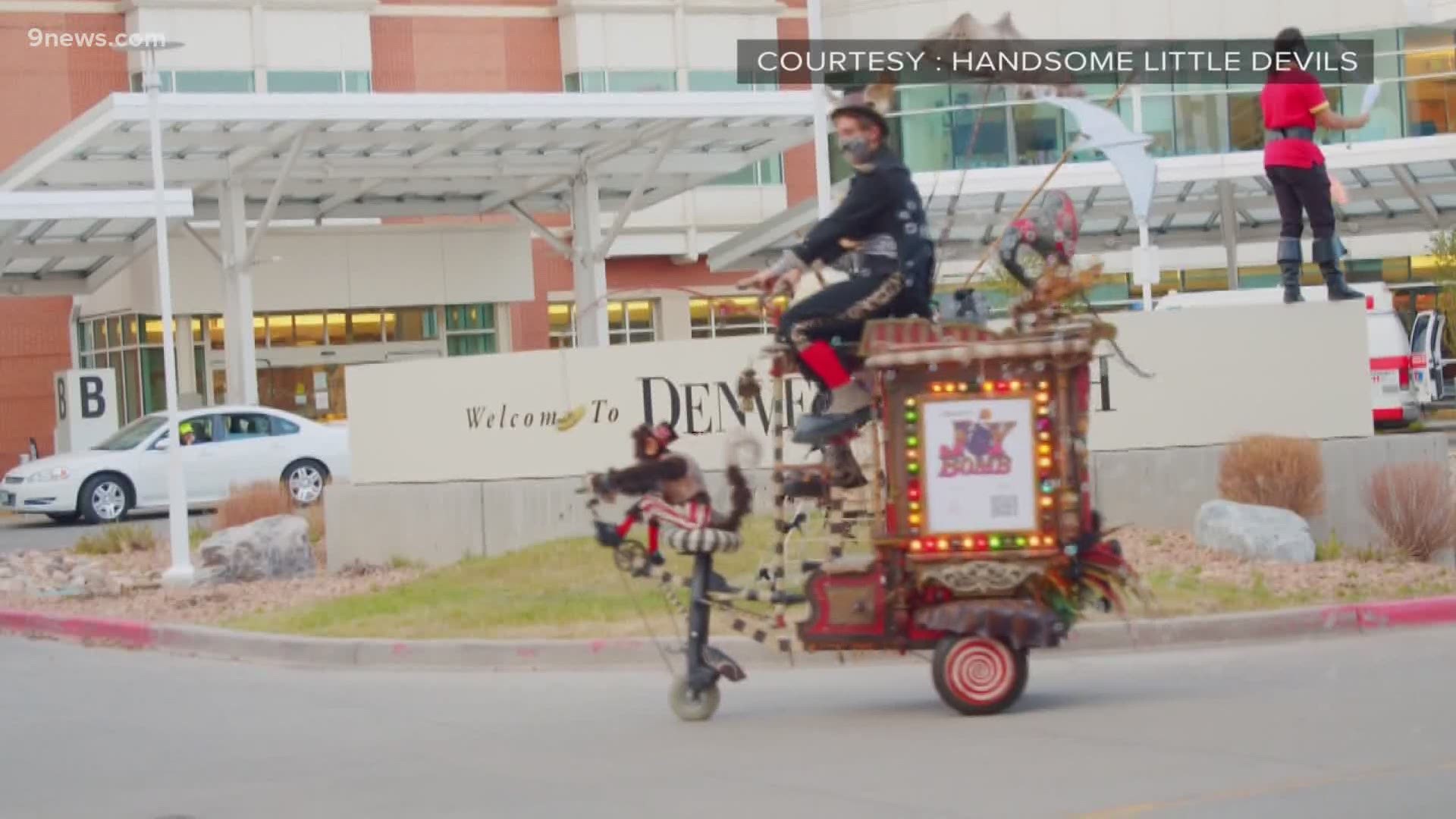 DENVER — It's fun, colorful and very joyful. The so-called Joy Bomb is a celebration for people who need one. It's the brainchild of a local theatrical group called the Handsome Little Devils.

They've been around for more than 20 years, but the popup performances are new, to help people get through the coronavirus pandemic.

Cole Huling runs the show along with her husband. She said because all theatrical performances were canceled, they had some time on their hands.

"I just think, there are a lot of times being an artist it's easy to feel 'how am I contributing?' 'How can I help?' I don't know how to save somebody's life, but what I do know how to do is just spread joy."

Recently the entertainers performed outside of Denver Health Medical Center. They showed up at shift change with their wild costumes, outrageous contraptions, and considerable talent.

Many workers got to come out of the building to watch at a distance, of course. The hospital also brought patients to their windows to enjoy the performance.

Huling said it's a little weird because the performers don't really get feedback like laughter and applause like they normally do. But she said they get delayed gratitude in the form of thank you notes and that sort of stuff. She said it's totally worth it.

The Joy Bombs are also being expanded across the state. They will visit communities like Grand Junction, Gunnison, and Hugo in the coming weeks. A Northern Colorado Joy Bomb tour is also in the works. If you'd like them to visit you, there's an application on their website. There's also a GoFundMe campaign going on to fund the performances and help out of work artists.

They'd like to continue the Joy Bombs, for as long as people need them.