Cooper Nelson has raised more than $3,500 for the Food Bank of Larimer County by selling subscriptions to his paper. 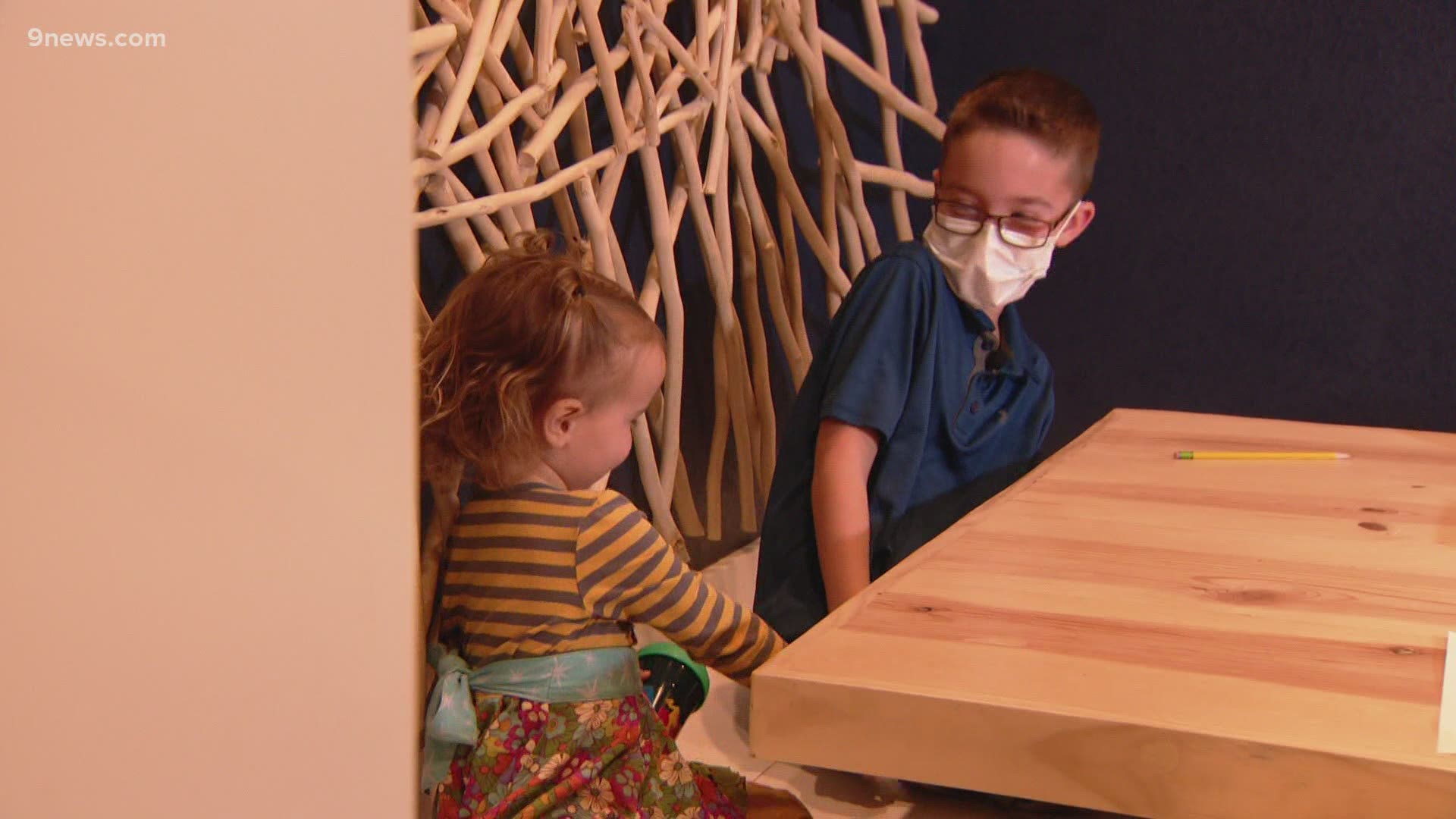 LOVELAND, Colo. — Nine-year-old Cooper Nelson has a way with words—even when he’s just getting right to the point.

“People were losing their jobs and they couldn’t make as much money to get food, and I wanted to help,” Nelson said, from the breakfast nook/office space at his home in Loveland.

He said he was watching the news one night with his mom and dad, Erin and Matt Nelson, and he saw a story that showed people waiting in line at a food bank. Around the same time, he read a book about kids making a newspaper for dogs.

“I decided I wanted to make a newspaper,” Cooper said. “I was also inspired by it because I wanted to help feed the hungry people during this pandemic—so I decided to raise money for the food bank.”

RELATED: Food Bank of the Rockies distributed 100M pounds of food in 2020

His mom and dad said they weren’t surprised. They’ve always known their son to be a caring kid.

“He’s always kind of thinking of others,” Matt Nelson added.

So the budding journalist started the Lakes Gazette. He’s put out 40 issues since last spring and has 60 subscribers. As of the 40th issue, he’s raised $3,590.

“Cooper Nelson is helping us, he absolutely is,” said Paul Donnelly, the communications director with Food Bank for Larimer County. “We were blown away. We thought it was awesome that this 9-year-old little boy was going to help us out like that—what’s been really fascinating was how much he’s stuck with it.”

Donnelly said the extra help is coming at a time when many people are finding themselves using food banks.

“You have a lot of people that literally found themselves in need of services like the food bank for the first time ever,” Donnelly said. “We’ve seen increases across the board in the need as far as who we’re serving and how much food we’re distributing.”

RELATED: Denver woman has been stocking front porch box with food, hygiene products for 9 months to help neighbors in need

Donnelly even gave Nelson a tour of the facility, to show their appreciation for the donations. In true reporter fashion, Nelson carried a reporter notepad and took notes on the visit. The story about his trip to the food bank made the following issue of the Lakes Gazette.

“I love that he’s come up with a way to do something other than just consume,” Matt Nelson said. “He’s found a way to produce something, and I think that’s pretty cool.”

Cooper Nelson’s parents said they let him know that he didn’t have to continue with the paper if he didn’t want to. They knew it was a lot of work—and said they were proud of him once they heard his answer.

Cooper Nelson said that even though he’s young, he can do big things. And he encourages other 9-year-old kids to do the same.

“If you try your hardest, you can do awesome things,” Cooper Nelson said.

Cooper’s charity of choice, the Food Bank for Larimer County, now has their pantries back open five days a week, from Tuesday through Saturday at both the Loveland and the Fort Collins locations. They are practicing social distancing and require masks during visits.

If you’d like to help the food bank and subscribe to Cooper’s Lakes Gazette, email Cooper Nelson at coopernewsco@gmail.com.