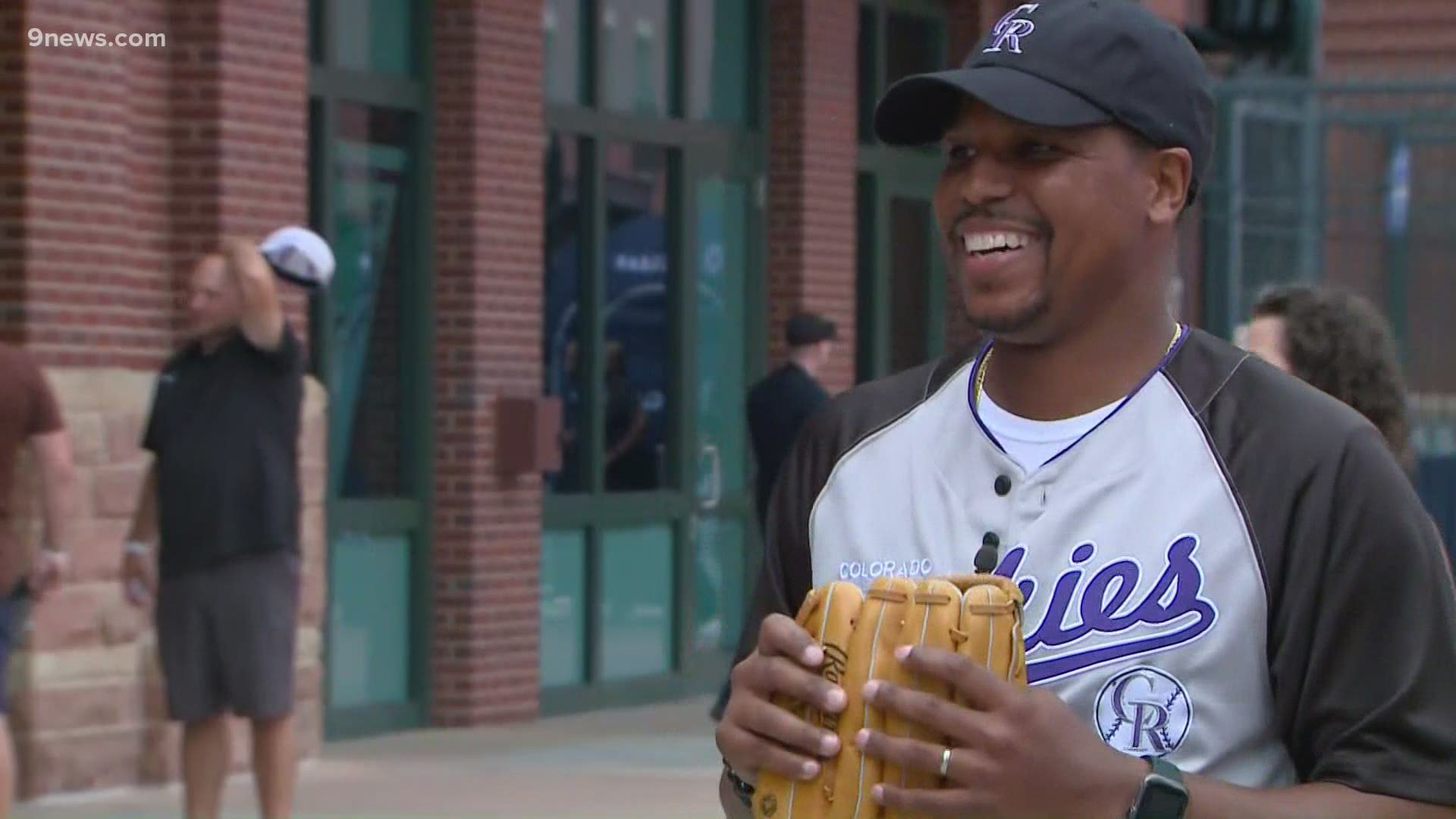 DENVER — Peyton Manning is used to the spotlight. He threw the first pitch at the All-Star game Tuesday night at Coors Field. Twenty-three years ago, a 12-year-old kid from Aurora got that honor in Denver.

Ellis Clements is now 35. He went to his first All-Star game since that day and this time there was way less pressure.

At 12-years-old, Clements' baseball team was doing really well for the Boys and Girls Club. In three years, he said he only gave up two hits. It caught someone's attention.

"Mastercard came and knocked on my door at 12-years-old for me to take part in throwing out the ceremonial first pitch for the 1998 All-Star game," he said.

Frank Robinson, the Hall of Famer, walked him up to the mound before he threw the biggest pitch of his life.

"Nervous, probably the most nervous I have ever been," he said.

He was so nervous that he threw a different pitch than the one he practiced, a breaking ball instead of his fast ball. The ball bounced over the plate.

"It stung a lot," he said. "It has softened over the years and it is something that now is ok, I can live with."

Twenty-three years later he returned to Coors Field for his second All-Star game. He was holding the glove he pitched with that day signed by some of the All-Stars that year.

"Just for the sake of being able to know that we are back together 23 years later, me and this glove," he said.

Clements came to the game with someone he didn't know until a few days before. A man read about his story in a Denver Post article and offered him his extra ticket. They sat next to each other at the game.