Man home from hospital after being impaled by tree

A man was impaled by a tree during Denver's June 6 wind storm. He's home from the hospital now and says the doctor who removed the branch from his back is his hero. 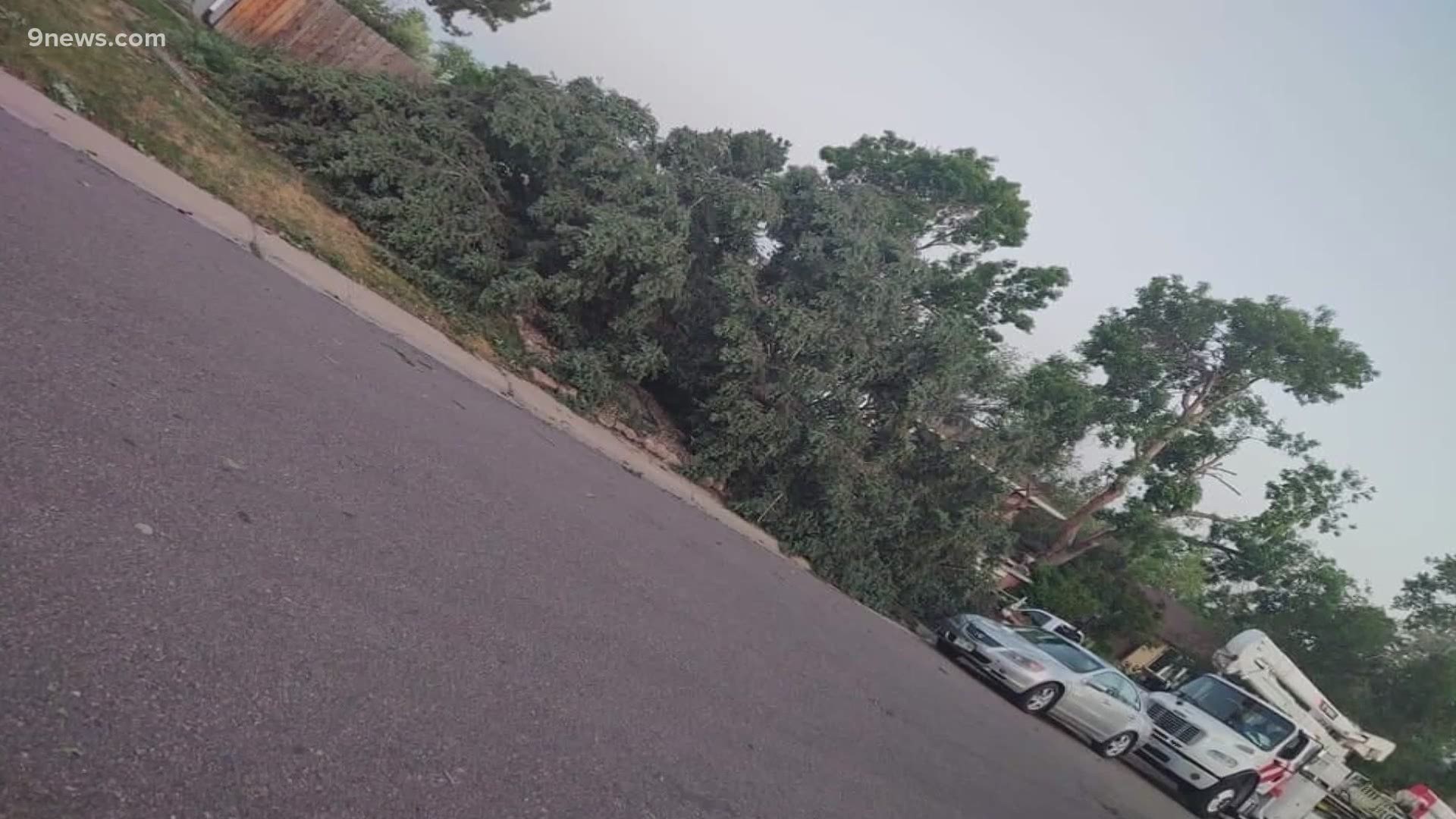 DENVER — Erich Newman was just being a good son, helping his mom move some boxes out of storage on June 6 when a violent windstorm struck Denver.

"I got to the driveway and heard and eerie screeching wind, just a fierce howling," he said.

RELATED: That weird storm that hit Colorado on June 6 is called a 'derecho,' and they're super rare

He noticed his daughter down the road and said he hollered for her to get inside. As the two neared the home, Newman said he felt a few branches hit him in the back of his head.

"I grabbed my daughter and sheltered her in," he said.

At that point, he said, he was dazed. The next thing he remembers is lying on the ground as his daughter stared at him with a distressed look on her face.

"I tried to get off the ground and give her a hand," Newman said. "But a branch was holding me to the ground."

His brother came running out of the house and Newman told him to check on his daughter. He wasn't in pain, and just thought they needed to cut the branch off of him so he could get to his feet.

"She was impaled in the leg," he said. His brother applied pressure and brought her inside before returning to Newman.

A neighbor also came to help and cut the branch that was pinning Newman.

"I felt the pressure relieve off my side and ankle ... but I couldn't get up," he said.

He said that's when he stuck his hand behind his back to see if he could feel anything. He felt the branch sticking into his back and knew he was impaled.

The wait for paramedics felt like hours, Newman said, but only really lasted a few minutes. The fire department cut away enough branches for the paramedics to get Newman onto a stretcher and into the ambulance. It was another 15-20 minutes to Denver Health, he said.

He said he went through one surgery to remove the branch and two more to clean the wound.

Newman said the doctor who pulled the tree limb out is his hero.

"How do you pull a stick out of somebody and not create any more damage? Guy's got steady hands, he figured out the angle it went in and brought it out the same way. He's my hero, man, he gave me basically my life back," he said.

Newman is back home now and so is his daughter. He said people have called him a hero for the quick action he took to shield her from the falling tree, but it's something he said any dad would've done.

"My uncle in North Carolina made a comment about the way you spell hero is D-A-D and to me, that's spot on because when it's your children or your child, it's [them] first. And that's what I did. I made sure I pulled her in so she avoided the brunt of the storm and could weather out the rest."

Newman didn't want to take donations to help pay for the family's medical bills, but a gofundme has now been set up to support them.

On Thursday he'll return to the hospital for his fourth surgery; This time to repair the broken ankle he suffered when the tree fell on him.