Molly Bloom's Zoom calls feature people from all over the world talking about overcoming adversity. 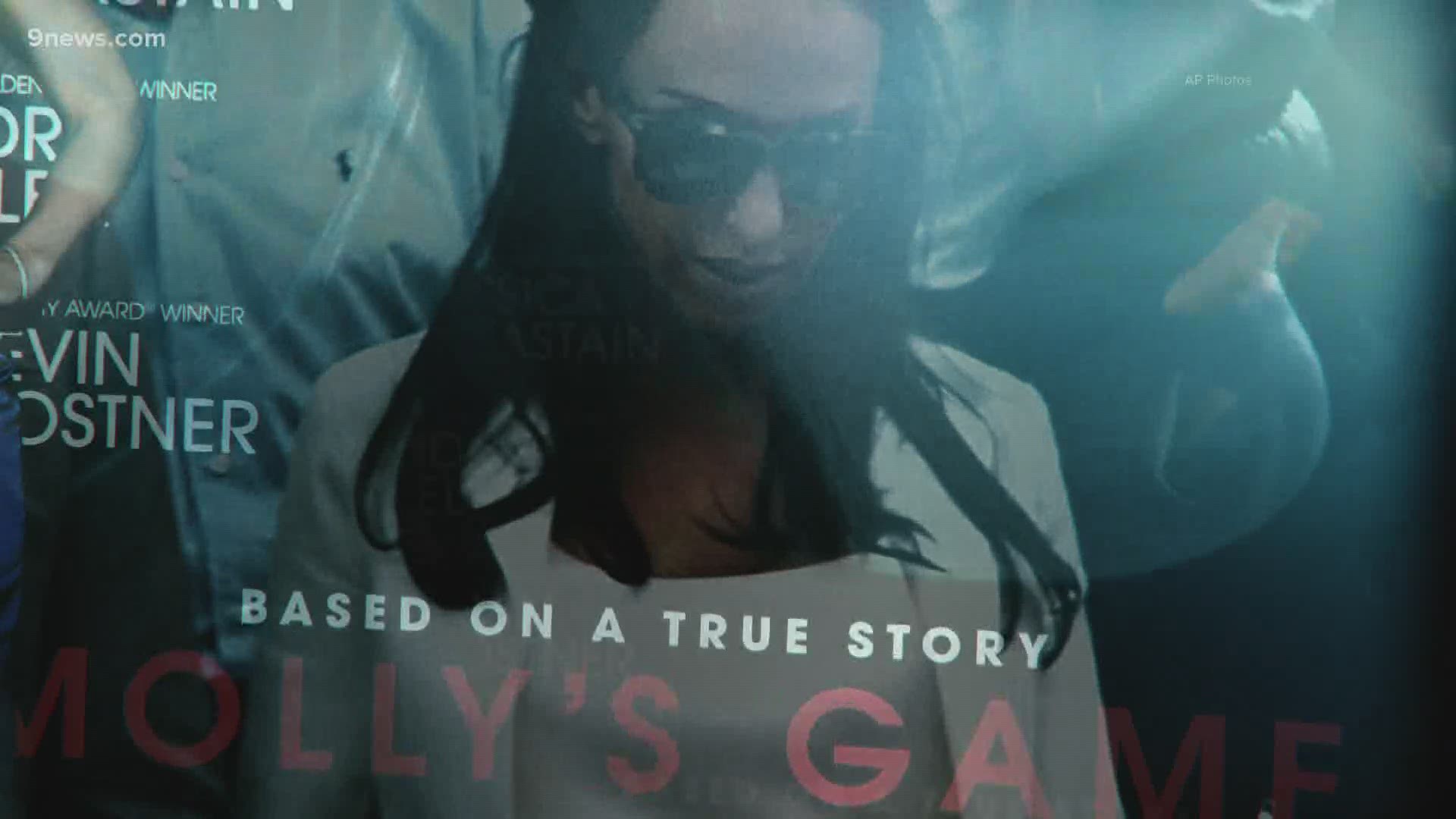 DENVER — Molly Bloom’s video chats are different from the usual Zoom calls that have defined life in quarantine.

For one, hers involve celebrity guests, who talk about adversity and times they’ve risen above it. And they also tell the story of the Olympic-trained skier’s years as the “Poker Princess,” a nickname she received for the high-stakes games she hosted that attracted some of the biggest names in Hollywood.

Bloom was arrested for this business venture in 2013, and received a fine and community service for her crime – a slap on the wrist compared to what she could have been sentenced to. This period in her life inspired her to write a book that Aaron Sorkin adapted into the 2017 movie “Molly’s Game.”

The Loveland native now lives in Colorado with her husband.

“When you sit in a group of people like this and you talk about what's going on, what happens is you realize how similar we all are,” Bloom said of her daily Zoom sessions, called the OneWorldGroup.

RELATED: John Krasinski and friends to host virtual prom to cheer everyone up

Bloom’s daily Zoom sessions include special guests, including actress Jessica Chastain, who played her in “Molly’s Game” and her brother, former Olympian and University of Colorado standout Jeremy Bloom.

“We only have so many minutes, so many hours and so many days, and we could never know … you can't look at your age,” Jeremy Bloom said during one call. “I got this much more time, life is super unpredictable and I love life experiences, the ones you win, the ones you lose and all the in between.”

Her father, Colorado State University psychology professor Larry Bloom, has also made cameos on the Zoom calls, which have been watched by people all over the world.

At one point, he discussed his portrayal in "Molly's Game" by actor Kevin Costner and a scene depicting his relationship with his daughter.

“I was sobbing, Molly was crying, [it was] a corrective emotional experience,” Larry Bloom said during one call.

Molly Bloom said she dealt with alcohol and drug abuse when she was operating her poker games, and she said she found comfort in Alcoholics Anonymous meetings. She said she sees the Zoom calls as another chance to talk about mistakes, challenges and commonalities.

“It gives a lot of purpose to this time,” Molly Bloom said. “Had we not done this, I think I would have been going crazy.”