The mother of the young woman shot and killed while walking with her boyfriend and his dog in Denver's Ballpark neighborhood hopes the park will be a haven. 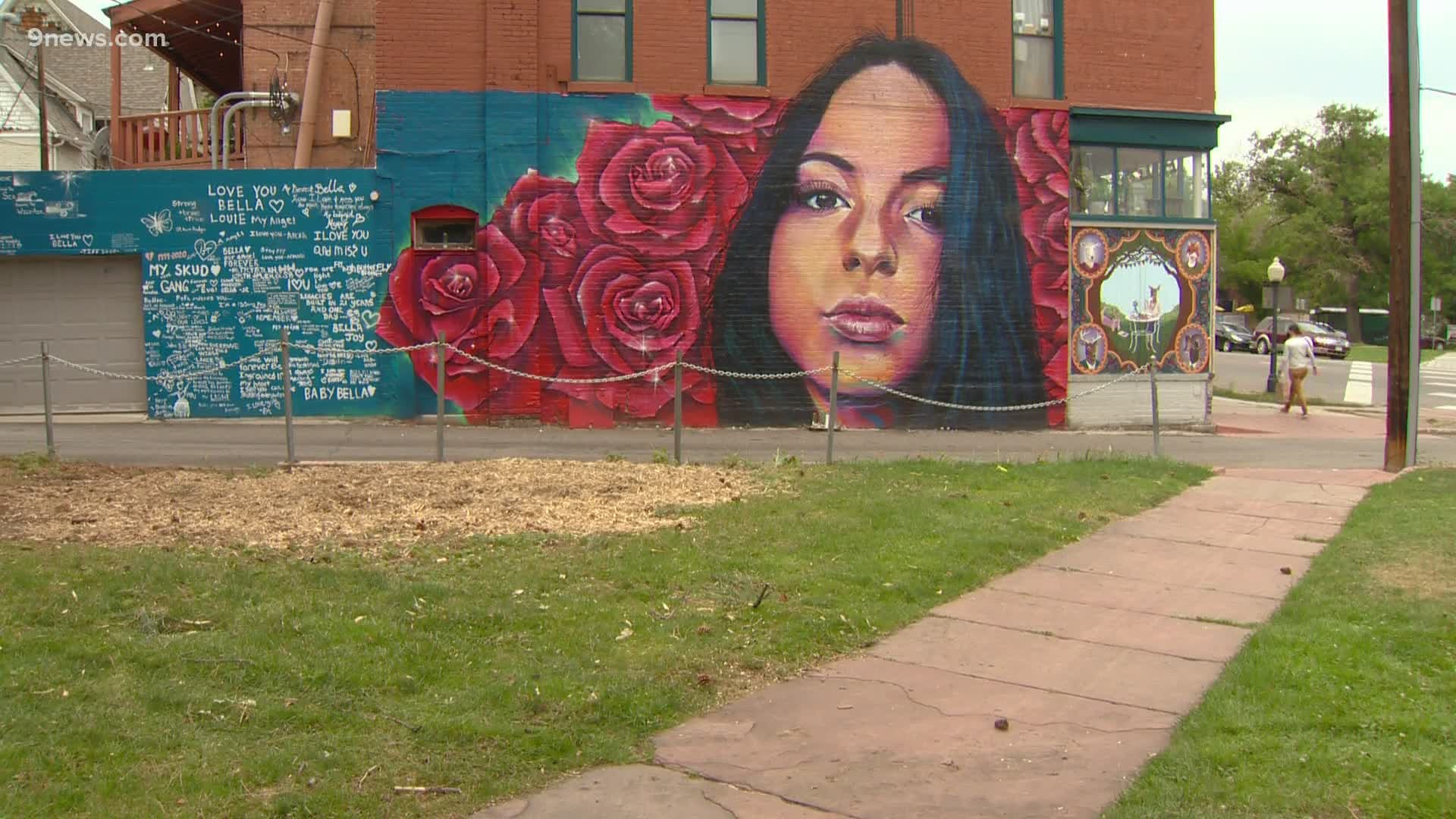 DENVER, Colorado — A pocket park in the heart of Denver is undergoing a transformation in honor of Isabella Thallas. Her mother, Ana Thallas, said she hopes the park will bring comfort to her family and others who have lost a young person to gun violence.

Isabella was shot and killed in Denver's Ballpark neighborhood while she was walking with her boyfriend and his dog on June 10. Her 21st birthday was two days before. Isabella's boyfriend, Darian Simon, was also shot and is recovering from his injuries.

Within a week of her death, Denver artist Thomas Evans, aka Detour, painted a mural of the 21-year-old on the corner of 17th and Park avenues. At the time, Ana Thallas told 9NEWS she would prefer to visit her daughter at the mural rather than in a cemetery.

"I know that her energy and her soul and everything about her and the people that love her the most are all right here," Ana Thallas said of the mural.

Denver artist @IamDetour303 painted this mural of Isabella Thallas in June. It’s right at the corner of 17th & Park Ave. In just one month, Isabella’s mom, Ana, has worked with @denverparksrec to start renovating the small park Isabella watches over #9News pic.twitter.com/m92emnby9Z

On June 16, Ana Thallas spoke with Denver Parks and Recreation about renovating the park her daughter keeps watch over and eventually naming it for her. Less than a month later, crews are already working to clean up the area.

"It’s going to change, guys, and it’s happening so fast. So much sooner than I ever anticipated or even expected. It’s just been a blessing," Ana Thallas said.

Wednesday, crews from Denver Parks and Recreation cleared slabs of concrete where a memorial bench will soon go. The forestry team trimmed trees and removed one that happened to be blocking the mural of Isabella.

"When I pulled up I just started crying because that tree is already down," Ana Thallas said.

The plan is to add flowerbeds in pink and purple, Isabella Thallas' favorite colors, to attract butterflies which Isabella loved. A former horticulturist herself, Ana Thallas will help plant the flowerbeds. There will also be a basketball court where her youngest son and neighborhood children will be able to play under Isabella's watch.

Ana Thallas and her family hope to find comfort in the park. They also want the space to be a place for other families who know the pain of losing a young person to gun violence.

Ana Thallas wants the park to be a haven for her family and others who know the pain of losing a young person to gun violence #9News pic.twitter.com/mbPi6PfMV7

Ana Thallas said the park will help give "a voice for a voiceless and those that don’t have murals like this and don’t have places to go and mourn their children or whomever they have lost to gun violence. Here it is! The only place in Denver, guys."

She is now working with the city to name the park for her daughter. 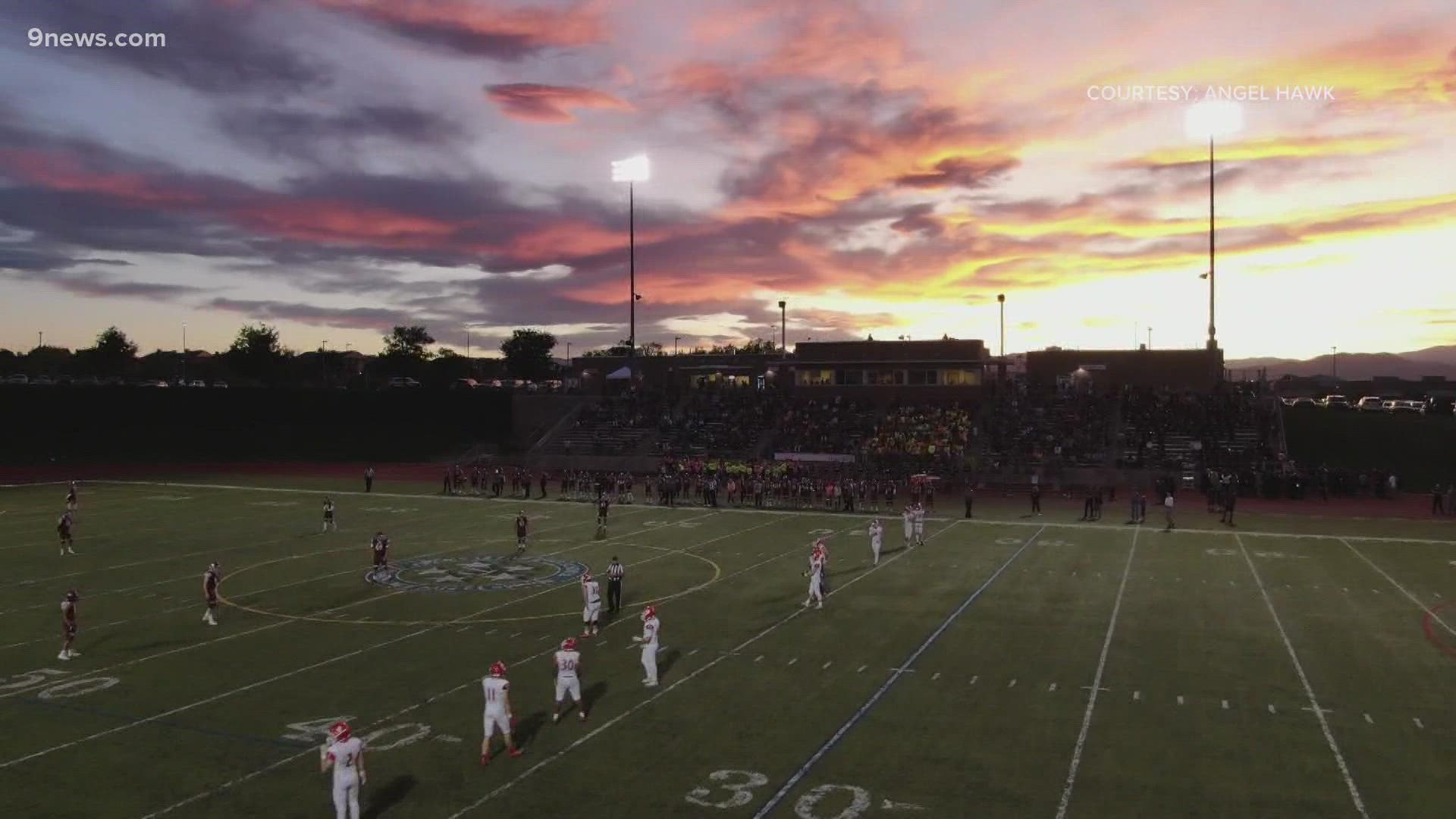