Jinkies! A Silverthorne man has turned his backcountry snowcat into a crime fighting mystery machine. 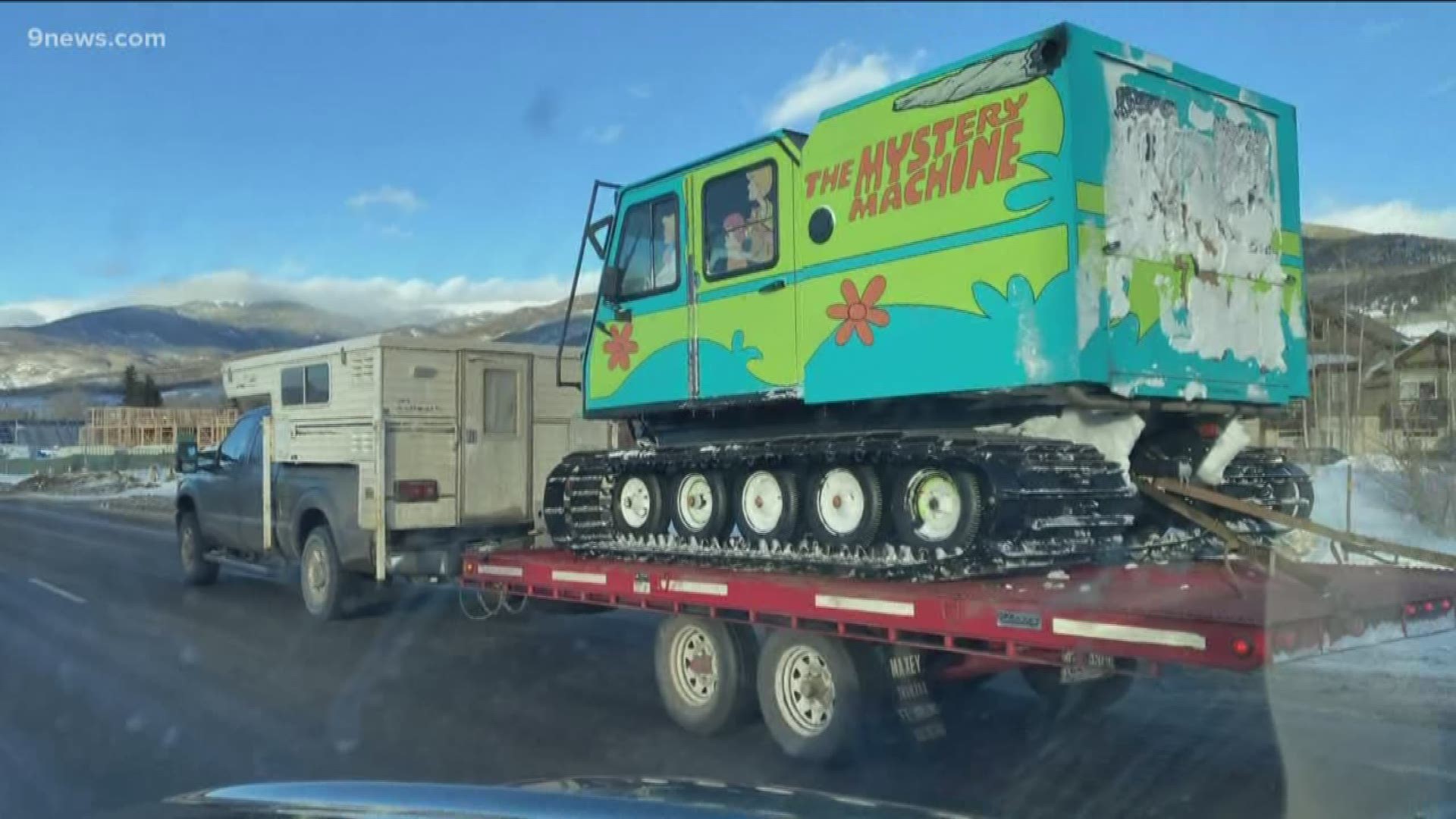 SILVERTHORNE, Colo. — Living in Summit County, Mike McGowen likes a lot of snow because it means spending time in his snowcat.

Usually snowcats are seen at ski areas grooming ski runs, but McGowen bought one so he could get into the backcountry for a little skiing and then made it stand out.

“We take out customers, clients, friends and just have fun,” said McGowen.

While it’s been built for the backcountry, McGowen's snowcat also looks like it could solve a few mysteries, with a paint job that turned it into the Mystery Machine from the Scooby-Doo cartoons.

“We cat ski and we solve mysteries,” said McGowen.

The snowcat is green and orange with flowers on it, just like the van from Scooby-Doo. Behind the windows, you’ll see the entire gang: Fred, Thelma, Shaggy, Scooby and Daphne.

McGowen is the owner of a company called Condit. They’re based in Denver and build expo displays.

His graphics team decided to come up with a wrap for McGowen's snowcat and went with Scooby-Doo.

“We build trade show booths,” said McGowen. “Believe it or not that skill set translates specifically to this snowcat.”

As expected, the snowcat gets a lot of attention. McGowen said there’s not a day that goes by when it’s out that he doesn’t find a business card on the snowcat, truck or trailer from people wanting to see more of it.

“They give me business cards," McGowen said. "Everyone wants a piece of the Scooby-Doo."