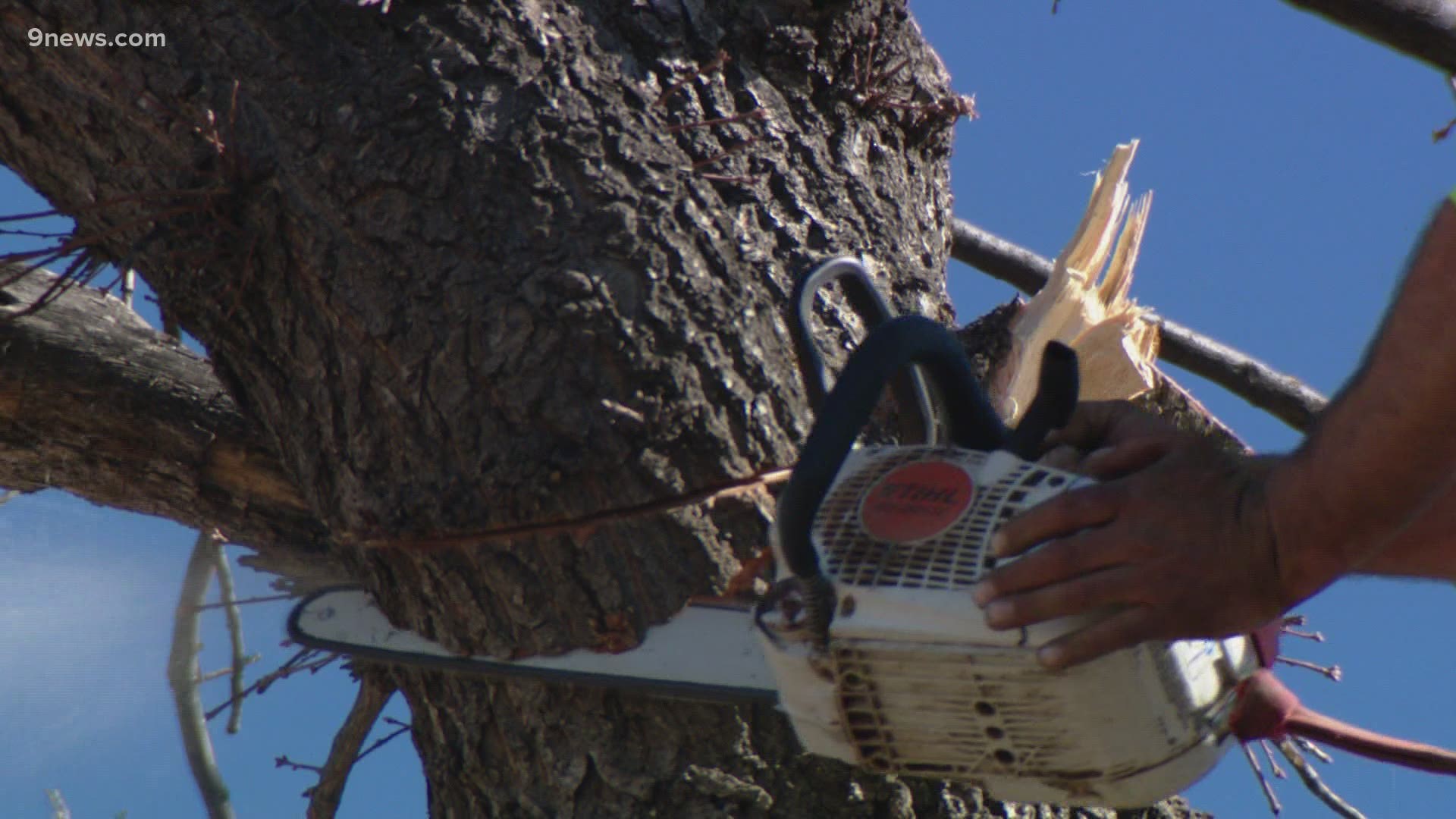 DENVER — Saying goodbye to a loved neighbor is never easy. The Cherry Creek neighborhood said goodbye to one of its longest-lived residents on Tuesday.

“It’s sad to see it go,” said Ryan Dirksen. “Part of Denver history gone in an afternoon, after 100 years of earning its keep.”

The neighbor had guarded the lot and house at 444 Milwaukee St. for about 100 years.

The beloved resident was an old white oak, thought to have been planted in the early 1900s on the lot that is now slated for redevelopment. In 2001, the City and County of Denver appraised the tree as one of the largest of its kind in the state.

Dave Hull with Denver Parks and Recreation wrote to the homeowner, Laura Lee Coleman, that he believed it could eventually be the largest.

“It is indeed a glorious tree and I’m sure it will remain for years to come,” wrote Hull.

The oak’s last day was Tuesday, and after about five hours of removing limbs with chainsaws, the tree finally fell.

“You can make heirloom quality furniture out of certain parts of this tree,” Dirksen said of his plans to transform the tree.

Dirksen owns the business Where Wood Meets Steel, a 15-year-old custom furniture company. Part of his business is milling the wood, which he will also do for the Milwaukee St. oak.

“Development is real and we try to live hand to hand by us utilizing the tree and turning it into something that’ll live for maybe another 100 years,” Dirksen said.

Lynn Coleman, whose mother Laura Lee Coleman owned the house for decades, reached out to Dirksen to help find another use for the tree. Lynn said her mother grew up during the Great Depression, and never liked waste.

“One of the things that she really believed strongly in is that you reuse whatever you can,” Lynn Coleman said. “That’s why she wanted the tree to be reused and not just turned into mulch.”

Before Laura Lee Coleman died in January 2020, she told her daughter to find a way to keep the tree alive somehow. And that’s when Lynn Coleman found Dirksen.

“I felt like this was an amazing tree, it needed a send life if you will,” said Lynn Coleman. “Hopefully it’ll be made into lots of wonderful furniture and many people will appreciate it.”

The reincarnation of the tree will take awhile, Dirksen said. He will mill the tree, and then it will have to be stored for more than a year to get dry and ready to be made into furniture.

“You can’t rush the process or the wood freaks out,” Dirksen said.

But he said he knows it’ll be worth the wait.

“It’s a good story and it feels good to be a part of it—and it’s exciting to be able to work with such awesome material,” Dirksen said.