Randy and Patti Henry have managed to stop time inside Davies Locker, but said it's time for it to start again. 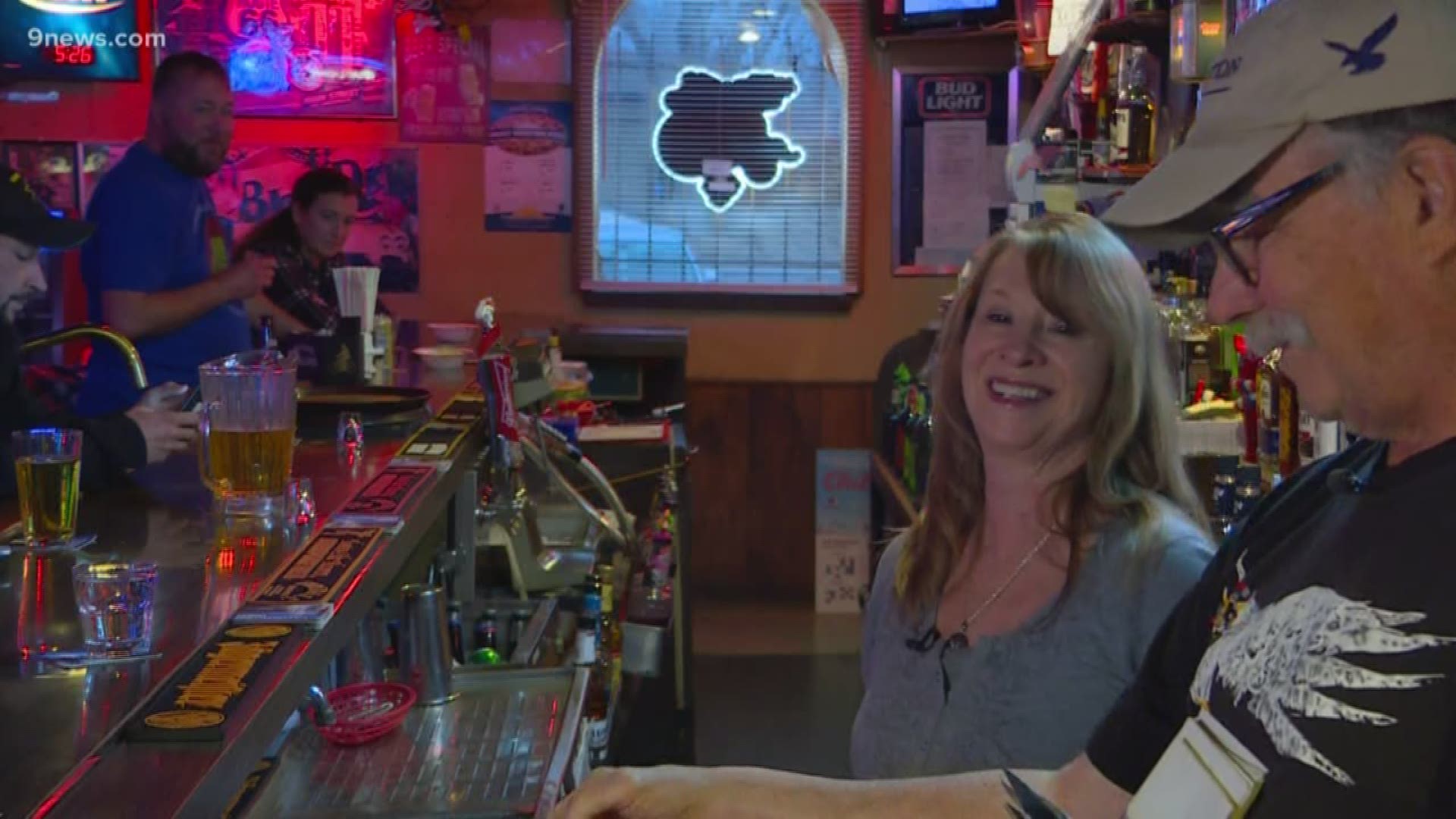 WESTMINSTER, Colo. — Faced with the choice of catching up, Patti and Randy Henry said they would rather reminisce as they stood behind the bar of their business, Davies Locker in Westminster.

The bar has sat in the strip at 8845 Lowell Boulevard for 42 years. Its past is full much crazier memories than the neighborhood hangout it is now.

"An elephant G string," said Patti, remembering when her husband walked out into the bar wearing only that.

Today the bar is known as a place for creating community.

“We’ve had weddings here," said Randy. "We’ve had funerals, we’ve had a lot of people meet the love of their life here."

Randy met Patti at the bar when she came in as a customer and asked him to dance. He said he told her to wait in line. They married three months later.

As much as they have tried to stop time inside Davies Locker, things are changing on the outside.

A nearby housing development is breaking ground next door, and Randy said his landlord gave him the option of paying to make the bar more contemporary, or ending the lease in February.

Randy and Patti said they would rather walk away than see it change.

But before they go, they'll go back in time once more.

A dance party to end it all will close out their 42nd year on Saturday, February 8.

"I'II have a lot of wonderful memories," said Patti. "And I’m just going to hold on to those and start down a new road with Randy."

RELATED: After fight for historic designation, Tom's Diner is saved from demolition