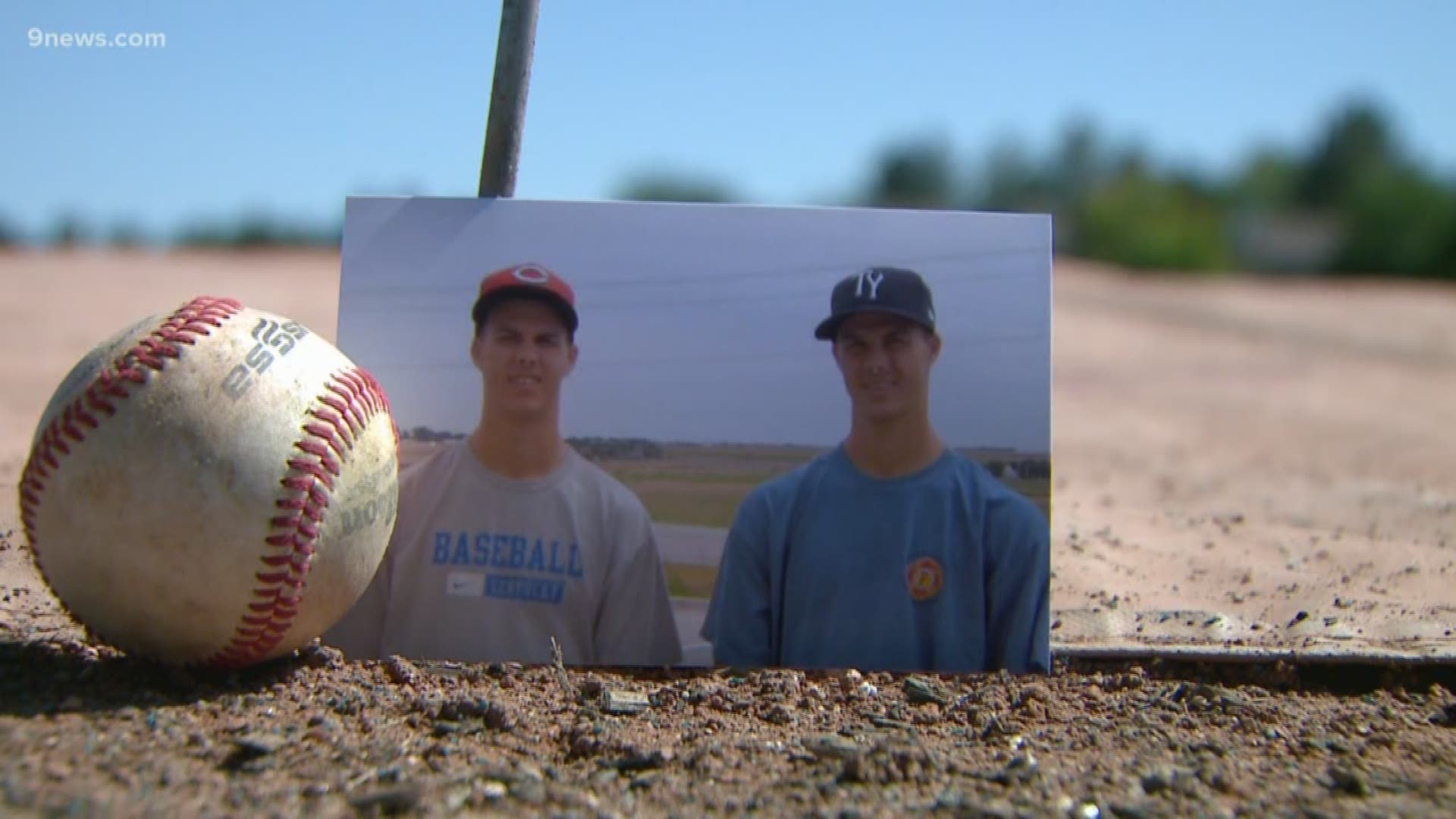 LITTLETON, Colo. — A lot of dads want their sons to follow in their footsteps.

“I kind of wanted them to be firemen to tell you the truth,” said Scott Rogers, who’s been with West Metro Fire Protection District for decades.

But his sons, Tyler and Taylor, had other plans. They're mirror twins, which are identical twins that are mirror images of each other.

The boys lived started playing baseball when they were four-years-old and continued to play throughout their time at Chatfield High School and in college.

Taylor, who is a left-handed closer, had an easier path to Major League Baseball (MLB) than his brother. He was called up to the big leagues with the Minnesota Twins in 2016.

Just last month, Tyler earned his callup to the San Francisco Giants, in part due to his unique ‘submarine’ delivery.

It's rare for twins to bein the MLB at the same, but even more rare for them to pitch on the same night.

“I watched him [Taylor] on my phone, got done watching him, he got a three out save, put my phone down looked up and Tyler is warming up,” said their dad Scott Rogers. “I am pretty sure there's never been a set of twins to pitch on the same night 25 minutes apart.”

Even though they didn't follow in their dad’s footsteps, it seems to have all worked out.

“I told the fire chief I’m going to retire I have a lot of baseball to go watch," said Rogers. "That didn't go over well.”

He's watching all that baseball without picking sides.

“[I was recently asked] who my favorite team is now and I said the ‘Twin Giants’.

For him, only one thing could better, both his boys playing for the Twins.

Taylor started the Rogers Family Foundation, a non-profit that aims to raise awareness about firefighter PTSD.