A woman from Georgia and another from Alabama came to meet a man in Colorado this weekend to deliver a special animal with a message about the stigma of mental illness. 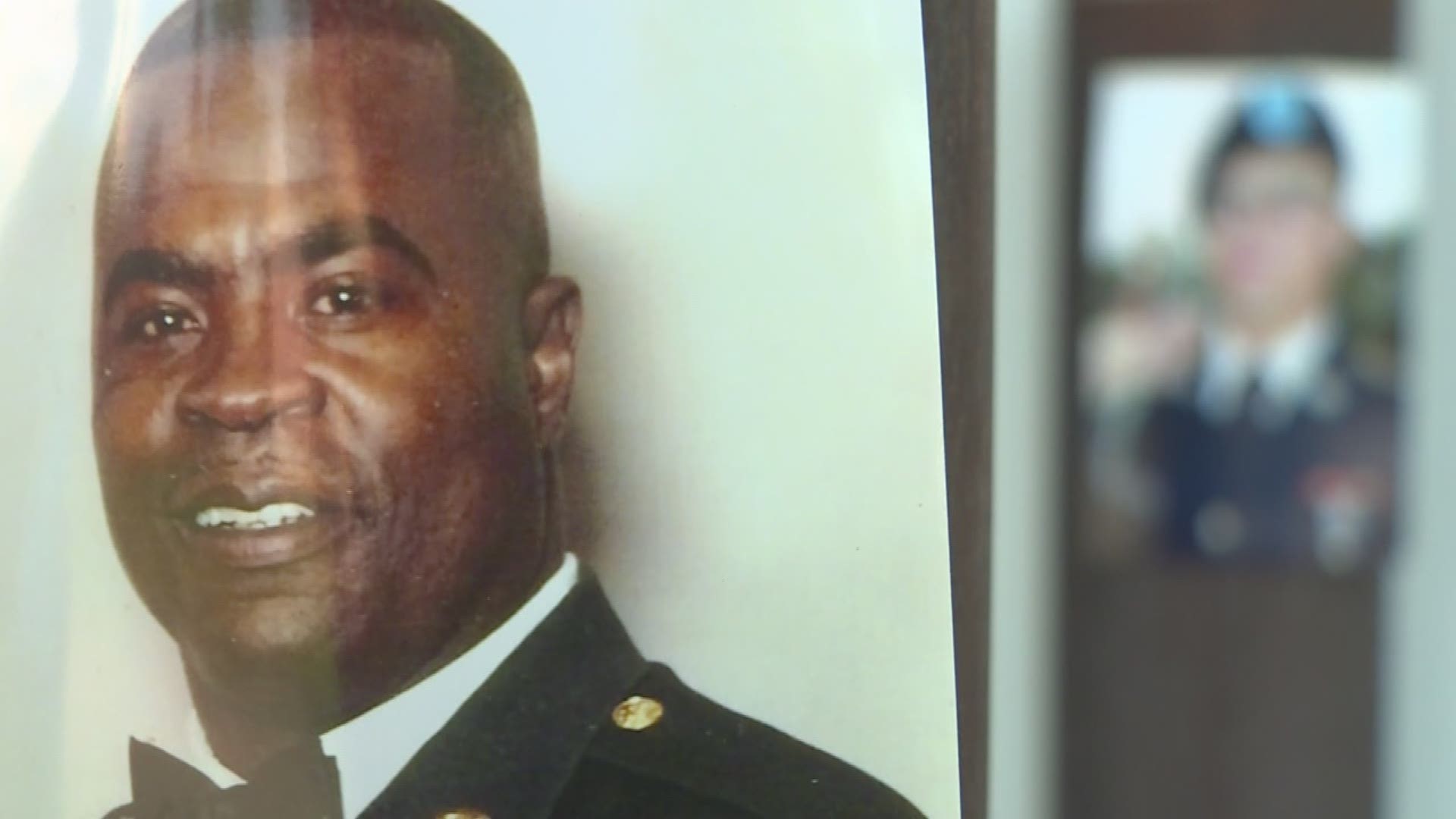 KUSA — Talking to dogs is easy, but talking to people is tough, especially when those people are reporters with cameras.

But Mac Pickett, a 50-year-old from Colorado Springs, has the courage to talk about his struggles now that he has a 13-week old German Shepherd by his side.

"I'm very honored that Mac is actually standing here," said Bev Beres, who owns Bev Haus, a breeder of German Shepherds in Atlanta. "This is huge for him to actually be able to do that."

Beres is donating the puppy, Apollo, to Pickett to help with his Post Traumatic Stress Disorder, or PTSD. Pickett is talking in hopes that his story will help someone else.

After 21 years in the army, Sgt. 1st Class Pickett was diagnosed with a mental illness that kept him inside, scared to talk to people.

He understands the silence that Aaron Alexander suffered.

When Galloway's son joined the National Guard, he didn't seek help for depression because he worried the military would kick him out.

Two years after his death, the stigma remains.

"It hurts a lot that people won't talk to me about Aaron," said Galloway. "And there's not going to be a conversation ever again that people ask me how Aaron's doing. You know that doesn't happen anymore and it never will. But they still can ask me to tell them a story about him."

Bev Beres heard about Wendy's story and wanted to do something in Alexander's honor.

For every German Shepherd litter Beres breeds, at least one puppy will be donated as a service dog for veterans with PTSD in Alexander's name.

Mac is the first veteran to receive a dog.

"I didn't have the privilege to meet Aaron, but just talking with Beverly, just felt like I have got to know him," said Pickett. "And he's always a brother. A fellow veteran. He's missed and he's loved."