Musicians lining up to play at 'Doc's garage concerts' in Erie

What started as a solo act became a concert series for a neighborhood. 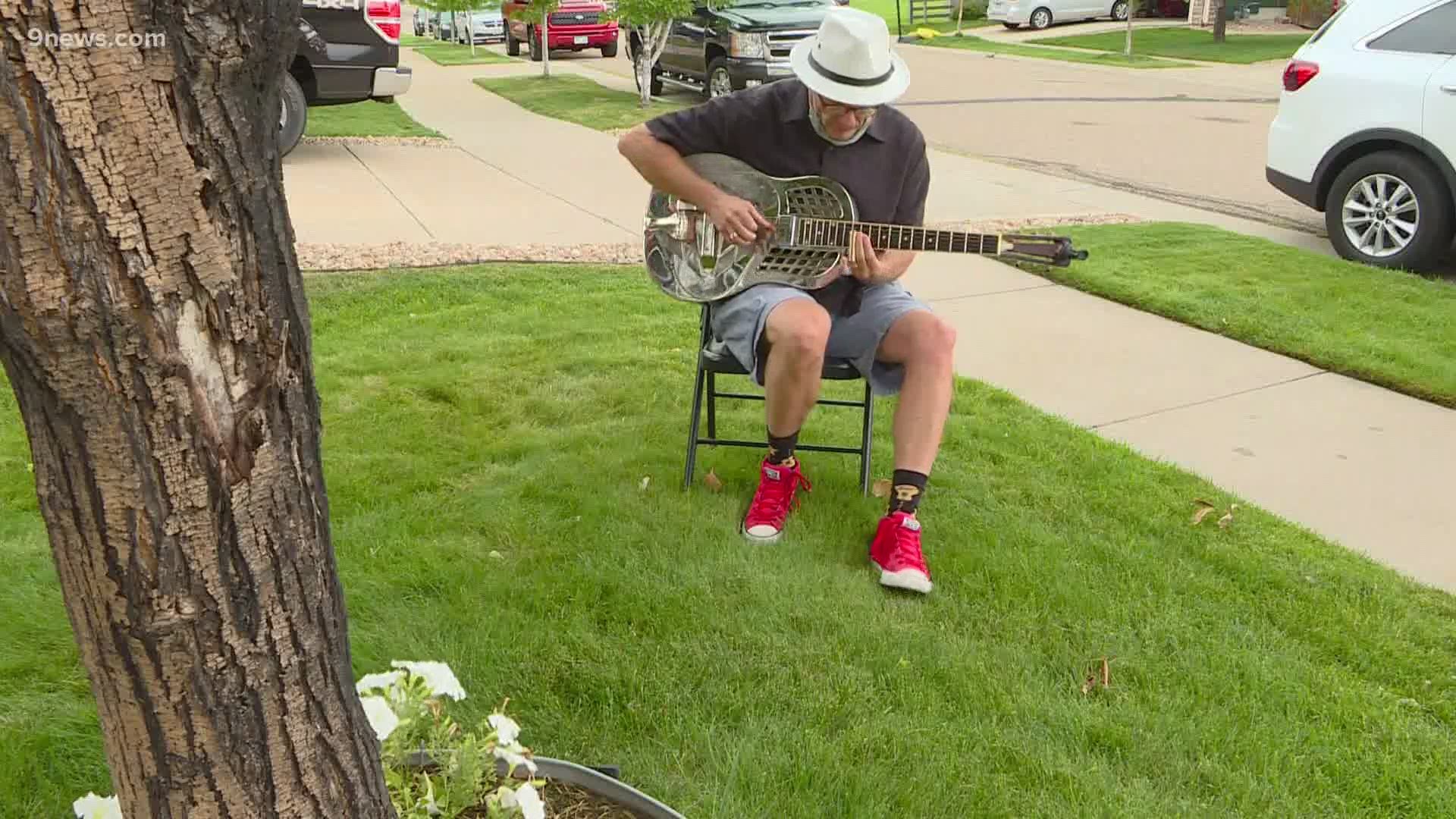 ERIE, Colo. — It was around the time the 8 p.m howl began when Jim Seely went outside and played 'Amazing Grace' on his guitar in his driveway.

The neighbors wanted more, and soon his band, Fifty Shades of Blue, was playing concerts for neighbors on their lawns.

“It was missing for us not getting to play," said Seely. "We had to cancel one show after the other and I thought, okay what can I do, I’ll start playing for my driveway," said Seely.

But Seely, known as "doc," wanted to share the feeling of performing live again with other musicians, too. And for the past three months, he's invited bands to his home for "Doc's garage concerts."

“We were kind of getting anxiety a little bit, and then all of a sudden Jim starts doing this and then we all just come to life," said the next-door neighbor, Doressa Neals.

RELATED: The Colorado Symphony is putting on an acoustic concert at Red Rocks (and people can attend in person)

Sunday afternoon was the 10th concert at the Seely house. The group, Davy Allard and the Silver Wave Band, hadn't performed since January.

“I’m just glad to do this and it’s not a burden it’s fun," said Seely.

The neighbors are grateful, even at a distance.

"So we just stay 6 feet a part just like Jared Polis told us to do, and wear our masks and we’ve been doing really good," said Neals.