Street artist and social activist Shannon Galpin works in Dillon to put up one of several love letter art installations around Summit County. 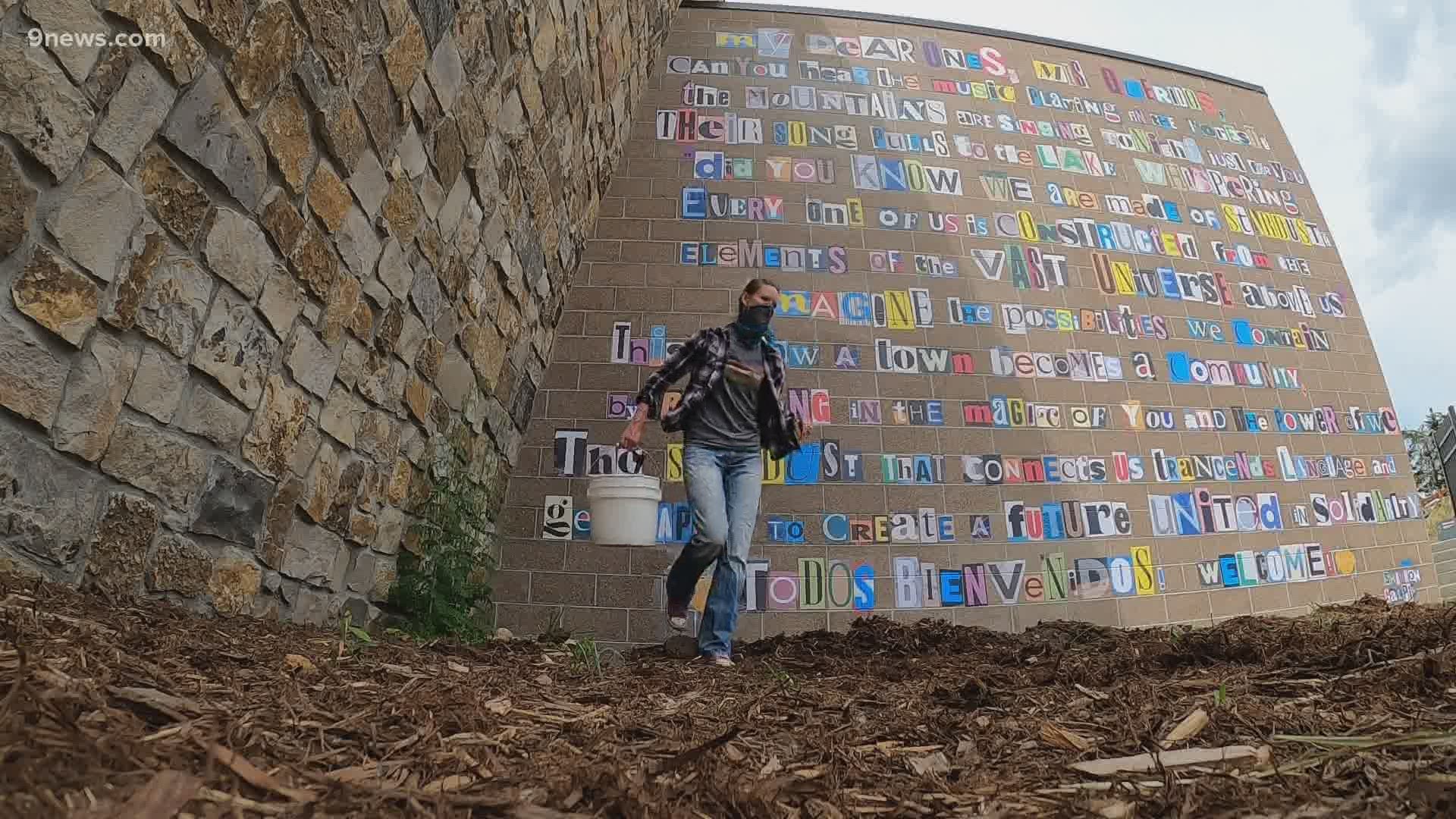 DILLON, Colo. — Using hundreds of letters, one piece at a time, artist and social activist Shannon Galpin is working in the Dillon Amphitheater, gluing paper letters together to craft one very big love letter meant to remind people that we are all fundamentally the same.

"We can come together,” said Galpin. “And love letters is a way to narratively to express that in a really big form.”

The letter stands around 25-feet tall and uses different characters of different colors and fonts containing a message about how people are all created from the same elements and are more powerful when they work together, according to Galpin.

“It’s how we come together as we rebuild,” said Galpin. "And I hope the walls serve as inspiration going forward.”

The piece she’s working on at the Dillon Amphitheater is written in English and Spanish.

Next, Galpin will put up street art in Silverthorne and Frisco and hopes to have five done by July.

"Each wall has the theme of hope,” said Galpin. “I hope people will find each one to understand they are all pulling us together and uniting us in solidarity.”

Galpin lives in Summit County and wanted to honor the student body of 2020 while also bringing her community together with a social message during a time when she said so many are divided. Her work has been shown around Denver and internationally.

The United Nations, International Olympic Committee and National Geographic have recognized her street art and social activism and she’s been nominated for the Nobel Peace Prize.

RELATED: A Breckenridge man will summit a popular Colorado 14er for a 100th time