Natasha shared her story as part of the 9NEWS "Warrior Way" series, which highlights a local "warrior" in the community. 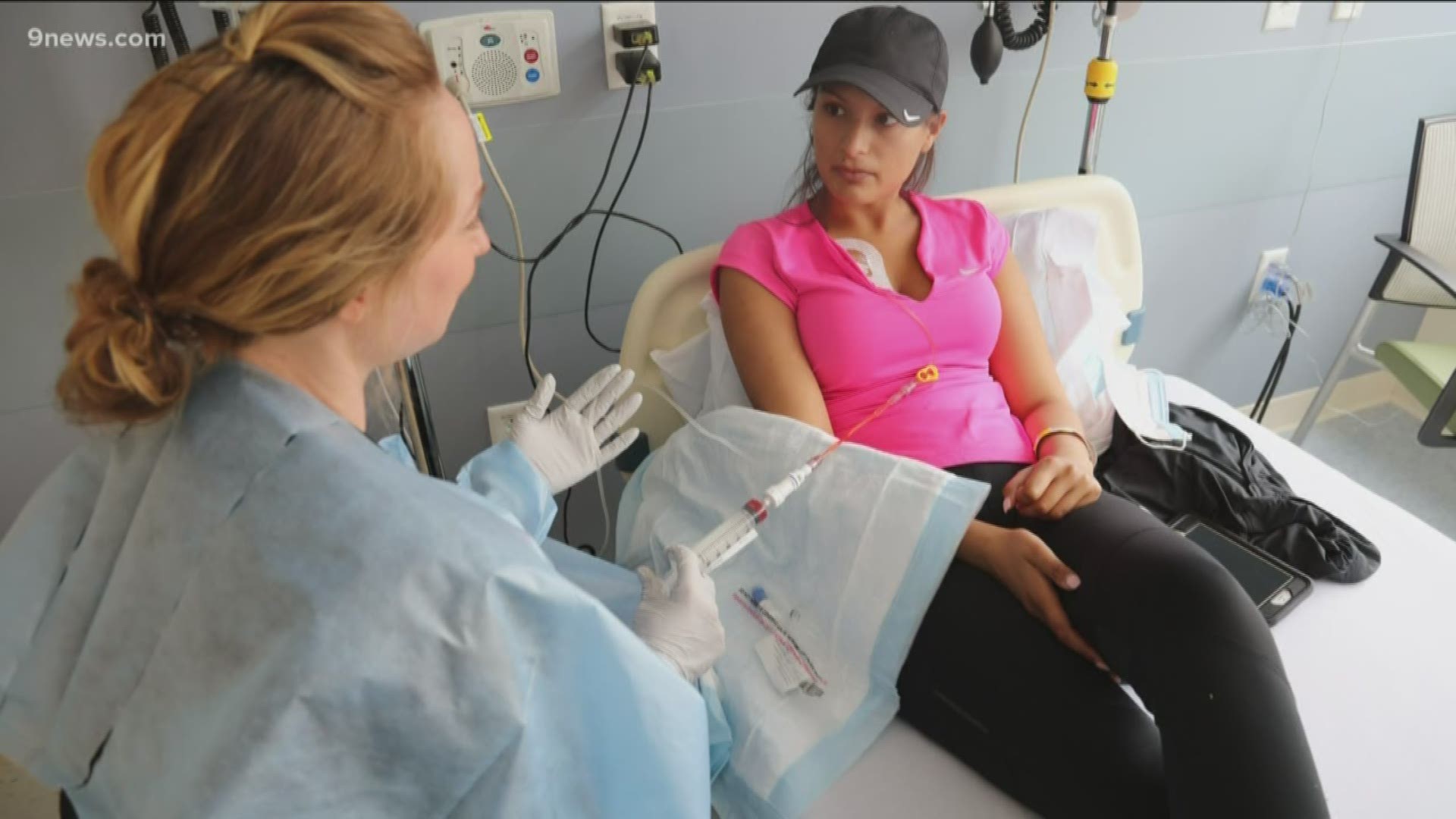 DENVER — My story starts in August of 2017. I woke up one morning, out of the blue, to pain down the left side of my shoulder. I started to feel around the area where the pain originated, and I found a lump on my collarbone.

Initially cancer did not come to my mind. I thought I had pulled a muscle at the gym. The pain worsened, so I decided to go to the doctor to get the lump checked out.

The first doctor felt the lump and said, "Oh! There's really a lump there."

She said it moved around and that was good news. She gave me some pain medications and told me to go on with my day.

A couple days later, I noticed that I couldn't fill my lungs with air.

My intuition told me something was very wrong. I know my body.

This time, I went to another doctor. Once the doctor finally got me into the examination room, he refused to do an ultrasound.

He said, "Sweetie, you're going to get bumps and bruises all over your body. You don't need to come in for every single one of them."

I pleaded with him to do an ultrasound. He told me point blank, "There's no way it's cancer. You're too young."

This story is part of our new The Warrior Way series. 9NEWS will highlight people who have overcome difficult times by finding light in their situation and helping others. To nominate someone, email their story to thewarriorway@9news.com.

This is where I advocated for my health. I was very persistent, and he eventually agreed to do an ultrasound.

An hour later, the doctor returned to the examination room with a completely different demeanor.

I was expecting to come in and leave with medication for the inflammation, but instead the doctor told me I have Hodgkin's lymphoma. It was stage 2.

I had a tumor on my left collarbone and my right collarbone, and a mass was growing in my chest — quickly. With a race against time, I began chemotherapy at Beth Israel Deaconess Medical Center in Boston.

There were times during chemo when I would just wake up and lay in bed. It was as if a truck had run me over. The treatment was so painful. Honestly, I wouldn't have been able to wake up every day if it weren't for my family and the support I received.

When the doctor said I have cancer, one of the first things I thought, "Am I going to lose my hair?"

I remember shopping for a wig with my dad, and it just didn't seem real.

The next morning after my second treatment, I woke up and noticed strands of hair on my pillow.

I thought to myself, "It's happening."

That night, I decided to take charge and comb out all of my hair. To my horror, I pulled fistful of hair painlessly. It was really traumatizing.

Up until then, I was in denial that I had cancer. Hair loss was the first physical evidence where I realized cancer was killing me. It was ripping my hair out. That was difficult to deal with.

I hated the way my wig looked, so I would throw a baseball cap over it. That fixed the problem!

Through my 501(c)(3) non-profit, the Verma Foundation, we started to make cap wigs — a baseball cap with 100% human hair attached. It's completely free to all cancer patients.

We've given over 600 cap wigs to patients across the country and in Singapore and Canada.

I read email after email from a woman saying why she needed a cap wig. To this day, I totally understand. I was there. I lived that. When we started to give out the cap wigs, I realized that I am not alone.

Know a warrior? He or she can be any one — a cancer survivor, an organ donor, a veteran, or someone who serves in a non-profit organization, program or hospital. A warrior is a person who inspires and gives hopes.

To share the story of a warrior in your community, email thewarriorway@9news.com.