Fitness tracker: Is it worth it?

Fitness trackers are a billion dollar industry with some researchers saying 60 million of us will wear them around our wrists by 2018. But are they really giving you the right information about your health? 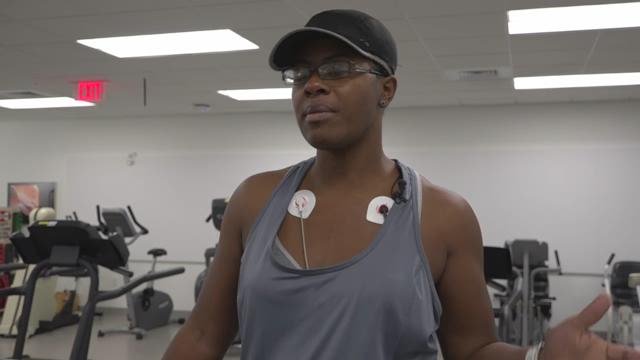 Fitness trackers are a billion dollar industry with some researchers saying 60 million of us will wear them around our wrists by 2018. But are they really giving you the right information about your health?

Cleveland Clinic cardiologists studied several brands of chest and wrist trackers to test the accuracy of each.

“We're finding the accuracy of these devices are not as good as we thought and this is confusing to patients, they think their heart rate is way too high or way too low,” says Dr. Gordon Blackburn with the Cleveland Clinic.

He was on the team that tested the heart rate function on five different brands.

In terms of accuracy, here’s how they ranked from best to worst:

“These can be off by as much as 20 or 30 beats per minute when the person is doing very vigorous exercise for the wrist strap,” says Blackburn.

We tested them for ourselves using two women who are avid exercisers. They ran on the treadmill for several minutes to see how their fitness bands compared to an EKG.

Our tester, Nicole, wore her own Garmin, which underwent testing by the clinic’s doctors, along with an Apple Watch. When Nicole’s heart rate was at 171, the Garmin’s heart rate said she was at 159 and the Apple Watch said 170.

Those results fall in line with what the Cleveland Clinic found in terms of accuracy. When the person was walking or at rest, the heart rate on all models was the most accurate.

Doctors say the only danger is when someone has a heart condition and relies on the fitness tracker to give them a true picture of heart rate.