'There’s a snake in my car:' South Metro firefighter pulls snake from the grill of woman's car

Add it to the list of his firefighter skills. 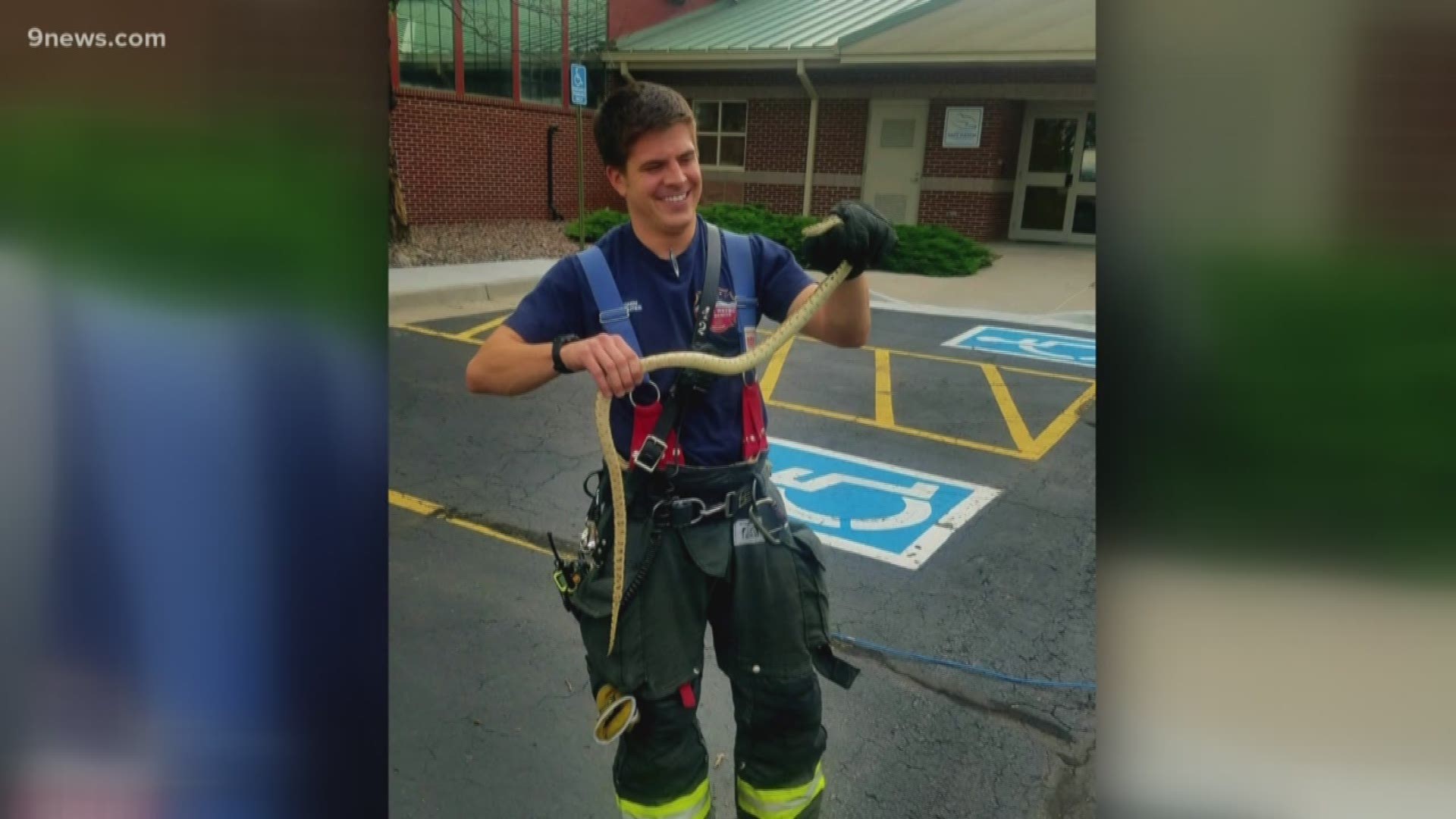 FOXFIELD, Colo. — John Cronin knew being a firefighter meant he would be asked to solve problems.

He didn’t expect the problems to ever involve a snake.

Tuesday afternoon, he was on shift at South Metro Fire Rescue’s Station 42 near South Parker Road and East Arapahoe Road, when a woman pulled her car into the station driveway.

“I looked down and there was a little snake head poking out, and I was like, ‘Oh yeah, there is!.’”

He added, “Us being firefighters, we solve problems. So I was like, ‘Alright, let’s see what we can do.’”

Cronin said the bull snake was deep enough that it was hard to reach. He wore a glove on one hand and managed to get a firm hold.

South Metro Fire posted a picture of Cronin posing with the snake on Twitter after he pulled it from the car.

“We’re cooking it for dinner tonight,” he joked.

In reality, “I set it free, into the wild, far away from the station!”

Cronin is a probationary firefighter, still in his first year with South Metro. He said this wasn’t the first time he has picked up a snake, but he has never enjoyed it. Cronin guessed he’ll remember this particular job for the rest of his career.