"For us as a family, we're really passionate about giving blood even if you don't know who it's going to." 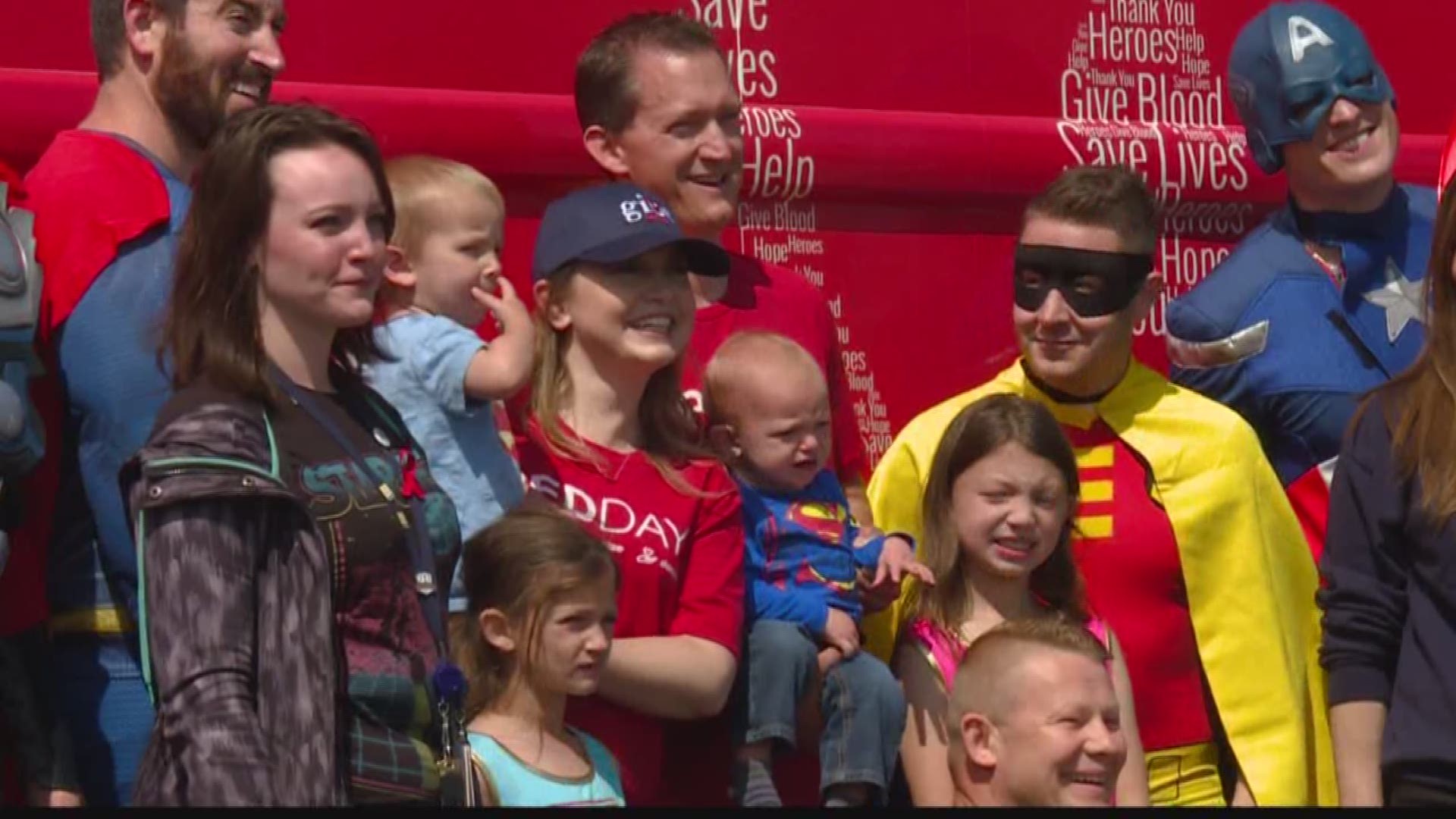 At Henry Heckenberg's third birthday party on Saturday, his family celebrated in a way that was a nod to how the little boy spent his last birthday: in the hospital.

Henry was diagnosed with a rare blood disorder called Autoimmune hemolytic anemia. It's an antibody that destroys his red blood cells.

While Henry was in the hospital, his mom Brittany says he was completely dependent on blood. Without blood donations, she says, he wouldn't be here.

This year for his third birthday, Henry is feeling much better and the family decided to throw him a big community party with a blood donation truck.

"Sometimes when you give blood, you're kind of faceless and nameless," Brittany said. "For us you can put a face and name to us."

Both Ryan, Henry's father, and Henry himself have been on the receiving end of blood donation.

"For us as a family, we're really passionate about giving blood even if you don't know who it's going to," Brittany said.

The Heckenbergs had face painting, superheroes, games and a Jeffco school bus.

Henry's mom says he only says a few words and "bus" is one of them.