9NEWS Photojournalist Tom Cole looks back on the obsession that led to him turning his entire backyard into a family hockey rink each winter. 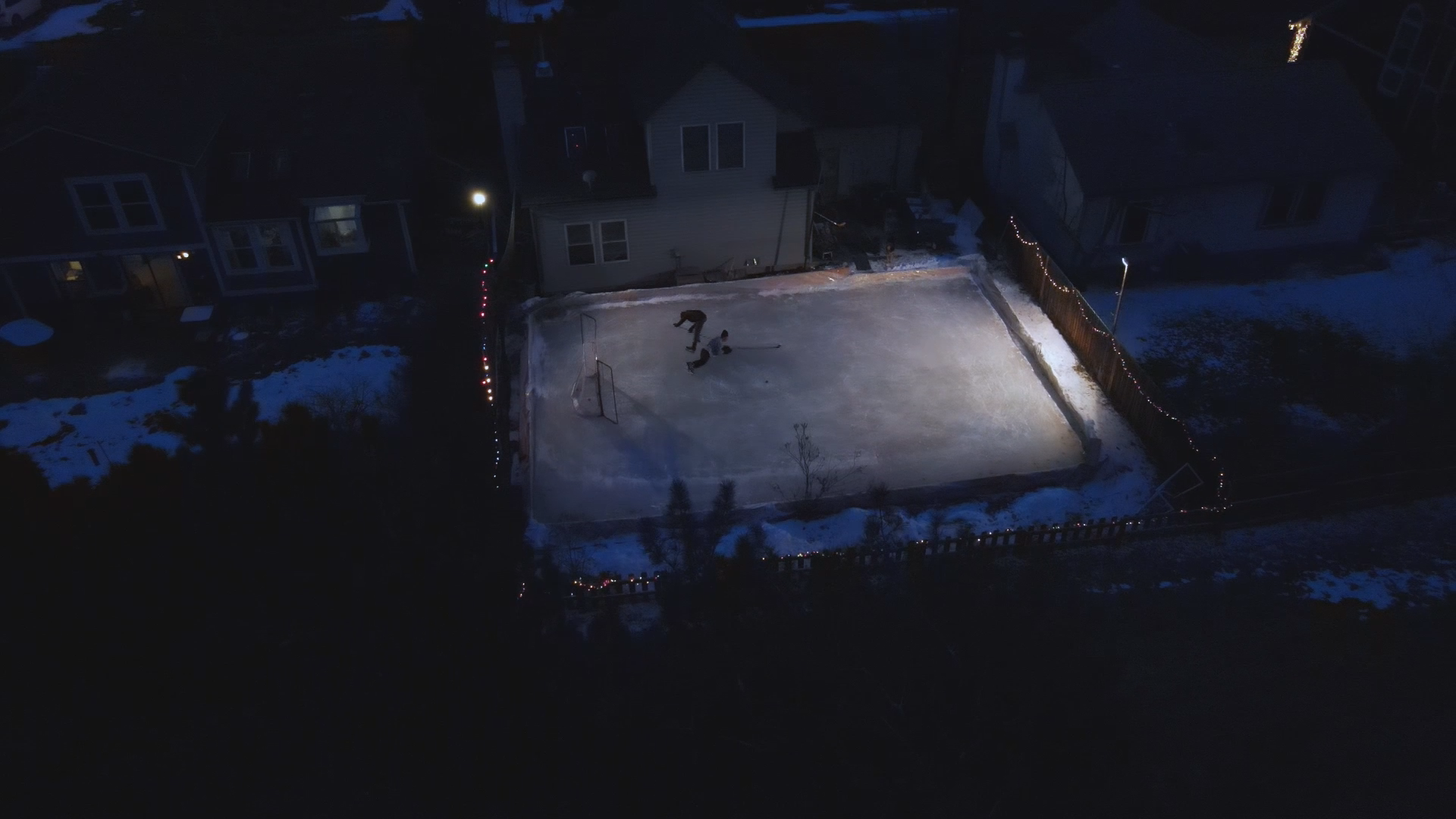 ARVADA, Colo. — When I tell people I have an “ice rink” in my backyard, I should really be telling them I have a chunk of ice in the shape of a rectangle surrounded by wood taking up space in my backyard.

I was hockey-deprived growing up.

I was born outside of Atlanta, Georgia: a city that has had two failed teams from the NHL. My family moved to Mount Kisco, New York shortly after I was born. My dad brought me to a hockey game at Madison Square Garden and all I remember doing there is laughing when the players checked each other.

As time went on, my allegiance to the New York Rangers started to grow. My dad would call home when he had extra tickets from work and would ask if I wanted “to go to the game tonight?” I would be bouncing off the walls with excitement in anticipation of riding the train into the city to watch my favorite team.

I was so excited after his phone calls, I would go into the basement and play hockey…with a real puck and a real stick. I was about 7 or 8 when things starting ramping up in the basement and I tore that place up. The cinder blocks were chipping away, the drywall had holes all over the place and the heat registers and baseboards were trashed. I may have broken some windows as well. Not to worry, I was going to a hockey game.

That was as close to playing hockey as I would get until about the 7th grade when my friend Richard Lyon suggested I try to play hockey at his neighborhood pond. I was awful but I loved it. I loved hockey so much I asked a friend if I could go to his team practice and just watch. I just wanted to be around hockey.

As time went on, I skated anywhere outside I could. I remember skating on my driveway once and completely annihilating my skates. I once skipped my exams in high school because the ice behind the campus was smooth like glass and I didn’t want to pass it up. My parents retired to Lake Winnipesaukee and one winter I skated from one end of Alton Bay to the other, about 3 miles.

I finally got my chance to suit up and play organized hockey when I was in college. At that point, I had never played a single minute of hockey, never been coached in hockey and never put on hockey gear. I was going to do all that in one night. I was horrible but I was also loving it. Looking back on it, I’m sure the guys on the team wondered how I could be so bad.

I continued skating when I moved up to Alaska in the early 1990s. They had outdoor rinks, and I was in heaven there. I had never heard of that back in the New England area. There were some cold nights up there but I had a friend who was just as nuts about hockey as me so we froze our nights away quite often.

In 2002, I moved to Colorado, married and started a family. A family always on the penalty kill; there were four of us. In 2007, I decided to try and build a small ice rink in our yard because we had a north-facing property. I put 2x12x12 wood down and framed out a small square and placed some 6 mil plastic within the frame and filled it with water. It worked. This is also a great way to see how unlevel your lawn is. I had close to a one-foot difference between the low end and the high end. That’s a lot of water.

I was able to put my skates on in the kitchen and walk out to the “rink”.

Over the last 14 years, I’ve made some modifications but none bigger than having a huge cottonwood tree removed so the rink could cover the entire backyard. This year's rink is the biggest and the best. The kids are older now so they need a bit more room.

I think it’s pretty apparent I’m making up for all that lost time I didn’t get to play organized hockey. With the backyard rink, I may have surpassed lost time.