'Now I have a piece of him forever': Woman's new knee from unlikely donor

Mary Parker had a third knee surgery last month. But this time, she knew her donor. 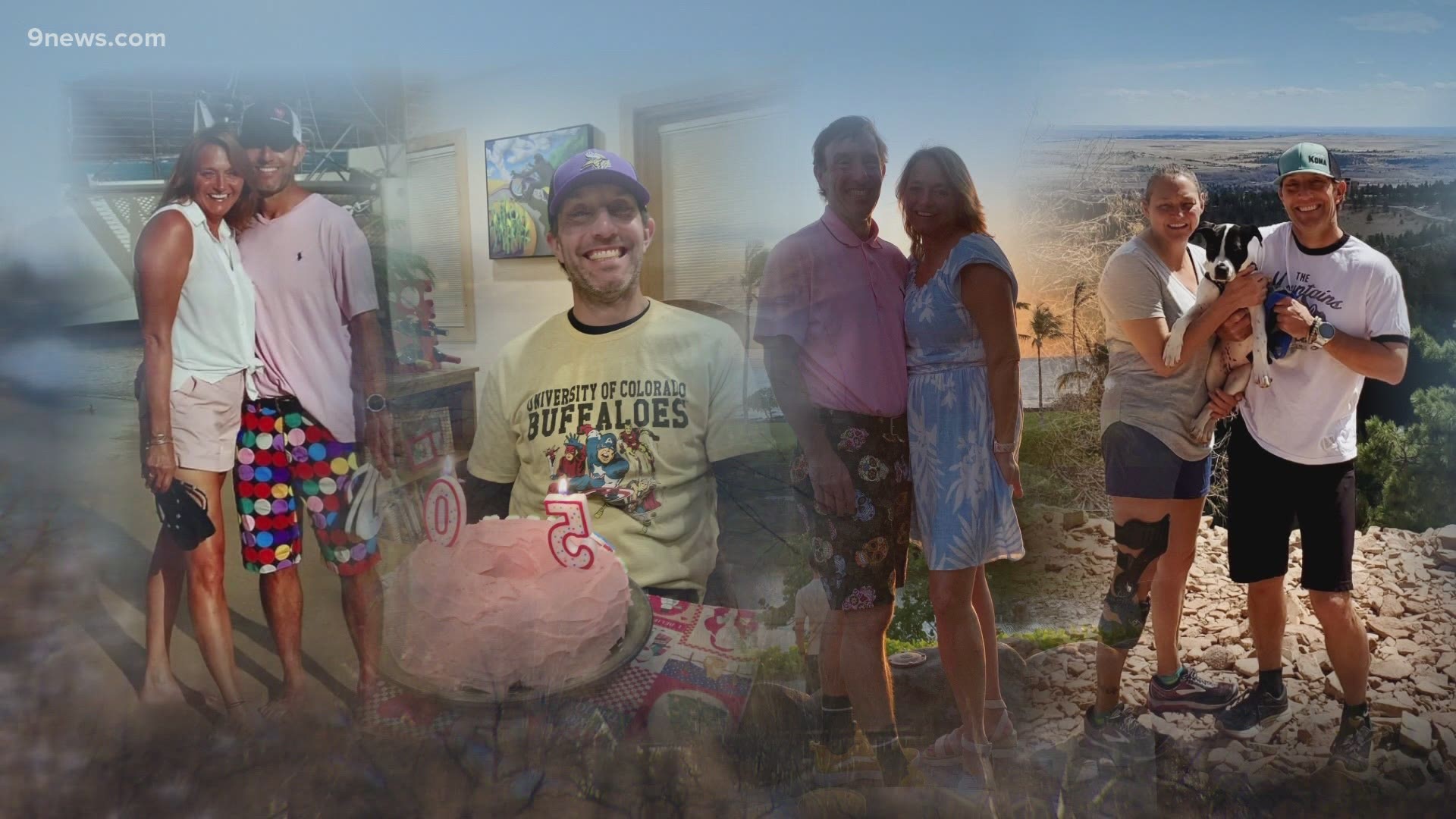 LAFAYETTE, Colo. — Mary Parker has written many notes of thanks in her 51 years.

Two of those notes were sent to strangers – families of the people who become organ and tissue donors. Thanks to them, she has been able to have two knee replacements.

Just last month, however, Parker had a third surgery. But this time there was no note because she knew her donor.

It was her late husband.

In early 2020, Mary Parker and her husband Eric traveled to Hawaii to celebrate their 51st and 50th birthdays. A short time later, they adopted a puppy and then the pandemic hit. Since they both loved to hike and run, they spent much of their time in quarantine outdoors. In early May they had settled into a routine.

“The week prior he (Eric) had run over 58 miles and hiked over 10 miles with his daughter and the dogs in the foothills," Mary Parker said.

On a Monday night, shortly after going to bed, their puppy started to whine. Mary Parker got up and brought the puppy into bed and a short time later noticed her husband was snoring.

“I tried to wake him up and he wouldn’t wake up," she said. "And then he stopped breathing and he took a last gasp. And at that point, I jumped up and started CPR, my daughter called 911.”

By the time doctors got his heart beating again, more than 45 minutes had passed. One week later, Mary and Eric Parker’s daughter was with them when he was taken off the ventilator. When asked about organ/tissue donation, Mary Parker knew that was what her husband would want. She also considered the possibility of getting a thank you note from another family one day.

Months later, Mary Parker took their dog on a hike and stumbled.

“My knee popped and it dropped me,” she said.

Her doctor told her she needed surgery again.

Six months to the day after Eric Parker took his last breath, Mary Parker underwent surgery. The procedure was a success and now she is slowly learning to move her leg again.

“As much as I would rather have my husband with me, now I have a piece of him forever,” she said.

Donor Alliance said this is a rare occurrence in tissue donation, although it has happened a couple of times before. Also worth noting, preservation time for some tissues is up to five years. If you want to know more about organ/tissue donation go to donoralliance.org.