116 bald eagles were seen during a five-minute count at Barr Lake State Park Monday morning, according to Colorado Parks and Wildlife. 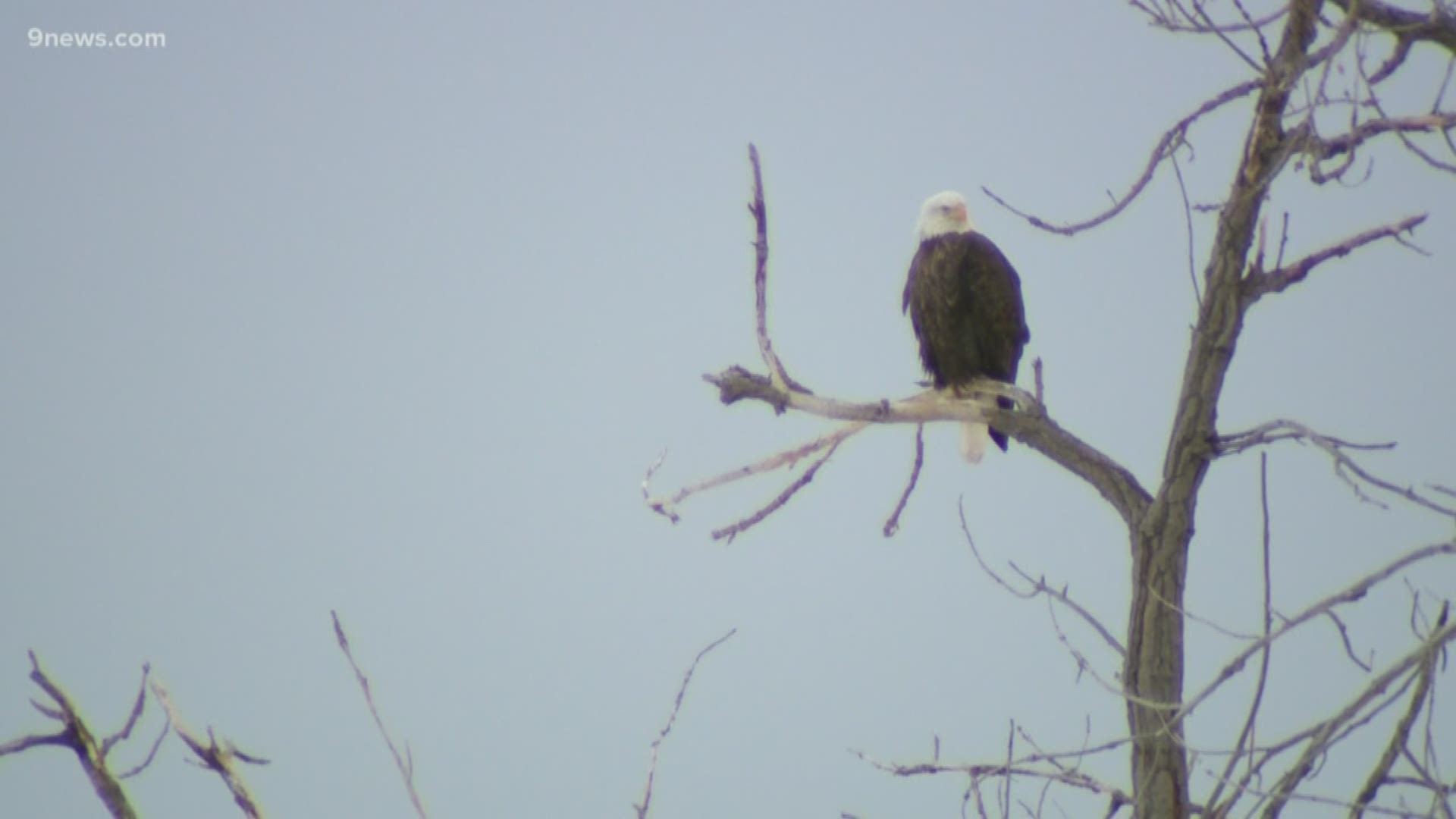 BRIGHTON, Colo. — More than 100 bald eagles were counted in just minutes at a state park near Brighton Monday morning, according to Colorado Parks and Wildlife (CPW).

Fifty-three of the bald eagles counted Monday morning were adults, and 63 were immature, CPW said.

Bald eagles are found throughout Colorado in the summer and winter months, according to CPW.

The birds can often be seen near large reservoirs and along major waterways including the South Platte, Arkansas, Rio Grande, Yampa and Colorado rivers.

Wildlife officials said bald eagles were listed as "endangered" on the U.S. Endangered Species List until 1995, when the species was downlisted to "threatened" status.

Experts now estimate that more than 16,000 nesting pairs live in the lower 48 states, according to the most recent statistics from the U.S. Fish and Wildlife Service.