Ask an expert: The truth about rawhide chews

Should rawhide chews for dogs be left on store shelves instead of being placed in the shopping cart? 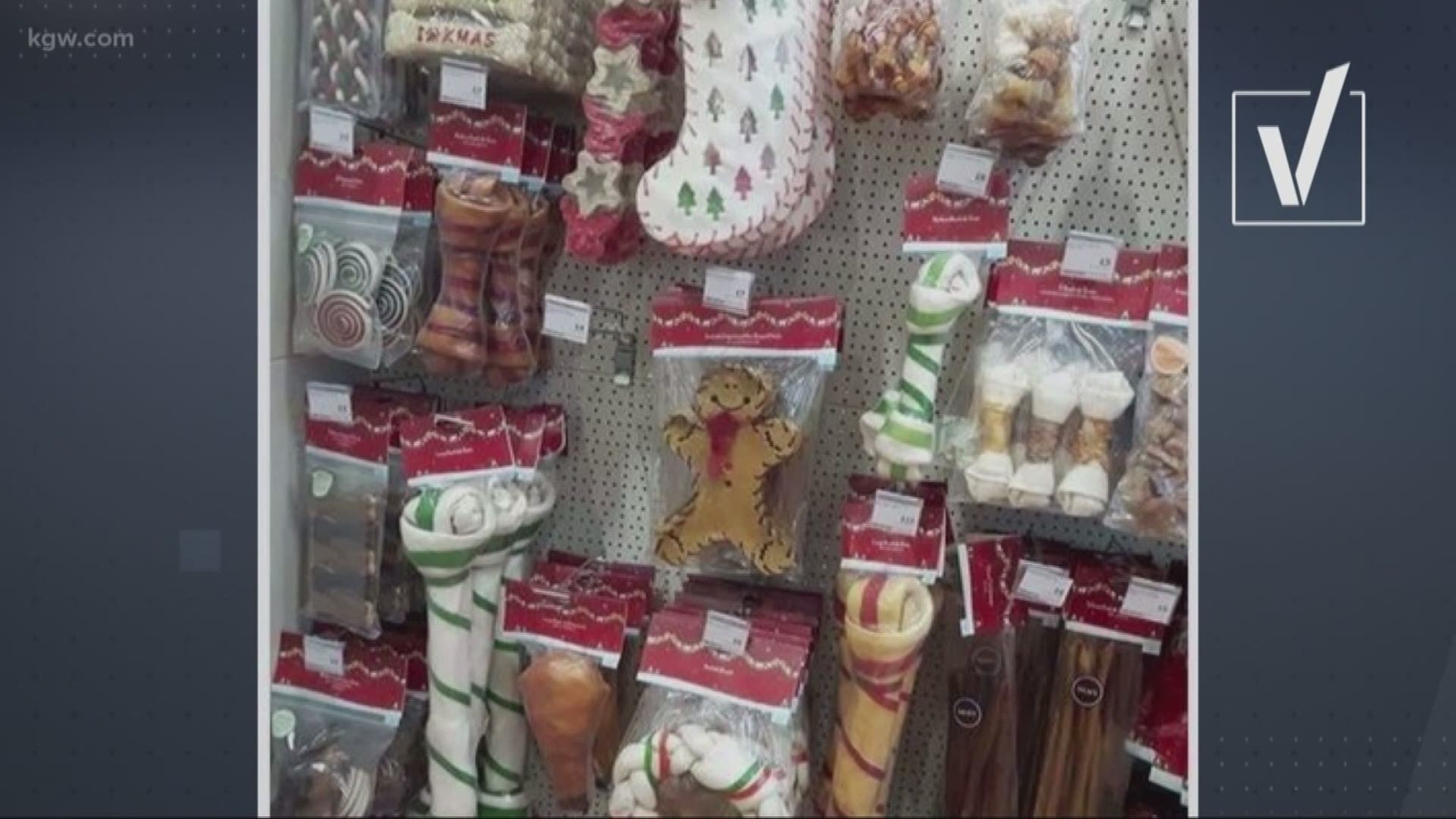 Rawhides can be dangerous for dogs — particularly when owners don't watch them closely — due to choking danger.

9NEWS sat down with Veir to learn more about rawhides after social media posts circulating claimed the rawhides — particularly the ones with red and green decorations often on display at local retailers during the holidays — are dangerous.

Some posts claim the treats are soaked in a toxic sodium sulfide to remove hair and fat, washed with hydrogen peroxide to give the white appearance and remove the smell — and that they can cause intestinal blockages and choking in dogs.

Rawhide chews are made with dried animal skins from the leather industry's leftovers, according to the American Kennel Club’s website, and can sometimes be flavored with beef or chicken flavoring.

9NEWS: What are the biggest concerns around rawhide chews?

According to Veir, if a dog ingests a rawhide or a piece of one, it can obstruct the esophagus, which in turn can be worse for the pet than intestinal blockage.

Veir said that this in part due to the difficulties of performing surgery in the esophageal area and that the esophagus can easily scar down and make for a small passage that is difficult for food to pass through.

“So it’s both the intestinal blockage as well as esophageal blockage, and they can be pretty problematic."

What are some tips for pet owners who do give their dog a rawhide chew?

Veir: "If there's any chance they are getting small enough that they can be swallowed, etc, they need to be taken away to be completely safe."

She said it’s important to monitor any dog closely when chewing on a rawhide and also suggested that pet owners look into possible alternatives to rawhide that would be a much safer alternative.

"There are lots and lots of other chew toys out there that are not rawhide...There's lots of alternatives out there, specifically designed dental chews, hard rubber Kong type chew toys, etc."

What about the chemicals used to make rawhide chews?

Veir: Veir said that while the chemicals being used on rawhide chews should not be completely disregarded, the risks associated with all rawhide chews, regardless of what brand, are the health complications that may arise from possible ingestion.

RELATED: 9 tips for avoiding scams while shopping this holiday season