Egg watch 2020 is on! Bald eagle pair on live cam has an egg

The egg was laid in the nest that is being watched by two cameras on Xcel's property in Platteville. 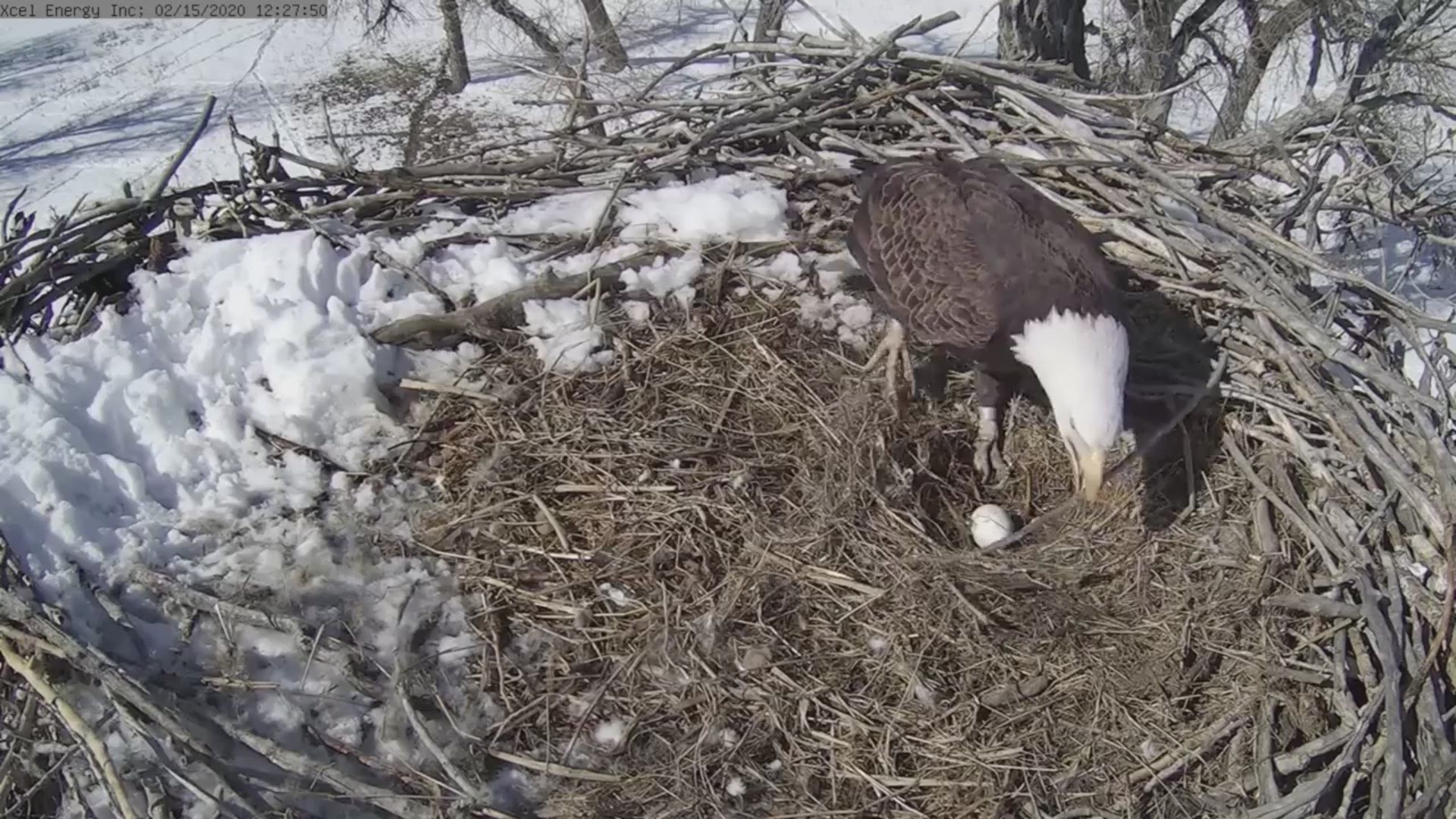 Xcel has two cameras positioned to watch the nest near the company's Fort St. Vrain Station. The pair of eagles lives in the 6-foot-wide by 5-foot-deep nest sitting high in a cottonwood tree.

The nest has been active for years and went online in 2003, according to Xcel.

The eagles usually lay eggs in mid-February, which then hatch in late March to early April. The young fledge (develop wing feathers for flight) in June. To date, 40 eaglets have hatched there, though the number of eagles that have made it to fledging is lower than that, according to Xcel.

Bald eagles are found throughout Colorado in the summer and winter months, according to Colorado Parks and Wildlife (CPW). The birds typically conduct nesting activities from January to June.

They can often be seen near large reservoirs and along major waterways including the South Platte, Arkansas, Rio Grande, Yampa and Colorado rivers.

Wildlife officials said bald eagles were listed as "endangered" on the U.S. Endangered Species List until 1995, when the species was downlisted to "threatened" status.

Experts now estimate that more than 16,000 nesting pairs live in the lower 48 states, according to the most recent statistics from the U.S. Fish and Wildlife Service.