300-pound bear took a nap so high in a tree, rescuers waited 12 hours to relocate him

CPW said they had to wait until the bear moved down the tree before tranquilizing it because a fall from 30 feet could hurt or kill the bear. 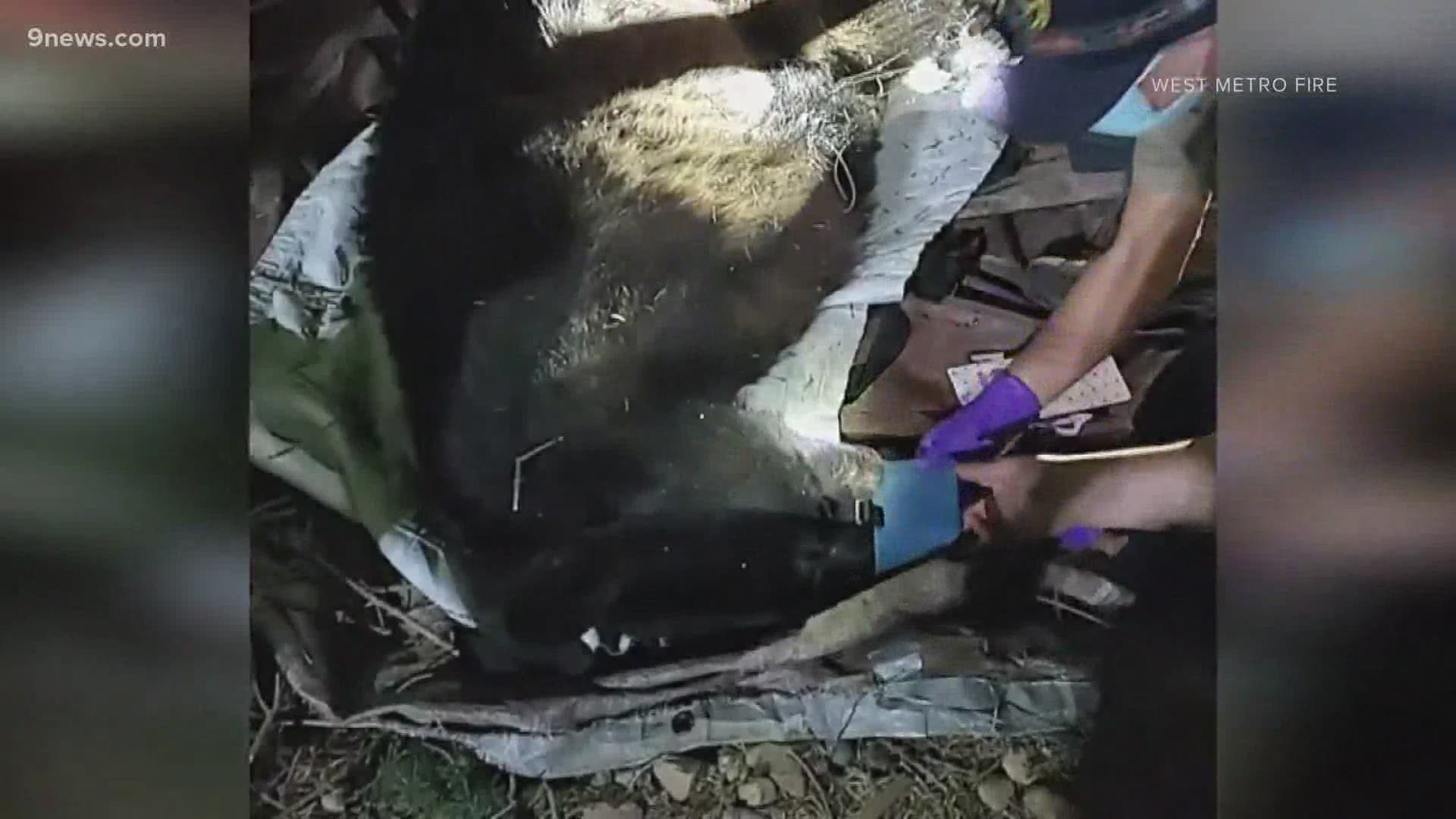 JEFFERSON COUNTY, Colo. — Colorado Parks and Wildlife (CPW) and West Metro Fire Rescue's technical rescue team had a late night Saturday after a bear fell asleep in a tree near a home in Lakewood and had to be relocated.

CPW said they were first alerted to the bear at 4:32 a.m. Saturday by Colorado State Patrol when the bear was reported crossing a road at Bear Creek Boulevard and Yale Avenue.

At 8:30 a.m. the homeowner, on Warren Drive, saw the bear in their yard, which then climbed high in a tree, CPW said.

CPW said they arrived scene about 10 a.m. and had to wait until the bear moved farther down before tranquilizing it because a fall from 30 feet could hurt or kill the bear.

Twelve hours later, officials with CPW and West Metro Fire were able to get the bear down from the tree after tranquilizing it and using a rope system to lower him safely to the ground.

The team built a rope system to lower him safely to the ground. The bear is being relocated to more suitable area. The rescue happened around midnight. pic.twitter.com/pWsoY0SrQr

CPW said the bear had been hanging around the area since September but didn't have an ear tag, which meant it wasn't an "offender."

Jason Clay, a spokesperson for CPW, said the bear was closer to 350 pounds, which is huge for Colorado. Male black bears in Colorado average about 275 pounds, he said.

It was also an old bear, Clay said. Based on its teeth, the bear could be about 15 years old.

Wildlife officers, with a big assist from @WestMetroFire & @LakewoodPDCO Animal Control, relocated this 350-pound bear out of Lakewood last night.

Thank you to the homeowners & neighborhood for being so cooperative during this 12-hour operation.