Bear spends an hour inside car with case of beer

The bear spent about an hour in the car and managed to detach parts from the doors. 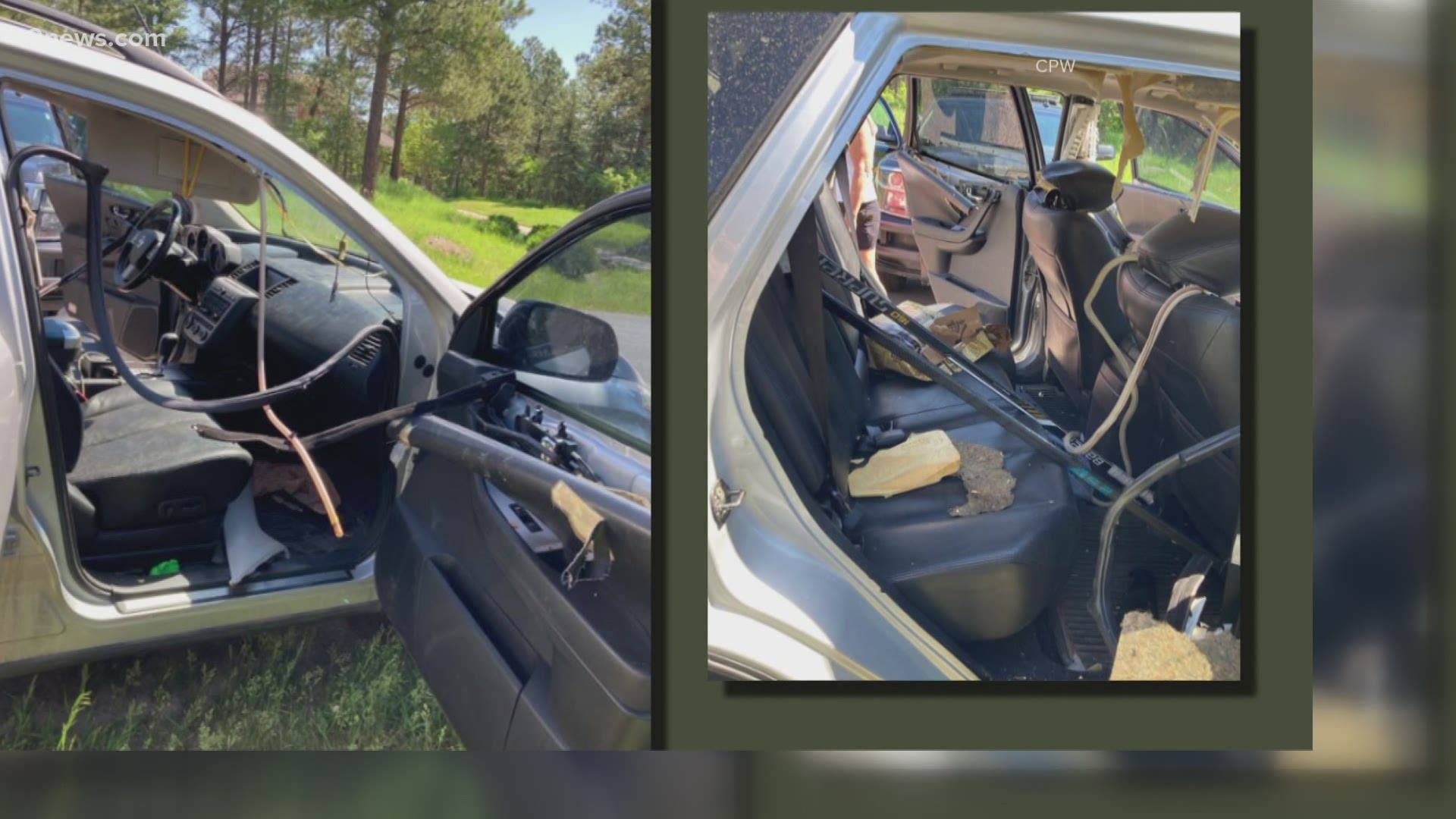 LARKSPUR, Colo. — Bears, they're curious, intelligent and very resourceful. Some might say a little too curious. Most people and bear interactions can be traced back to one thing - food.

On Tuesday, Colorado Parks Wildlife (CPW) reported a bear breaking into a car in Larkspur.

Could it have been for the case of beer in the backseat?

Unfortunately these photos serve as a reminder that if you are in bear country, you need to lock your car doors & keep it clean of all attractants. Bears break into cars often (484 times between 2019-20).

Yes, that is a case of beer in the backseat.https://t.co/9ZGhk8AJ6J pic.twitter.com/MspHdg7vpP

Whatever it was, the bear left it quite a mess. He spent almost an hour in the car and managed to detach parts of the doors, also removing the rubber lining. CPW said one of their wildlife officers and a Douglas County Sheriff deputy managed to get the bear out of the vehicle.

To avoid another break in, CPW advises to lock car doors and keep them clean of all attractants.

More tips from CPW to prevent conflicts between bears and humans:

RELATED: Tips for camping and hiking in bear country