Colorado Parks and Wildlife warned residents of bear country to always lock their cars so this doesn't happen to them. 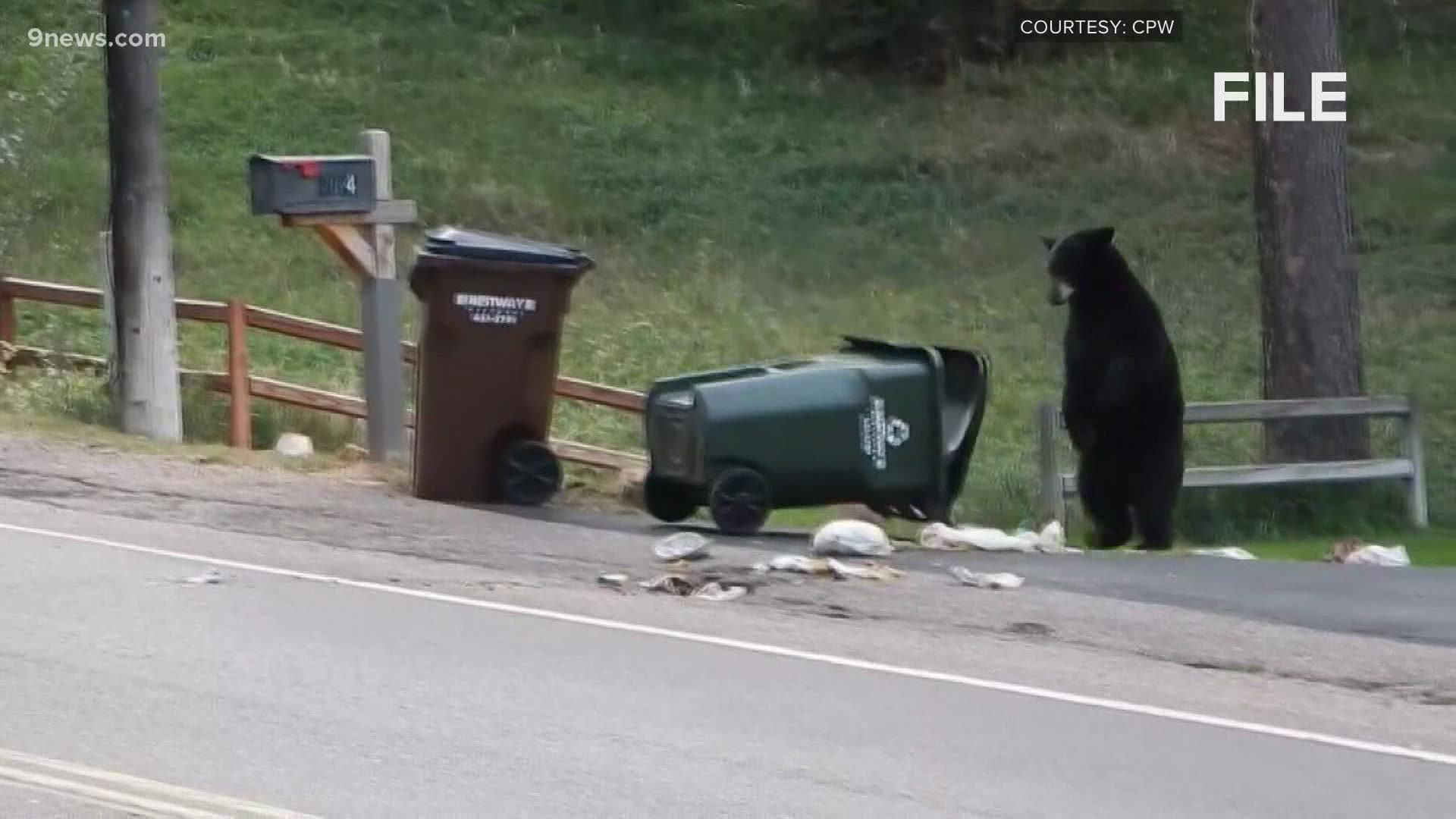 ESTES PARK, Colo. — The owners of eight vehicles woke up in Estes Park Saturday morning to find that a thief had gotten into their unlocked cars.

The culprit? According to the folks at Colorado Parks and Wildlife (CPW), it was a bear.

The incidents all happened along Fall River Road, CPW said, but this is something that could happen anywhere in bear country.

"Make it a routine to lock ALL your windows and doors for both your vehicle and home," CPW tweeted. "This is for your safety and for the lives of these amazing and resourceful creatures."

CPW said not all of the vehicles contained food or anything that would attract a bear, but our ursine friends are known to go from car to car to see if they're unlocked on the off chance that there is food inside.

Their natural food sources, like berries, are growing well this year thanks to extra rain. But sometimes the bears want a snack that's easier to get to.

"The natural food sources are probably pretty good for the bears, but they'll continue to search and that can be lowered into our areas, our human areas, our neighborhoods where there's prospect of easy meals," Jason Clay, a spokesperson with CPW, said. "Just because we've had a good year like that doesn't mean that us as humans don't need to secure our all our attractants."

Guess you can't blame a bear for trying.

In @TownofEstesPark, Wildlife Officer Rylands observed 8 vehicles overnight that a bear got into. ALL 8 vehicles were UNLOCKED.

While not all of the vehicles had food or attractants, some bears go from car to car just to see if they’re unlocked, then hope to find food. pic.twitter.com/DzDnmPMQ1o

CPW said black bears (which are actually blonde, cinnamon or brown in many cases), are curious, intelligent and very resourceful. They will explore all possible food sources, and they will return to homes, campgrounds, vehicles or communities where they've found food before.

"Bears are going to be searching for food and as the year progresses, we get in the fall and bear activity will really hype up as they're preparing themselves for hibernation," Clay said.

Bears that become aggressive in their pursuit of food must often be put down, CPW said.

"Every time we’re forced to destroy a bear, it’s not just the bear that loses. We all lose a little piece of the wildness that makes Colorado so special," CPW said on their website.