Four days after wildlife officers euthanized a bear at CU Boulder, another bear was seen on campus. 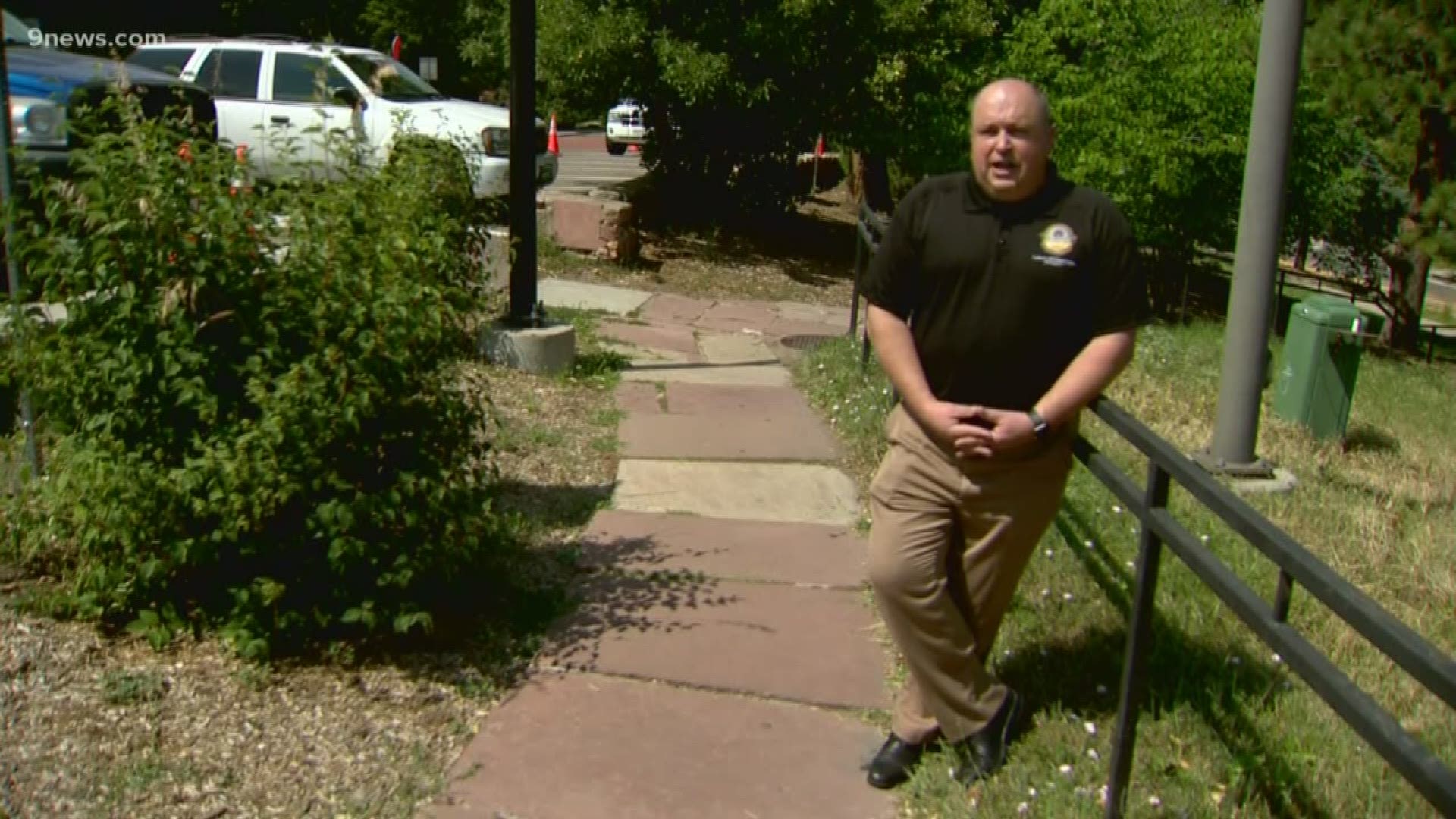 BOULDER, Colo. — Wildlife officers are hopeful a bear spotted on the campus of CU Boulder on Wednesday morning wandered back into the foothills, far away from students and parents unloading cars during a busy move-in day.

CU Boulder Police said the bear was reported near Varsity Lake on the northwest side of campus.

“Our officers responded to the area and discovered that [the bear] had actually left campus before we got here,” said Scott Pribble, spokesman for CU Boulder Police.

Cortez Patterson was working to direct traffic at Sewell Hall on Wednesday and took a quick break on a bench when he said a bear appeared from the bushes.

“Didn’t know where I was going to run, but my first instincts was just not to sit there, you know,” Patterson said. “You hear about all the bear encounters and some of the bad situations that can go down like that, so my first instinct was to just run.”

Patterson ran and so did the bear. Patterson said the bear headed west from Sewell Hall.

“That’s when I kind of calmed down a little bit,” he said. “Like, OK he’s actually going the opposite way.”

On Saturday, wildlife officers euthanized a 190-pound bear they corned in a courtyard on campus. Officers said the bear had ear tags which means it had been relocated before.

RELATED: Bear climbs out of dumpster, attacks man in Aspen

Wildlife officers put down another bear Saturday that had broken into several residences in Four Mile Canyon west of Boulder.

Bears are especially active this time of year in Boulder, and it’s not uncommon to see them close to campus.

“They are in their hyperphagia stage and that’s a stage where they’re basically just getting ready for hibernation,” said Jason Clay, spokesman for CPW.

CPW plans to host a town hall meeting Aug. 26 to talk about how wildlife officers work to mitigate human-bear issues. The meeting will be held at Foothill Elementary School from 6 to 8 p.m.

Fortunately, the bear spotted at CU Wednesday didn’t hang around campus for long.

“Sounds like the reports that we have of where the bear was headed and that it was moving in a good direction for it to get away from town,” Clay said.

After Patterson’s unexpected run-in with the bear, he got back to work directing traffic for the cars unloading at Sewell Hall.

He’d work the rest of shift on adrenaline, making for a memorable move-in day on campus.

“I mean my heart is still pounding,” he said.