On Thursday, tragedy struck the nest when an egg laid by Jackie the day before was pilfered by a pair of ravens. Then came a glimpse of hope. 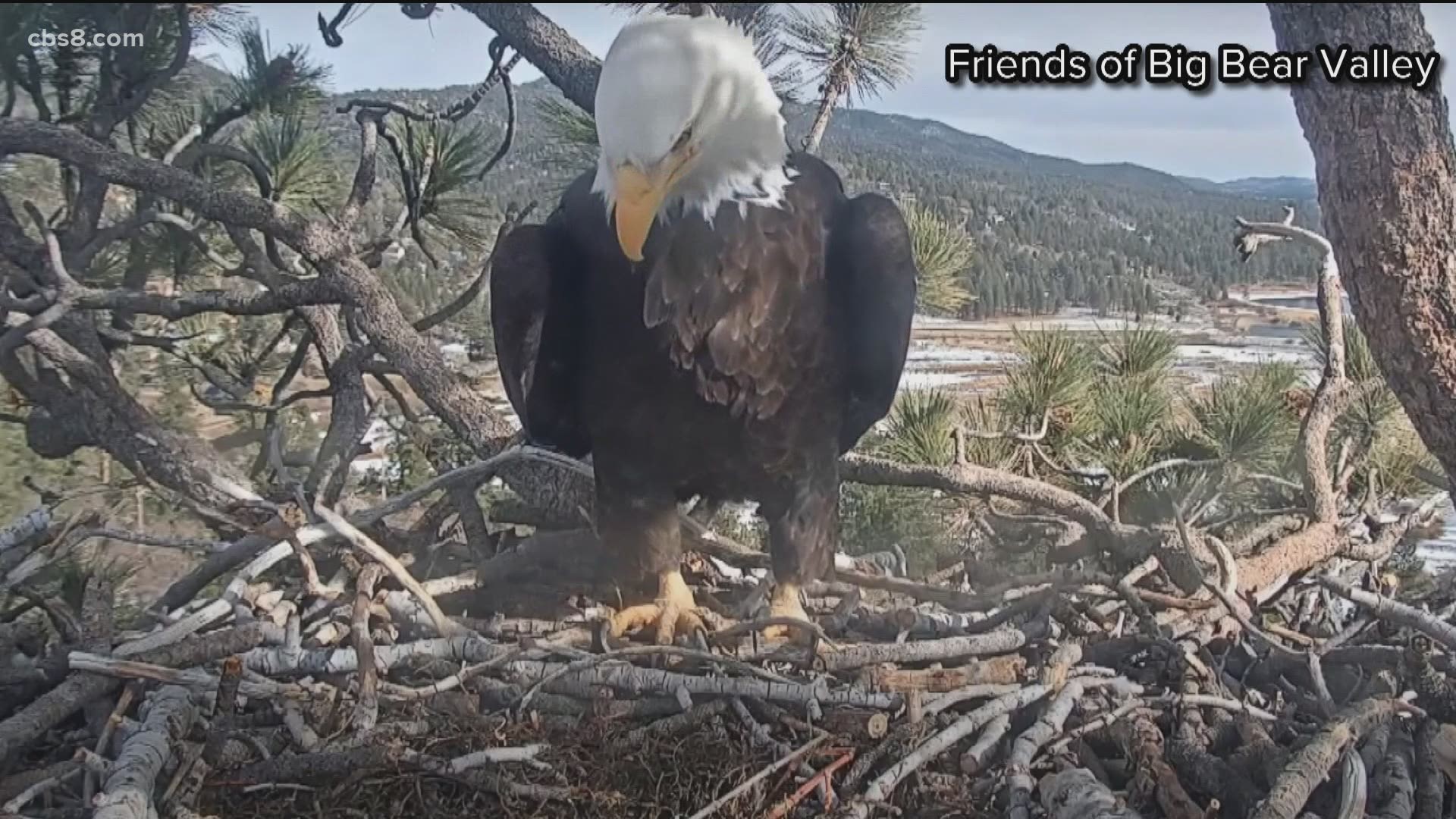 Jackie the bald the eagle, who winters in Big Bear, is one of only two eagles living on the lake. The other is her partner Shadow.

“It’s always emotional,” said Steer. “A lot of times it’s hard to watch nature. All the animals are doing what they need to do to survive.”

The two bald eagles pushed forward with their lives and just Saturday, Jackie laid another egg. All through the night and into the early hours of the morning, Jackie was never far from her egg. While the hours went by, the audience watching live on YouTube slowly grew. And when Jackie decided to take some time away from the kid – that’s when anxiety in the chat started to grow.

“Shadow, get your feathered fanny back to the nest. You’re on dad duty," one user said.

Luckily, Jackie returned to the nest and everything was ok. It’s not only this type of drama that keeps people watching these majestic birds. It’s the gentle rustling of wind and the sounds of Jackie’s calls.

“People haven’t had the chance to really watch nature up close and see what really happens as opposed to reading about it in a biology book," said Steer.

It’s a chance to have a front row seat in the real-life drama of Jackie and Shadow, an up-close look of why we protect these majestic birds.