Harassing wildlife is a misdemeanor in Colorado and could come with a citation. 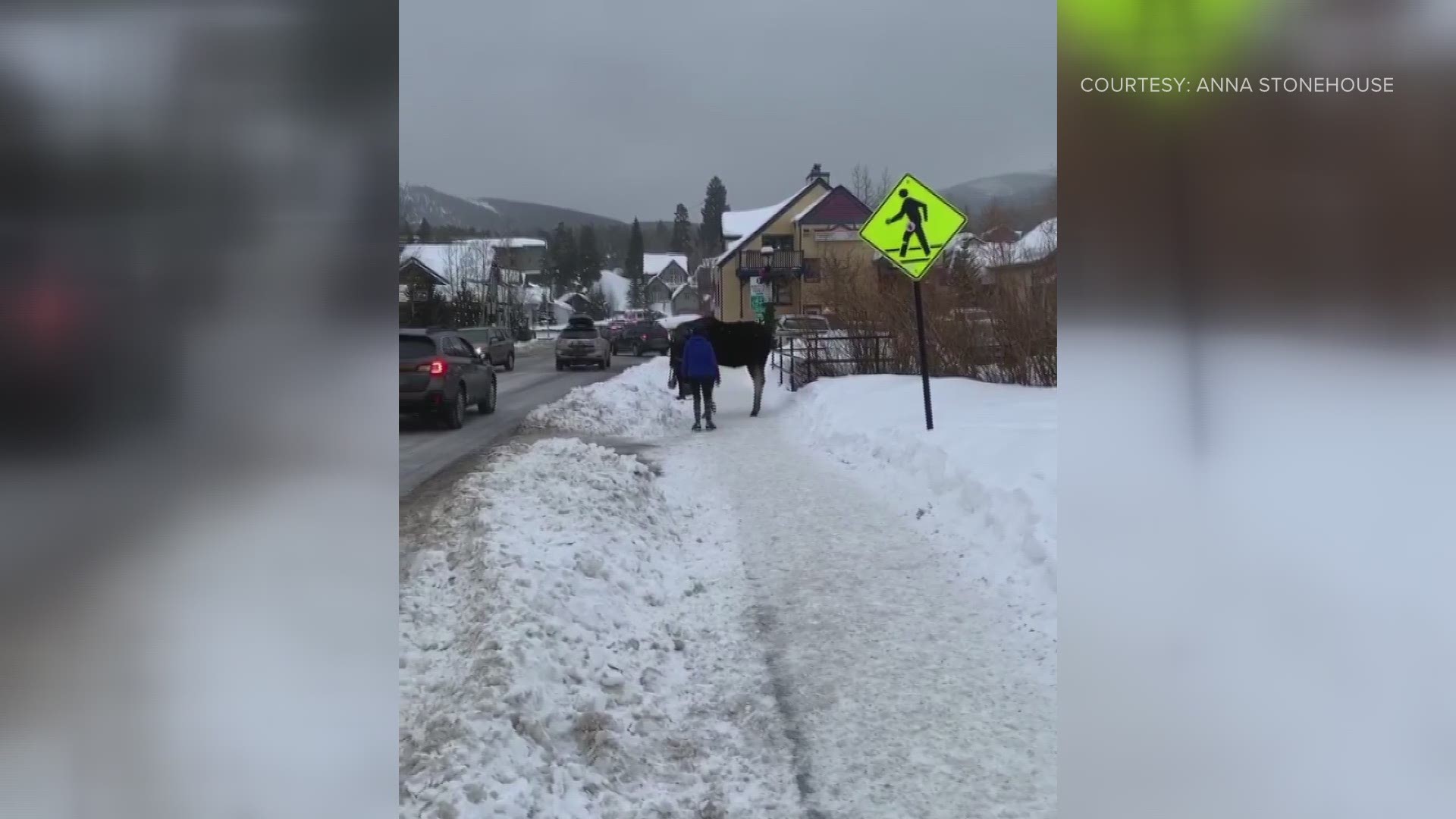 BRECKENRIDGE, Colo. — The Breckenridge Police Department said it has identified the woman seen in a video approaching a moose and then getting hit by the animal.

In a Facebook post, Breckenridge Police said it will be sharing the information about the incident with Colorado Parks and Wildlife (CPW). Harassing wildlife is a misdemeanor and could come with a citation.

The person who first posted the video on Facebook, Anna Stonehouse, said it was shot on Thursday. It was shared hundreds of times on her page and via the Summit Daily News.

“As the snow piles up, wildlife will go where their food is more accessible and may be more prevalent in town,” Breckenridge Police wrote on Facebook. “Please respect your own safety as well as our wildlife. These animals can be very dangerous when provoked.”

RELATED: CPW says someone feeding a doe corn caused her to die

Interactions between humans and wildlife have become a problem recently in Colorado. Earlier this month, CPW posted a video on Twitter that showed a woman luring multiple deer into her home and feeding them apples, carrots, bread, bananas and cereal while talking to them and calling them by names she apparently gave to them.

Moose and bears aren’t the only animals that have had more human contact.

When it comes to moose, CPW says people should keep their distance. After all, these animals are huge: weighing in at between 800 to 1,200 pounds and standing more than 6 feet tall.

If you accidentally run into a moose, CPW said to look out for signs of aggression which include laid-back ears, raised hairs on the neck and licking of the snout.

If the moose threatens you, CPW said to stay calm (again, easier said than done) and to talk, make your presence known and back off slowly.