WATCH: Moose encounter goes from peaceful to terrifying in a second

Colorado Parks and Wildlife shared the video as an example of what can happen when getting too close. 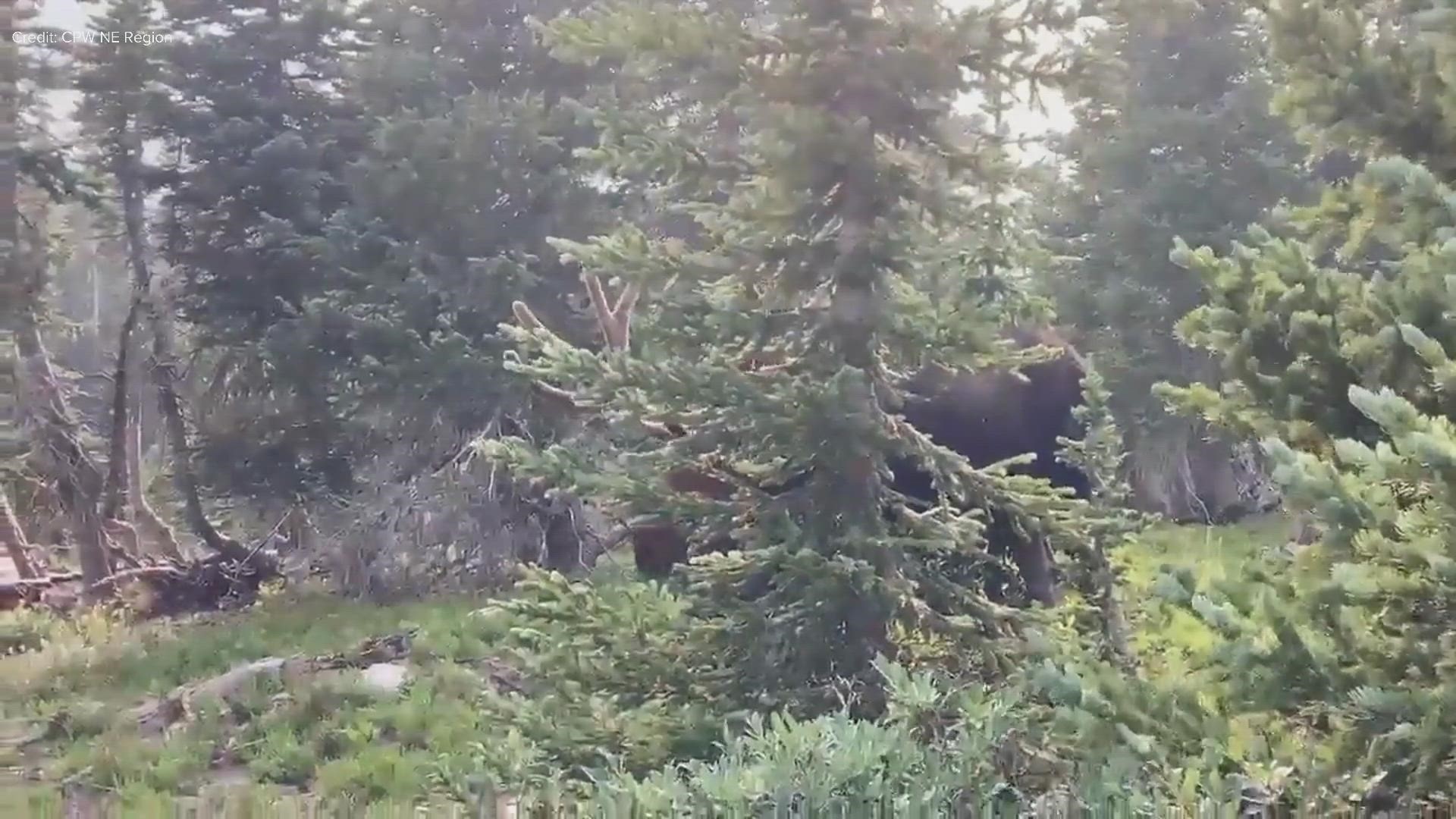 CLEAR CREEK COUNTY, Colo. — A scary encounter Saturday between a bull moose and an individual in Clear Creek County could have ended a lot worse than it did.

Colorado Parks and Wildlife (CPW) shared a video on Sunday of an individual who came across a bull moose walking along a willow bottom toward a lake. The person decided to shoot some video, and the moose seemed fine with this -- until it wasn't.

In a matter of a second or two, the moose went from a standstill behind a tree to charging straight at the camera and the person holding it.

The individual was able to get behind a tree, which the moose then hit, and the person got out of the encounter without injuries.

Afterward, the person walked away and out of the area, a CPW spokesman said. He said the encounter appeared to be random, which can happen in moose habitat, and luckily no one got hurt.

CPW says on its website that encounters between moose and people are common and moose cause few problems. But injuries can happen. CPW says it's aware of least 15 moose conflicts since 2013 that resulted in injuries.

The agency offers tips on its website on how to have a safe encounter with a moose:

RELATED: Moose commits hit-and-run (but at least the witness left a note)