The young bull moose was tranquilized and released outside of Craig, Colorado Parks and Wildlife said. 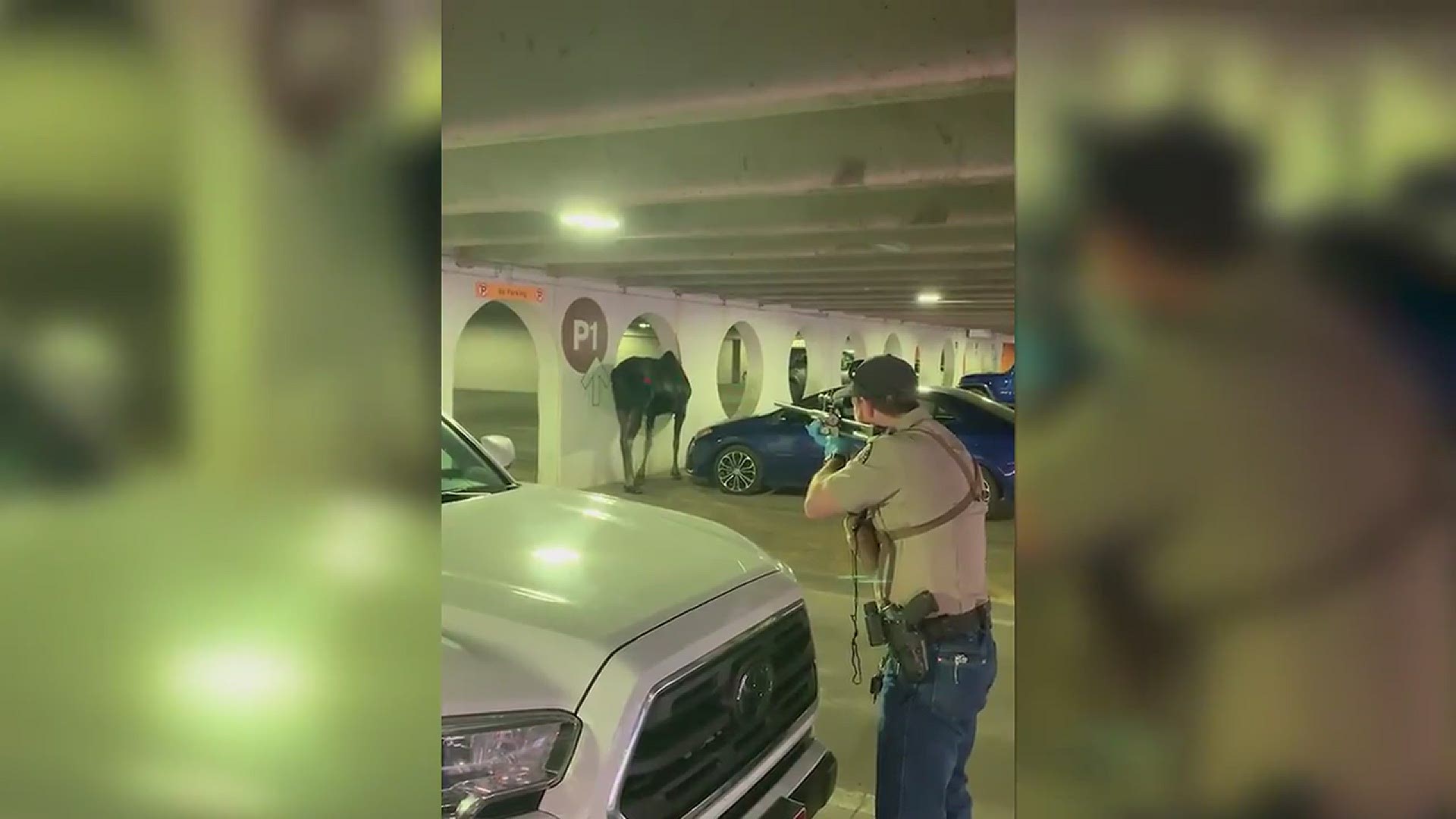 VAIL, Colo. — Wildlife officers had to transport a heavy load back into nature after a moose found itself in a parking garage in Vail.

Colorado Parks and Wildlife (CPW) said a young bull moose believed to be about two or three, was discovered in a garage in Lionshead Village Tuesday morning.

Officers tranquilized the moose, relocated the estimated 750-pound animal to a remote area outside of Craig in northern Colorado and released him into appropriate moose habitat Tuesday afternoon.

CPW said officers decided to relocate the moose after noticing he had become more accustomed to the area and was reluctant to leave on its own.

“We were definitely within that human health and safety realm where there could potentially be an injury to a human or the animal," said wildlife officer Devin Duval. "That is the reason we decided to move it.”

Wildlife officers release the bull moose that was relocated out of the parking structure in Vail on Tuesday. pic.twitter.com/9mYRPKt972

RELATED: There was a moose sighting on the Front Range, and it happens more than you'd think

CPW said it first started receiving calls about the moose frequenting a few neighborhoods in the area about a month ago.

Officers watched him since, and CPW said that they noticed it frequenting the ground level of parking garages within the past 10 days.

Despite working with Vail to remove residual salts that may have been an attractant to the moose, CPW said the moose continued to remain in the area.

“This moose was not electing to spend time elsewhere, but now people can be at ease walking to work through that garage and the moose will be moved to more appropriate habitat,” Duval said.

Vail Fire, Vail Police and crews from the Vail Public Works assisted with the relocation.