Video of the tiger roaming around on a person's front lawn has caught the nation's attention. 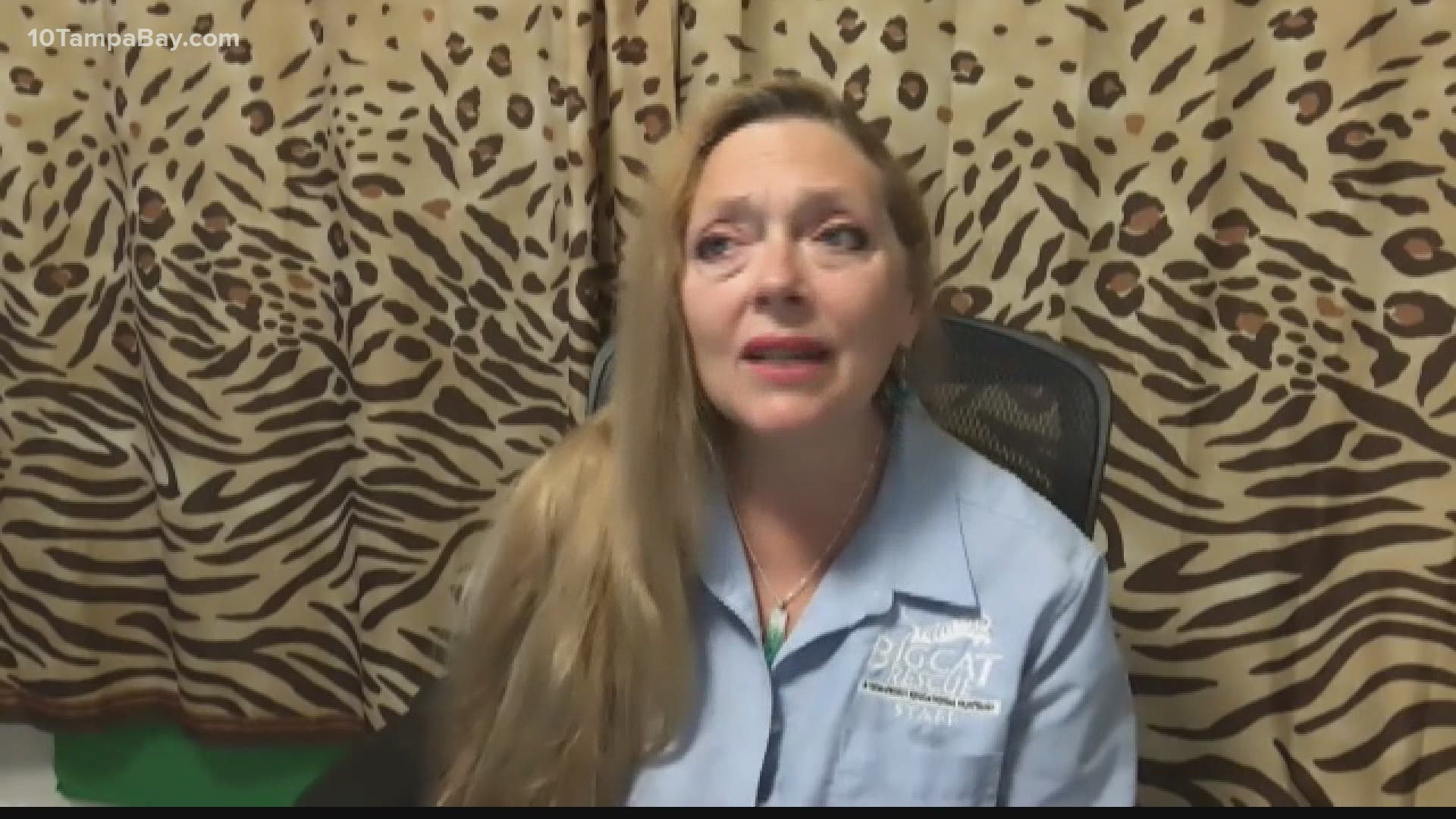 TAMPA, Fla. — A tiger last seen in a Houston, Texas neighborhood has caught the nation's attention.

The tiger's prowl was caught on camera Sunday night and quickly went viral across the internet. The man seen escorting the tiger back inside was arrested and is out on bond. He was already on bond for a 2017 murder charge, according to police.

The animal, however, is still missing. 10 Tampa Bay's Carolina Leid spoke with "Tiger King" star and Big Cat Rescue's Carole Baskin about the tiger on the lam.

Baskin said looking at the video she is impressed by the cop who backed up slowly, kept eye contact and didn't shoot the tiger despite the incredible risk.

"Everybody needs to be on high alert but the thing is you would probably never see that cat coming. You would never hear it coming and if it learned anything from its brief escapade outside it would be to stay hidden and that makes it even more dangerous," Baskin said.

Baskin also said she hopes more people will call their congress members to have them vote for the Big Cat Public Safety Act. The bill was introduced in the U.S. House in January but hasn't had any further action taken since February when it was referred to the subcommittee on Water, Oceans and Wildlife.

RELATED: Man who escaped with pet tiger is out on bond for murder in Texas, Houston police say