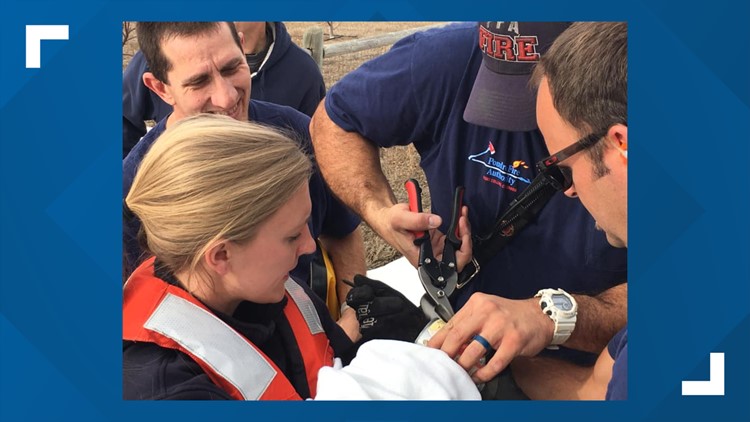 Cat with its head stuck in a can rescued on Christmas

LARIMER COUNTY, Colo. — First responders made an unusual rescue Wednesday, one they're calling a Christmas miracle.

A passerby called Poudre Fire Authority about a cat stranded on the ice at Cobb Lake. Not only that, the cat's head was stuck inside a can.

Firefighters wriggled their way on the ice to rescue the poor, prone puss.

After getting the cat back to shore, UCHealth EMS aided in cutting the can from the cat's head.

Larimer Humane Society is taking care of the cat in the meantime.

The people who reported the cat have offered to adopt it, if the cat's owner isn't found.

Cobb Lake is about a 9 mile drive northeast of downtown Fort Collins.