In Eagle County, 120 of 329 reports were linked to bears accessing trash, bird feeders and pet food. 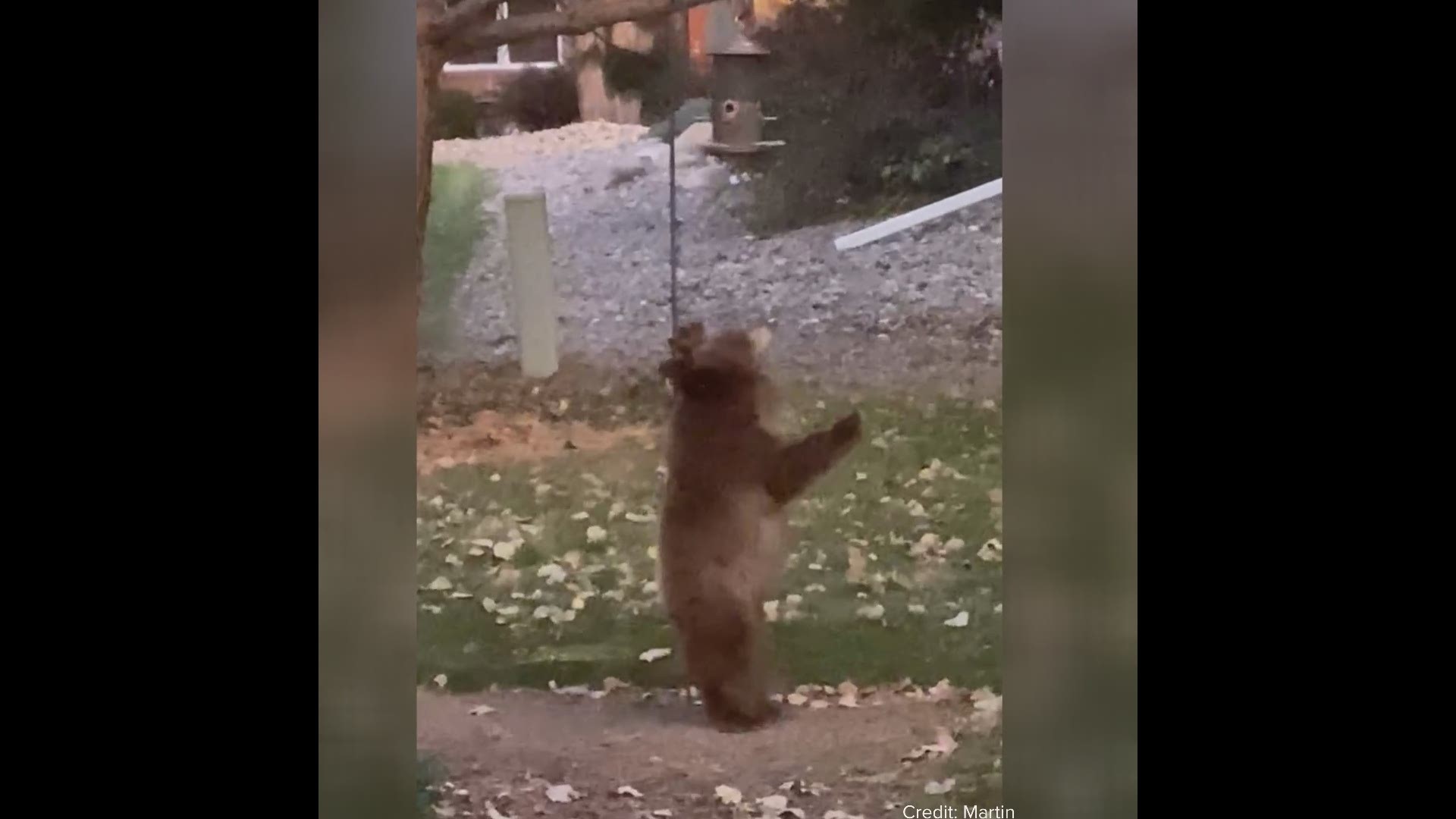 EAGLE COUNTY, Colo. — Colorado Parks and Wildlife (CPW) saw a statewide drop in black bear reports in 2020, but one-third of the 4,943 reports it did receive involved bears accessing trash people left out or failed to secure.

>> The video above aired Nov. 5, 2020, about a bear in Loveland playing piñata with a birdhouse.

While reports declined 23.5% in the northwest region of the state, they increased in Eagle County, where wildlife officials had to euthanize four bears.

In a news release announcing the report numbers, which were down from 5,369 reports in 2019, Matt Yamashita, the wildlife manager who supervises the Vail, Aspen and Glenwood Springs areas for CPW, said he would “unfortunately” classify 2020 as a fairly normal year for bear activity in the state.

“ 'Unfortunate' is in reference to the still substantial number of conflict bear calls across the state,” Yamashita said. “Compared to 2019 statistics, it appears that human-bear conflict numbers have decreased and the situation is improving. However, wildlife managers are hesitant to draw conclusions from a comparison between two years. As with many aspects of wildlife management, managers look to identify trends in data over several years to ensure that change is persistent and meaningful.”

>> Read the full story on the Vail Daily

RELATED: A third of bear-human conflicts in 2020 were caused by trash, CPW says