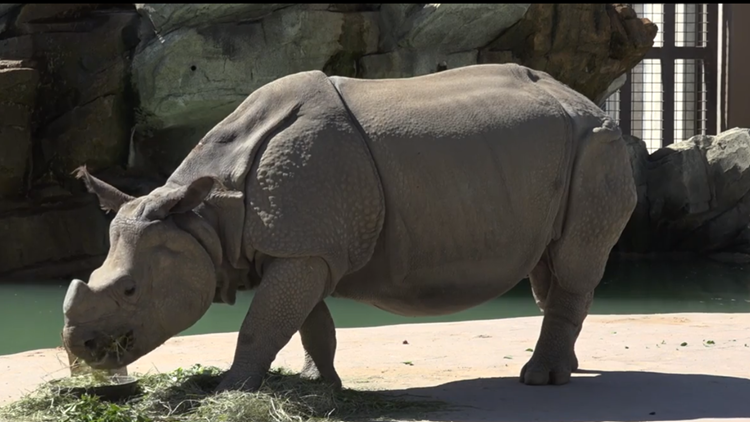 On Sunday, the zoo tweeted a video of Tensing, who was all ears as musicians of the Colorado Symphony performed for her.

The zoo said they teamed up with the Colorado Symphony to provide impromptu performances for animals in the zoo and proved that music is a universal language in the process.

Jake Kubié, Director of Communications at the Denver Zoo, shared how the partnership was a unique opportunity for the zoo, according to their website.

“We love finding ways to work with fellow Science and Cultural Facilities District organizations, especially when there’s an opportunity to do something unique and unexpected for our animals, guests, staff and the entire community,” said Jake Kubié, Director of Communications at the Denver Zoo. “That was certainly the case with this collaboration—and I think it’s something everyone is really going to love!”

The zoo also shared an ultrasound video of Tensing, who is 13 months pregnant. The baby is now the size of a large watermelon and its kicking legs and head can be seen in the video, according to the post.