"Right after our two officers heard the howls from the wolves, they used binoculars to observe approximately six wolves ... " 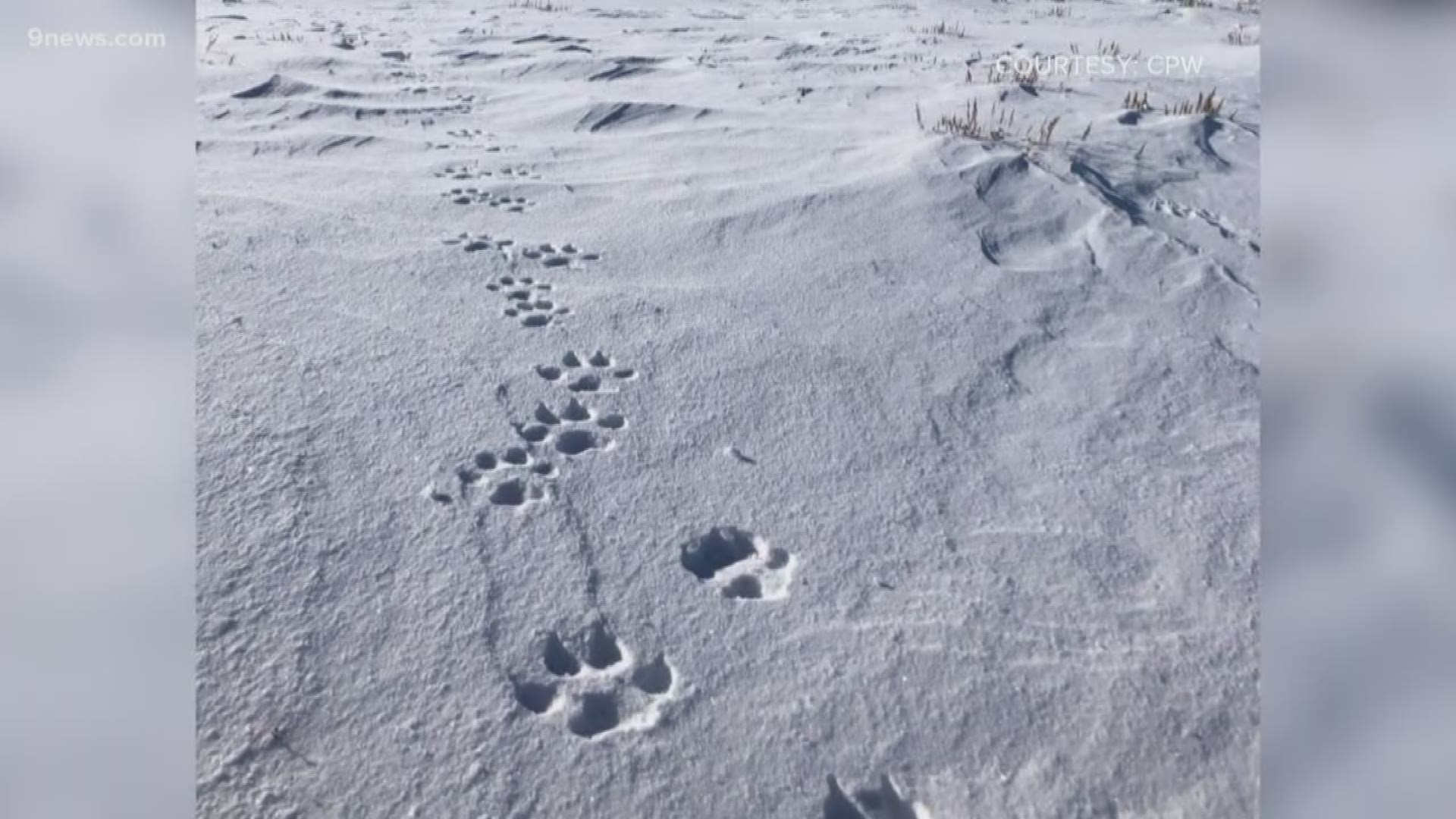 MOFFAT COUNTY, Colo. — It's official – a group of wolves is residing in northwest Colorado.

CPW said while investigating the discovery of an animal carcass surrounded by large wolf-like tracks Jan. 19 in the northwest corner of Moffat County, wildlife officers heard distinct howls within the area.

"Right after our two officers heard the howls from the wolves, they used binoculars to observe approximately six wolves about two miles from the location of the carcass," said JT Romatzke, Northwest Region Manager for CPW. "After watching them for about 20 minutes, the officers rode in to get a closer look. The wolves were gone but they found plenty of large tracks in the area.”

According to the officers, the tracks measured about 4.5 to 5.5 inches and appear to have been made by at least six animals.

“This is a historic sighting. While lone wolves have visited our state periodically including last fall, this is very likely the first pack to call our state home since the 1930s. I am honored to welcome our canine friends back to Colorado after their long absence,” said Governor Jared Polis in a news release from CPW. “It’s important that Coloradans understand that the gray wolf is under the protection of the Endangered Species Act. While the animals have naturally migrated to our state and their presence draws public interest, it’s important that people give them space. Due to their Protected status, there are severe federal penalties for anyone that intentionally harms or kills wolves in our state.”

According to the US Fish and Wildlife Service, killing a wolf can result in federal charges, including a $100,000 fine and a year in prison, per offense. The public is urged to contact CPW and fill out a report if they see or hear wolves or find evidence of any wolf activity in Colorado. The Wolf Sighting Form can be found on the CPW website.