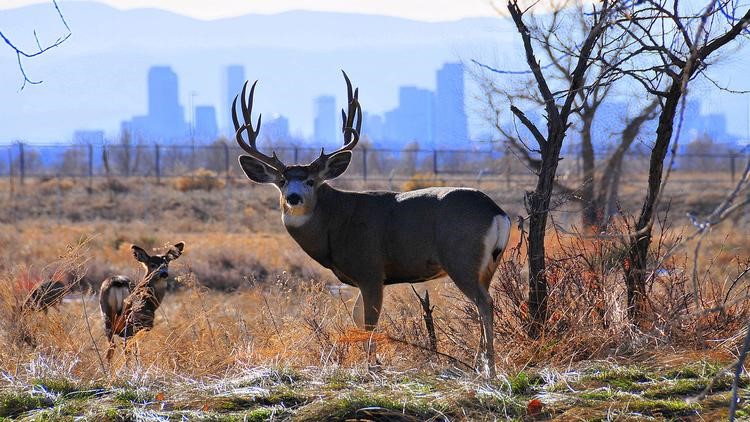 CRAIG, Colo. — Colorado Parks and Wildlife (CPW) is asking for help finding a suspect who is accused of illegally shooting and injuring a mule deer buck in Craig.

On Dec. 31, the department got a report of an injured animal near the 700 block of Barclay Street. An officer responded and found a deer with an arrow in its left rear hip, according to CPW.

CPW said the officer believes the deer was shot earlier that day and the wound looked "fresh."

Jason Clay with CPW said the deer is expected to survive and was left alone. He said he believes wildlife officers will continue to monitor the deer for signs of infection.

The arrow that was used was described as a relatively new black carbon arrow with two green fletchings and one black fletching. Officers believe there is a chance the arrow was a Christmas gift based on its new condition.

CPW is asking anyone who may have information about who might have used this arrow to contact them.

“This could be information on someone target practicing with this type of arrow in the area, or receiving them as a gift over the holidays,” said CPW wildlife officer Mike Swaro.

Swaro said the department is also encouraging the perpetrator to come forward.

"Whoever commits any wildlife crime has the opportunity to do the right thing and turn themselves in immediately, and we will take that into account when determining charges," said Swaro.

Anyone with information can remain anonymous by utilizing the Operation Game Thief program by calling 1-877-265-6648 or via e-mail at game.thief@state.co.us. You can also contact Wildlife Officer Swaro directly at 970-942-8275. Monetary rewards are available if the information leads to an arrest or citation.