What to expect from wildlife during the stay-at-home order

People could start to notice wildlife in urban areas more, but CPW said it's doesn't necessarily mean their behavior is changing. 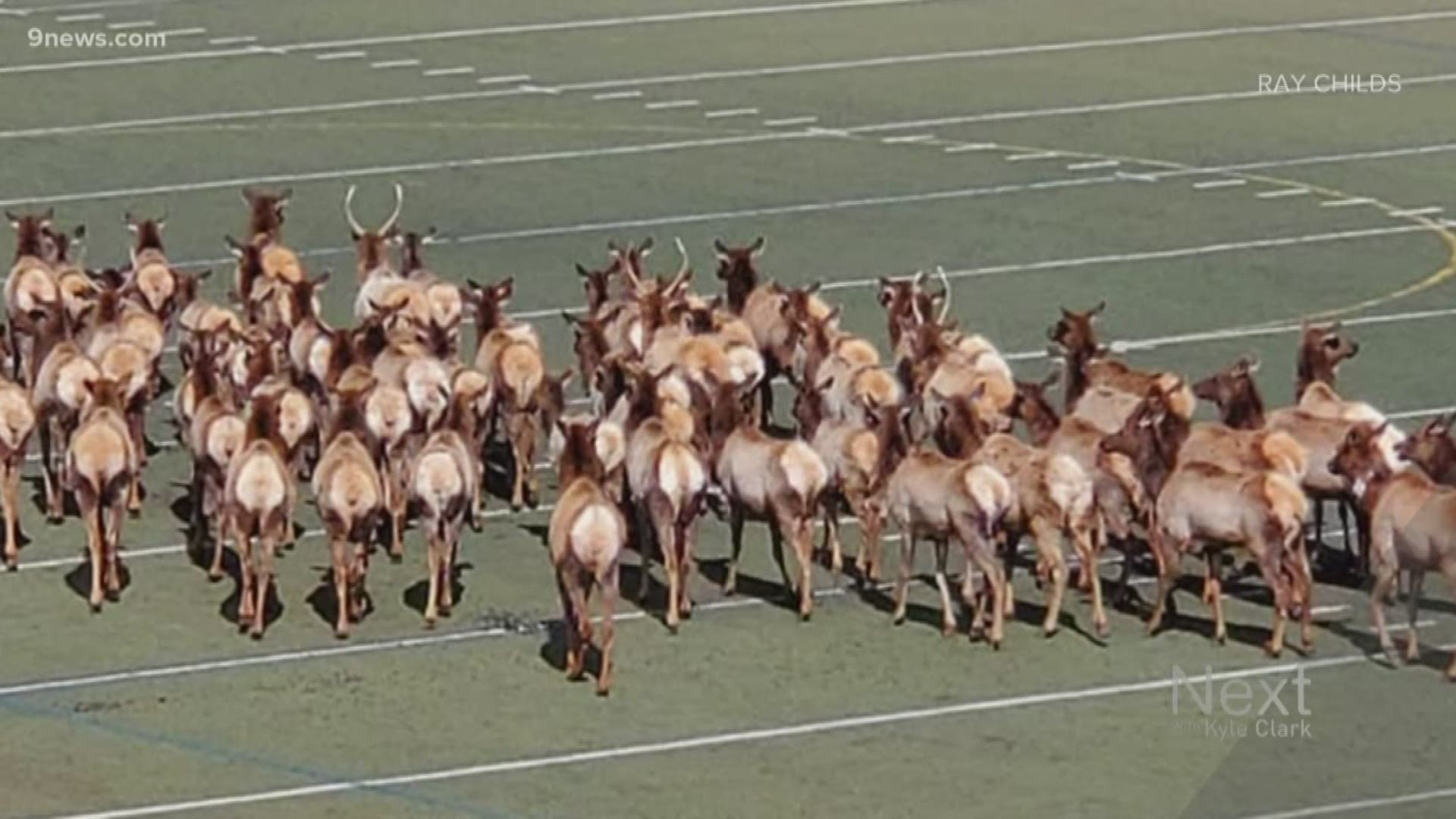 DENVER — Some may see this picture of an elk heard on a golf course in Golden and think, "That's unusual," and others may think, "They're not practicing social distancing."

Such is the world we now live.

But seeing more wildlife out and about doesn't necessarily mean the animals are acting abnormally just because there are fewer people around.

That's according to Colorado Parks and Wildlife (CPW), which is monitoring the behavior of Colorado's wildlife as the stay-at-home order continues and more citizens are not leaving their homes to help prevent the spread of the novel coronavirus.

“I think you are going to have short-term movements, but you likely will not see anything drastic,” explains Shannon Schaller, the senior wildlife biologist for CPW’s northeast region. “It takes a while for wildlife to figure it out. It’s an over-time, repeated and learned behavior that generally has to become habitual. I don’t see any real changes coming for wildlife, although individual animals or species are going to be opportunistic.”

According to a release from CPW, If parks, trails or open spaces are packed with people, the animals will go to areas with less commotion. If these places are quiet, you could see wildlife utilizing those areas more.

“They do learn to enjoy the benefits people sometimes provide, like illegally leaving out food,” Schaller said, “but as we slow down or even eliminate our activity in certain areas and they feel the comfort of being able to hunt, eat or rest because we are not there, that’s logical.”

CPW says given our current affairs, there will be more wildlife observations than what normally takes place. With people at home or being outside, wildlife sightings could increase.

CPW does not ask the public to report normal wildlife sightings, such as feeding, resting or traveling across the landscape. Those types of calls tie up dispatchers and wildlife officers who are needed for emergency calls.

This is also a time that can be used as an educational opportunity to learn about nature and wildlife. Colorado Parks and Wildlife has a library of online materials to assist with this. Those learning resources include: