When the bear arrived at the rehabilitation facility, she was only 13 pounds, CPW said. 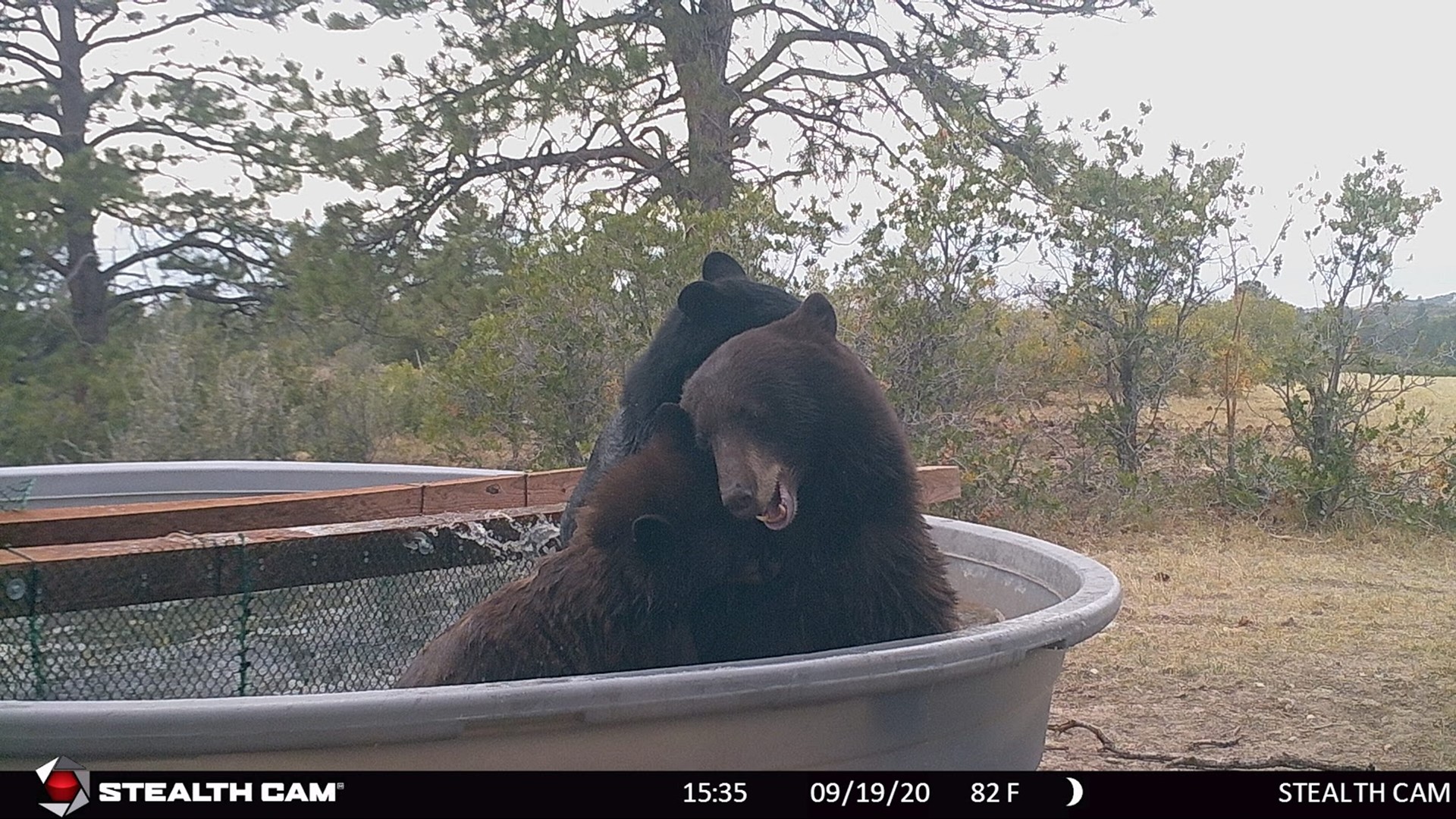 DURANGO, Colo. — A cub found emaciated and eating out of bird feeders earlier this month north of Durango will make a full recovery, Colorado Parks and Wildlife (CPW) said in a Facebook post on Friday.

>> The video above is a video montage of really, really good bear photos.

CPW said it found the female cub on Jan. 5 with injuries to her paw.

The cub was starving and dehydrated. CPW said they believed she might have been orphaned early in the summer.

Credit: Colorado Parks and Wildlife
The bear cub had injuries on its paws.

She will stay and complete her recovery at the Frisco Creek Wildlife Rehabilitation Center in Del Norte. The center mimics as much as possible the conditions an animal will face in the wild to prepare it for a successful release.

Bears that come to Frisco Creek have minimal contact with humans and live in a secure enclosure with other bears. The enclosure has tree branches, stumps, boulders to imitate conditions in a forest, and metal containers for hibernation.

Though only 13 pounds when they met her, the cub was growing and transitioning to solid foods, CPW said.

CPW said she would spend the rest of her hibernation at the facility, with minimal human contact. The facility was hopeful for a release date of early spring.

RELATED: Gang member sentenced to 40 years for murder over $20 debt